WGN Wising Up with Smart TV

The desire for on-demand television programming is about as old as television itself, but short of VCR taping or TIVO recording—both practices long disdained by content providers—the option to watch the shows you want without adhering to rigid TV schedules is a relatively recent development. Smart TV technologies like Google TV and Roku are leading the charge, offering content providers a platform to provide instant TV streaming to viewers who increasingly expect flexible viewing options.

Last month, WGN-TV became the first local news station in Chicago to offer a Smart TV app, which is available for Google TV. The app serves WGN video content as well as headline feeds from their sister news organization, the Chicago Tribune.

The app allows users to watch archived segments from any of its regular newscasts, from lighthearted cooking segments and fashion demos to hard-hitting special cover stories. Viewers who miss a broadcast or wish to see a segment again can draw it from the archive at their convenience.

“Anybody who has a Smart TV can download the app and then they can just plug it in and play,” she explained. “They can watch our stream live, they can also get to other articles, that type of thing.”

As the largest provider of local TV news in Chicago, WGN was naturally poised to lead the pack as the line between traditional broadcast and digital media blurs. The app was produced in-house by WGN’s Web producer Dietrich Zeigler, and without the aid of outside developers to ensure the product would be uniquely suited to a Chicago news audience.

WGN’s Smart TV app doesn’t currently host any exclusive content, but Lyons noted that they would continue to grow and change in the Smart TV field as the market demands. She also expressed openness toward pitches for Smart TV exclusives.

“We’re Chicago’s very own,” Lyons said. “We want to provide the newest technology for the Chicago viewers as they move toward digital.” 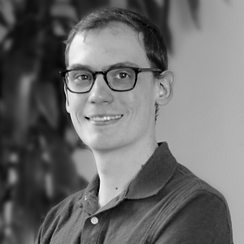