A case study in branding: Did Nuts.com go nuts?

It was the domain name purchase heard ‘round the Internet. Newark Nut Company—operating under e-commerce extension NutsOnline.com—doled out six figures last October to purchase Nuts.com, and relaunch their web presence back in January. Jeffrey Braverman, the company founder’s grandson, had his eyes set on the recognizable four-letter dot-com for awhile, but the name wasn’t available when the company first started retailing their products online.

To “offset any initial drop-off in traffic” when transitioning to Nuts.com, Newark Nut Company also committed to a total rebrand, rolling out refreshed and colorful packaging and hip, cartoonish mascots. But at hundreds of thousands of dollars, was exchanging an already well-performing domain name for a web address with lesser brand equity and initially weak SEO rankings worth the risk?

The New York Times, Forbes and Ad Age overwhelmingly panned the Nuts.com purchase as foolish. Google search traffic was down more than 50 percent three months after the switch, a decline that Braverman said caused the company to lose between 100 to 150 orders daily.

But recently, Nuts.com is painting a healthier picture of their investment. Chief Marketing Nut (her official title, assuredly) Anne Swift told Xconomy San Francisco that Nuts.com had rebounded with a 32 percent increase in organic Google traffic growth by late July, and direct traffic—that is, people typing the new URL in their address bar—is up 105 percent from last year.

What do you think? Did a small business overspend on a domain name that risks isolating an existing customer base or losing traction with search engines? Or was this the right move for increased name recognition and user-friendliness? Consider a third avenue—has the eight-month buzz about Nuts.com’s nut-rageous (forgive me, Hershey) price tag created new brand awareness and customers, far outweighing early skepticism toward the purchase?

Have you ever purchased a new domain name or rebranded a product or web property for your company? How did it go?

This might be football season talking, but I’ll tell you one thing—I think the Chicago Bears should finally bear down and buy Bears.com. Not that I don’t appreciate a cuddly onslaught of teddy bear-themed apparel now and then, but the domain fumble often sidetracks my web surfing. 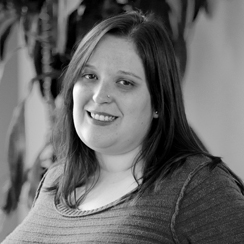 Teresa Dankowski is a content marketing manager at Cision and covers best practices in marketing, PR and social media. She enjoys printmaking, wine, TV and dominating at rec league softball.