If you’ve visited Chicago in the summer, you know that the waterfront is the place to be – particularly on a boat. If you aren’t lucky enough to have a FWB (Friend With Boat), Chicago Scene has got you covered with their annual boat party. And if you’re the type who wants to know where the hot spots are on dry land in the Windy City, Chicago Scene is back to help you with that.

Back in the early 2000s – and for more than a decade – Chicago Scene was the preeminent source for the latest social and nightlife news, informing young socialites and club-goers of downtown Chicago about the hottest spots and local gossip. The site has been on hiatus since 2012 and is positioning itself for a comeback.

The rebuilding of Chicago Scene started in 2014 with a soft launch of their website and will continue with a full social scene launch in early fall. The re-invented approach still caters to the same 21-39 year old demographic, but the content aims to appeal to the upscale urban professional. The geography will expand beyond River North and the Loop to outlying hip areas like Wicker Park, Pilsen and Logan Square.

The publishers have also taken a much more aggressive approach digitally, producing content and events. In early September, Chicago Scene will unveil video and social components; and in October, we will see the return of the print magazine. With a three-fold plan for focusing on strong digital presence, including social, video and event production, the multi-media publication is setting itself to explode back onto the scene in a very big way. 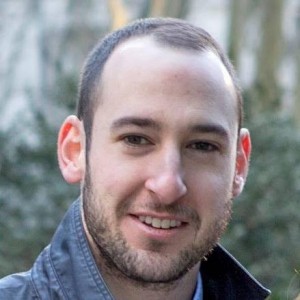 Photo courtesy of Will Mendelson

To ensure success across all mediums, the publishers of Chicago Scene have brought on board Will Mendelson as senior editor.

“Will is the demographic we are trying to reach, dead center,” managing partner Ken Monro said. “His experience in lifestyle and entertainment coverage paired with his reach to others in the industry makes him the right guy to head up our editorial.”

Mendelson comes from AM New York, where he served as associate editor covering the latest in style and entertainment. He is no stranger to keeping his finger on the pulse of the latest trends, and he has covered big events and interviewed high-profile subjects. He is thrilled to be back in Chicago.

“I’ve always been interested in Chicago, as I’m born and raised here and love the city,” Mendelson said. “It’s been a dream and goal of mine to be at a publication that has so much potential and reach – people really respect it.”

He added, “We’ve really started branding editorial categories we want to cover, what things we want to put out using all social media, and launching a fantastic website.”

When identifying what made Chicago Scene a successful publication and website the first time around, Monro credits the relationships that photographers and writers were able to foster by being on the scene at the venues. By getting to know venue owners and operators as well as the scenester community, Chicago Scene was able to maintain an intimate feel that became the go-to source for the inside stories and photos of revelers.

“Many people refer to the old site as the Facebook before there was Facebook,” Monro said. “People would flock to the site to see photos of themselves, their friends and their girlfriends at different places around town.”

With the company’s flagship event last weekend, the Chicago Scene Boat Party, you can look for the momentum to pick up on the experiential side of things. “We’re up to 30 events. Two years ago we were down to one,” Monroe said.

The sponsored events are an important way to reach influencers and readers and, according to Monro, they are hoping to reach a wider audience and cultural explorers with future events highlighting cultural celebrations.

“We want to make a big splash on the streets producing content,” he said.

Mendelson added, “We are really excited to re-launch in full gear; getting good writers on board and put out great content that captures the essence of different experiences in Chicago.”

Mendelson advises PR professionals to send entertainment, lifestyle, consumer, celebrity, food and drink pitches. He works with many PR firms based in Los Angeles and New York and plans to “bring these areas of focus to the Chicago market.” 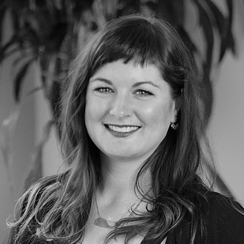