It is fourth-and-goal and you need a touchdown, there are two seconds left on the clock and you need a three-pointer, or it’s tied up after three periods and your team needs a big goal to steal a win.

Right now we’re at the intersection of multiple sport seasons starting up and winding down, and any of these chestnuts could apply to your campaign. Missing out in a clutch moment hurts, and sending out unwanted press materials or pitching your story to the wrong crowd can feel like you’re leaving runners stranded on second and third, down a run in the bottom of the ninth, and coming up short – the right pitch could mean a home run. 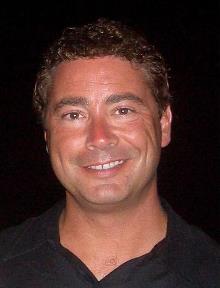 Of course knowing your core audience in marketing and public relations is the key to a strong foundation, but it’s not always easy to identify the future of that core and to readily interact with them in real-time. Enter SocialCentiv, a marketing tool that CEO and co-founder Bernard Perrine said is branded around “helping businesses find new customers and generate ROI on Twitter.”

SocialCentiv does just that. It allows companies to reach out to consumers directly with a product they want at the time they want it. “The beauty of SocialCentiv is that although it achieves high ROI for our clients, and we’ve built great technology that does the heavy lifting, the way it works is pretty simple,” Perrine said.

How does SocialCentiv work in action? Businesses choose keywords that its target audience may tweet about, select a geographic location and the software then scans Twitter looking for relevant tweets (Perrine uses the examples “Sooooo hungry” or “Dying for a slice of pizza!) to send out discounts, offers and promotions for the brand.

“And because our software employs machine learning, it learns what’s relevant and what’s not every time someone clicks on a tweet, getting better and better at pulling the important tweets … It’s similar how you rate songs on Pandora or make purchases on Amazon. The software learns what you are looking for, saving time and money.”

Companies have the option of controlling their Twitter stream personally or handing off the reins to SocialCentiv. The tool allows for responding directly to the consumer in real time, with an offer: “@hungrycustomer, We have what you need! Order a pizza online and get 50% off!” The business model is pay-per-click (PPC) and pulls metrics from customers on Twitter that use the automatically generated links in each promotion to claim the special offer and/or learn more about the source.

SocialCentiv’s business model is attractive because there really isn’t a direct competitor in the market right now. There are tools that already exist that offer insights and analytics for social marketing, customer relationship management (CRM) integration and lead generation capabilities, but nothing quite as direct as, “Hey, saw you tweeting about how much you want pizza right now. We’ve got some deals on pizzas that satisfy your craving immediately.”

This tool seems so easy, there has to be a catch somewhere, right? “One of our biggest challenges is simply educating businesses and brands on the great opportunities that Twitter can offer as a public forum, and then how to use SocialCentiv to capitalize on moments of intent,” said Perrine. He went on say that not enough businesses take advantage of these moments of intent, or micro-moments. Micro-moments, as defined in a recent study commissioned by Google from Forrester Consulting, are “[moments] when we turn to a device – often a smartphone – to take action on whatever we need or want right now. These I-want-to-know, I-want-to-go, I-want-to-buy, and I-want-to-do moments are loaded with intent, context, and immediacy.”

Using social media to find customers is as old as it’s invent, but using it to directly affect an individual’s micro-moment is a very new concept. According to the same study by Forrester, only 16% of companies have the capability to merge their contextual data with customer data to create a real-time view, and “only one-third of companies prioritize moments,” or real-time events, that can be direct-marketed.

This is where SocialCentiv builds its foundation – educating businesses and brands (via content marketing/example campaigns/training) to create a tangible and immediate ROI through PPC results. If you’re paying more to SocialCentiv, it’s because your campaign is working.

While SocialCentiv’s direct Twitter marketing is a great concept, and the delivery is showing positive results, the major victory has already been scored. The Forrester study finds that “57% of [companies] with complete leadership support across mobile initiatives reported very profitable mobile ROIs, compared with 43% of others.” In other words, having your CEO and co-founder driving the idea gives it that extra push over companies that either rely solely on traditional methods of marketing (print, TV, radio) or are reluctant to fully support the micro-moment movement.

According to Forrester, only 15% of businesses actually use analytics to understand consumer behavior and improve ROI, and 41% track mobile or e-Commerce influenced revenue attribution. In comparison, Forbes quotes a KPMG survey stating  92% of C-level executive and 81% of enterprises say they are using analytics to better understand their audiences, with 41% and 50% (respectively) finding success. Overall, 58% of companies have difficulty evaluating their own data and only 14% believe they are capable of fully leveraging said data and analytics.

So what do all of these percentages mean? They mean that businesses that employ analytics to evaluate these micro-moments in the context of the larger consumer picture, over time and with a strong team to correctly interpret the data, find the largest returns. This is a market that has an influx of quality concepts and a rich sum of data, but only a few are really mining that data to the best of their ability.

SocialCentiv, however, doesn’t need to get too wrapped up in the whole package just yet. The concept is so simple and effective that bringing an array of data across multiple social platforms and melding with other online consumer data isn’t necessary for their success – although it’s not far off. SocialCentiv is currently exploring other social platforms such as Facebook and Instagram for reaching influencers directly and sees their marketing tool as more than a social coupon book, as they’ve had brands use their tool to market blog content and eBooks.

“While blogs or eBooks may not directly sell they are important strategies for either a first-time handshake for a brand or to establish brand loyalty,” said Perrine.

What’s on the horizon? SocialCentiv’s next move includes global expansion and offering language capabilities (in addition to their current Spanish language option). “We are now expanding that capability to run campaigns in almost any language in the world. In truth, we don’t have an employee who speaks Arabic, let’s say, on the team right now. But if a client came in tomorrow who wanted to run a Middle Eastern campaign in Arabic, we have the software capability, and we’d only have to find an account rep who could run the language side.”

Is this the home run they’ve been looking for to clear the bases? In the very least, their customers will be capitalizing on all of the chaos that comes along with everyone’s favorite team beginning or ending their seasons. “Hey @ChicagoCubsFan, been a while since you’ve been to the playoffs. Might wanna buy a new hat; that old one is pretty dusty. Link” 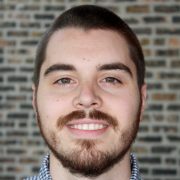