In the past, turning on the TV for news and weather updates was a regular morning ritual. But with smart phones so close to our fingertips when we wake up, our media preferences are changing. The Weather Channel has taken note, today launching The Lift, the first network morning show available exclusively through the free Weather Channel mobile app.

Hosted by Weather Channel alum and Today show anchor, Al Roker, along with meteorologists Domenica Davis and Ari Sarsalari, The Lift can be accessed on the home screen of the app weekdays between 6 and 11am in your local time zone. It showcases six one-minute stories to accommodate viewers who seek quick, fun and smart information on the go. 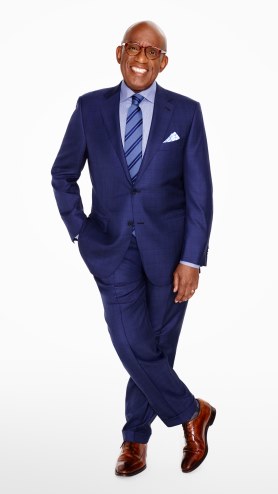 Neil Katz, vice president of digital content and editor in chief at The Weather Channel, explains how The Lift was created, how it’s produced and where it’s going.

“Half of Americans sleep with their mobile phones next to their bed and the other half sleep with it in their bed,” Katz said. “So we think we are in a great place to be a part of that.”

Research published in eMarketer also confirms the uprising of mobile morning behavior as 65 percent of smartphone users in the U.S. check their smartphone within 15 minutes of waking up.

Millions of Americans already consult The Weather Channel app in the morning to dress for the weather or decide on grabbing an umbrella. Katz explained the biggest spike in traffic on the app is from 6am to 11am.

“We thought this would be the perfect opportunity to disrupt peoples mornings and give them something more than just checking the weather data…but give them the full weather experience with breaking weather news, cool science and end with something fun just to get you up with a smile.”

For six years, Weather Channel morning show Wake Up with Al was produced as a traditional long-form program until it ended production earlier this month. With The Lift, Roker hosts from New York and continues as a Today show anchor, while the rest of the show’s producers and talent are headquartered in Atlanta, in a newly created mobile-first studio.

The new studio is very similar to a traditional television studio but with extra enhancements to allow the best viewing from mobile devices. The graphics are larger to improve the mobile experience for the audience and the set itself is designed to work in both vertical and horizontal viewing. 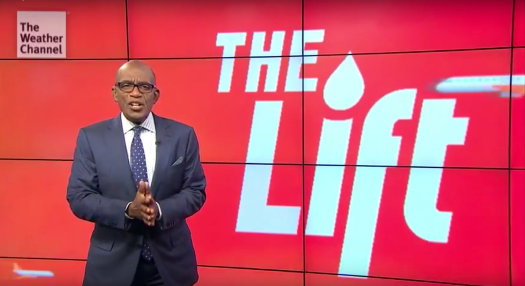 “Increasingly people are experiencing media vertically on their phones,” Katz said. “We are also equipping our correspondents and field producers with an expanded technical rig that allows them to shoot great iPhone video and transmit back to us in near-real time from the field.”

UGC (User Generated Content) is also a big aspect in producing the show. “We’ve designed our whole process around being able to use great UGC, great iPhone footage from the field and bring that all together real quickly,” he said.

The Lift also features a real-time social news desk that mostly operates in English but during storms, it operates in Spanish, Mandarin and Japanese for when there are Japanese storms like the most recent typhoon coverage out of Taiwan and Japan.

While weather forecasting still includes a meteorologist in front of a green-screen or digital map, The Weather Channel has incorporated more on the scene coverage that gives a first-hand look to viewers.

“Almost every weather piece now starts with an unbelievable UGC that someone near the action has shot which is real difference how weather stories are told today,” Katz said.

Depending on the urgency of story, show producers can easily put a package together within 15 minutes with the constant flow of footage coming in. Katz said this near real-time production is a large focus on The Lift and influences its overall look.

We’ve seen app-only publications like Watchup and defunct The Daily, but as one of the first mobile broadcast morning shows around, The Lift is sure to set an example for future app-only  programming as audiences move into mobile in a dominate way. “If you’re a giant media property and not building mobile-first shows, I think you’re probably missing a big opportunity,” Katz said.

In the coming months, Katz and his team will gauge the success of The Lift and make adjustments as necessary like any other program, but he has a simpler goal in mind – getting viewers ready for the day, a little smarter and geekier.

“We just want to introduce Americans to a new way of waking up in the morning and if we can help redefine how people get out of bed, we’d be pretty happy with that,” Katz said.

If The Weather Channel’s usual 20 million daily app users’ tune in, The Lift could easily become one of the biggest morning shows on any device. For Katz, “that’d be great.”

Watch the promo below:

Photos courtesy of The Weather Channel 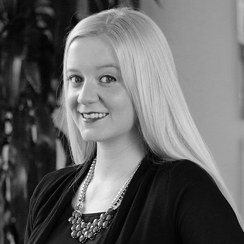