Is Pressland the Yelp for Media?

The number of sites and applications that rely almost entirely on user-generated content is growing by the minute. In the age of easy access to unlimited information, Pressland, a community-powered media site that launched into beta a few months ago, aims to increase the transparency between freelance writers and commissioning editors through a simple and free platform.

Created by longtime freelance writer and editor Jeff Koyen, who also helms  the sleep science site Van Winkle’s, Pressland allows users to reviews media outlets and editors, as well as add pay rates and specific writer guidelines to facilitate targeted pitches to the best available contact. Koyen has worked on both sides of the desk in the media industry and sees the information gap as a problem that has yet to be solved.

“The biggest problem I see in the media industry is the information gap, i.e. lack of transparency, which puts freelance writers at a decided disadvantage when trying to string together projects from different resources,” he said.

Writers desperately want pitching information to ultimately avoid wasting time in reaching out to outlets and editors that will not pan out in the long run.

“A big part of earning your chops as a freelance writer is building a rolodex,” Koyen said. “This is a time-consuming process that can be improved by increasing information on both sides.”

While the site is designed as a tool primarily for freelance writers, Koyen understands and welcomes PR professionals to use and improve the content on Pressland. Any registered member can edit any profile, but malicious or inflammatory reviews on journalists will not stand. Koyen designed Pressland to empower writers and to (hopefully) remove the trend of purely negative reviews online.

.@presslandhq nails it re: issues tied to freelancers getting paid. Remains the biggest media problem/opportunity. https://t.co/Dmlhpqncj5

“The blogs and other sites I have seen doing something similar are very negative. While I hope that the site won’t turn into a forum for complaints, I do think that if an editor gets a poor review on the site that they might think twice about their next interaction with a freelancer,” he explained.

Pressland is not the only site designed for freelancers; WordRates is a platform with a similar mission and the two have been battling over who truly is the “Yelp for media.”  While WordRates raised nearly $10,000 on Kickstarter, Koyen has chosen not to take on investors at this time to let the product grow organically and ensure all functionality. He has been stealthy about his beta launch but plans to launch a social media campaign to bolster the content and increase the number of users within a few months.

Longterm, Koyen hopes that updating a profile in Pressland will catch on as one of the sites journalists need to update when transitioning jobs, like LinkedIn and Twitter. 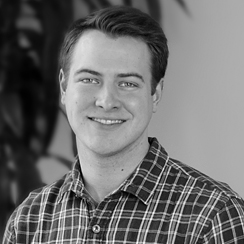