Behind the Headlines With Neil McAllister 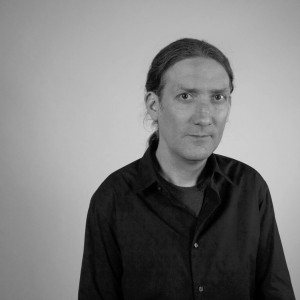 If you want to connect with your audience and stand out from competitors, you need to focus on your brand’s story, says Neil McAllister, media and content director at Blanc & Otus.

In this interview, Neil discusses his background as a journalist, what it’s like working in the technology industry and the changing role of the media.

What are you most looking forward to in your new position as media and content director at Blanc & Otus?

It’s really a new challenge for me. Blanc & Otus has a diverse portfolio of clients, some of them in markets that I haven’t been exposed to before. And being on the PR side of the aisle gives me new and different insight into their businesses than I would get as a journalist, which is fun and interesting.

I’m also looking forward to working with a great group of people with a wide range of skills and experience.

What was behind your decision to switch from journalism to PR?

I hope I haven’t switched! I hope I’m at least in some part still a journalist. But honestly, I had just left my previous gig as a reporter, and I was looking for something new.

I’ve worn a few different hats in my career in publishing, and I don’t really like to repeat myself too much. So when Blanc & Otus invited me to chat about “an idea” over a couple beers, I assumed they just wanted to bend my ear about some project they were cooking up.

Instead, they pitched me on a position they had open. And they told a good story.

How will your background in journalism help you in this new position?

As I mentioned, I’ve done all sorts of things in media. I’ve written everything from daily news reports, to feature-length articles, to opinion and editorial pieces, to product reviews, to interviews and profiles and so on.

I’ve also worked on the other side of the editor’s desk, assigning and helping develop other writers’ articles and helping plan publications’ strategies. So all that comes to bear in my new role.

But it’s also worth mentioning that I’ve worked exclusively in technology media, and before that I worked in IT and software development. The majority of Blanc & Otus’s clients are technology companies, so chances are I’m familiar with them and have probably worked with them in some capacity before – and I might even have some ideas about what they need to do to improve their visibility to the media.

What has been the biggest challenge of your career?

I guess I’d have to say it’s just been keeping up with the pace of the whole technology industry.

Unlike some industries, if I go on just two weeks vacation, chances are by the time I get back there will have been some big merger or acquisition, or some company will have gone out of business, or another will have launched some new product (or mothballed an old one) – any of which could completely change the competitive landscape in some sector.

I won’t just have to catch up on my backlog of work; I’ll need to actually change what I know about the industry. Keeping up with it all certainly keeps me on my toes.

With so much content saturating the marketplace today, how can brands stand out?

I tend to believe that whether you’re a reporter or a reader, what we humans respond to best is a good story.

When was the last time you read some blurb and the words “new and improved” really caught your attention? We’re numb to it.

Now think about a brand like Apple. As of right now, in terms of market capitalization, Apple is literally the largest company in the entire world. And yet everybody still connects the Apple brand with the story of Steve Wozniak and Steve Jobs, toiling in their garage, making one of the first-ever home computers.

And everybody in the tech industry also knows the Microsoft story of how Bill Gates, through a lucky coup (or a dastardly one, depending on your point of view), brought MS-DOS to IBM and helped launch the entire modern PC industry.

Those are both great stories – even if they’re not strictly accurate. And something else to think about: Neither of those stories is really about product. They’re about people.

How has content marketing changed over the years? What are brands doing differently today that they didn’t do in the past?

Obviously the biggest change over the past few years has been the rise of social media. Media outlets are all too aware of the growing number of people who say their primary source of news headlines is not the front page, but Facebook or Twitter.

What that means is that traditional media outlets are no longer the gatekeepers. Brands now have unprecedented opportunity to get their messaging directly to their markets, unfiltered.

On the other hand, though, the journalist in me worries that the pendulum could swing too far in that direction, and the public will become even more jaded about all forms of media than it already is.

What advice do you have for brands looking to improve their content strategy?

It may surprise you to hear this, given my title, but I wish the word “content” would go away. It’s a useful word, in that it describes a whole spectrum of media and information. But journalists tend to hate it – especially when their own publishers use it – because it seems to emphasize the form over the message.

One reporter colleague of mine used to say that every time he heard the word “content,” in his mind he replaced it with “sausage.” Just another day down at the sausage factory, folks, bringing you the sausage each morning!

Likewise, if brands are still just churning out “content” in the same old way, I think they’re doing it wrong. With so many outlets and ways to consume information proliferating these days, you need to be more thoughtful and creative than ever if you want to stand out. And I like to think my job is to help with that.

1. My biggest pet peeve is…people who keep asking your advice, even though they’re not going to budge on what they’ve already decided. Wait…I did say people, right? Not clients. I said people…

2. If I could have lunch with anyone, it would be…obviously, someone who will pick up the bill. Or maybe the director William Friedkin. I’m a big film buff; and talk about a good storyteller.

3. The thing that gets me up in the morning is…nagging guilt that the afternoon just won’t cut it.

4. My daily newspaper of choice is…newspaper? Ask me instead about my news source of choice. Sorry, m’colleagues, but I use aggregators like the Drudge Report and Reddit as much as anyone.

5. My hobbies outside of work include…I’m a big fan of travel, and there are plenty of places in the world left for me to visit and drink their local beers. I’m also still a hacker at heart, and I dabble in programming, and very occasionally I do illustration work.