Behind the Headlines With Ashley Simmons 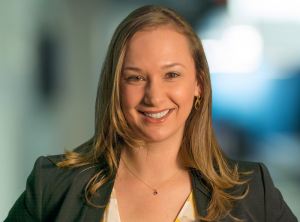 New tools and technology are always accessible, but if you don’t have a plan for how you will use them, you won’t benefit from them.

Ashley Simmons, director of communications at the Telecommunications Industry Association, says you must first develop a plan for how you will achieve your goals. The tools and technology will come after.

In this interview, Ashley discusses how to best leverage data and analytics, establish specific objectives for your communication strategy and be creative and take risks with your public relations efforts.

What drew you to the field of public relations and communication?

I entered college as a journalism major and after several different communications-focused internships – a local community newspaper, a public relations and advertising agency and two local political campaigns – I realized what I really wanted to pursue was a career focused more specifically on public affairs and political communications.

It made sense that I should be in the nation’s capital to study public affairs and obtain more real-world experience, so I moved to D.C. to begin the Media and Public Affairs graduate program at the George Washington University and secured an internship in the communications department with one the most influential trade associations in town. I’ve never looked back.

The growing number of companies and technologies that make up and support our global communications networks hold the potential to reshape and redefine so many industries – healthcare, transportation, energy, communication, manufacturing, finance, government and more – all while improving the lives of individuals around the world.

I think what’s truly transformational is realizing the full potential and possibilities that our communications networks have on connected devices or the Internet of Things (IoT). Playing a role to creatively tell those stories, whether it’s to decision-makers here in Washington, the media or the general public, is really exciting to be involved in.

What is the best lesson about PR you’ve learned throughout your career?

The most important lesson I’ve learned in PR to date is being able to explain and show how public relations can be measured in more than just press hits. For me, the key has been leveraging data and analytics to execute smarter public relations campaigns big and small, and connecting those facts and figures around mentions, clicks, likes and more to a client’s or company’s underlying business goals.

And while it can be challenging to sort through all of the information at times, it has proved beneficial in highlighting PR’s impact and the ROI to upper management across the overall business.

What are some of the key components of a successful communication strategy?

A goal without a plan is just a wish, said someone somewhere, and it stuck with me. When it comes to achieving a successful communication strategy I believe it’s important to start with a unique and creative plan that defines each target audience with both specific objectives and key messages that you must communicate to each respectively.

The tactics and tools come later, but it’s often the first thing I see people leap towards without a clear understanding of the underlying goal trying to be achieved. For example, sure Snapchat is a new tool we have, and brands are beginning to successfully leverage it in their marketing efforts, but does it make sense for your current objective and situation to reach the audience you’re looking to target? Maybe, but maybe not.

With so much competition in the marketplace, how can brands stand out?

To take a line from one of my favorite country music artists, Kenny Chesney, “…it ain’t nothing but noise.” And there is indeed a lot of noise amongst brands all competing to get our attention. That said, I think brands can still stand out, but it takes more creativity and getting out of their comfort zones.

Having a multifaceted approach to their public relations campaigns is important too. It should leverage influencers, partnerships, current events and social media in real time as a way to gain traction and join the conversation of other influencers and brands.

I also think it involves a certain level and understanding of risk management and not being afraid to experiment with tactics that may not have been traditionally considered.

Do you have any advice for those looking to begin a career in public relations?

Network. Get out there and make as many connections as you can while you’re in school especially and apply for as much real-world experience as you can get across different industries, or business units.

Be eager, humble, hardworking and accepting of constructive criticism. Also, write as much and as often as possible – it’s a skill you’ll need to continuously work on and you’ll only improve the more you do it.

1. I always thought I’d be…singing and dancing on Broadway.

4. If I was stuck on a desert island, I’d…be forced to “unplug” from technology and actually relax. 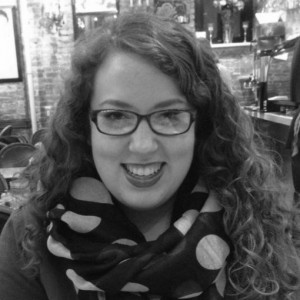