In this recap of the Cision Connects event series, we dig into how The Washington Post, one of the top newspapers in the U.S., is keeping up with the ever-changing media landscape. The Cision Connects event featured an exclusive sit-down and Q&A session with four editors from The Washington Post: Ann Gerhart (Senior Editor-At-Large), Amanda Erickson (Assistant Editor, PostEverything), Allison Michaels (Deputy Digital Editor, National) and Terri Rupar (National Digital Editor).

The editors’ discussion demonstrated three major themes at work at The Washington Post that you’ll want to keep in mind if you plan on pitching the outlet in the future.

Social media is a useful tool in the newsroom and is integrated into The Washington Post’s newsroom strategy. The Post not only relies on social media for distributing its news, but also for tracking the latest trending stories and information.

According to Allison Michaels, Twitter is “open all day” at The Washington Post. Twitter is typically used by reporters at The Post for “figuring out what the conversations are,” seeing what’s trending and learning what people are saying.

The Post also uses social media for connecting with and following its sources, audience and the greater public. Michaels explains, “We love GIFs, short videos…things that will give them information that actually adds to the conversation.”

While Ann Gerhart says that The Washington Post is a “digital first newsroom,” it’s still worth your while to establish personal relationships with reporters, not just an online connection. The simple, old fashioned idea of offering to grab a cup of coffee with a reporter can go further than you think.

“Nobody thinks to do that anymore,” says Gerhart. “No matter how much engagement there is on social media and electronically, this is a town that is based on relationships, like no other city–in many ways–in the world.”

Another traditional concept, the beat, is still important to The Washington Post and its reporters today. Gerhart explains, “Beats are very important. We have core coverage areas…and that requires extensive beat and source development and bodies of knowledge so that our reporters are authoritative, and our editors as well.”

One thing to keep in mind in the constantly-evolving news cycle: beats often change, which is why it’s important to keep relationships fresh and know daily what your target journalists are actually writing about. There’s no substitute for good research, and 78 percent of journalists believe communication professionals need to “improve on ‘tailoring the pitch to suit beat(s)/coverage.'”

The Washington Post was founded in 1877, and since that time has expanded upon its print edition to reach the online and social spheres. With this expansion came a shift in how The Washington Post’s newsroom functions today.

“Everyone I know, like me, who still manages to be in this business… is working harder than we’ve ever worked before because it is just a constant [news] cycle,” Gerhart said.

The expanded reach of The Washington Post is not the only way the news outlet has made itself accessible to the public. Ann Gerhart notes that The Post’s journalists and editors are open to establishing relationships with sources, stating that she finds it “useful” for sources to “reach out and try to develop them on their beats.”

Gerhart added, “If you see coverage that you think is not as deep as you’d like it to be…I always think it’s worthwhile to call…I always routinely call back.”

The Post also makes itself accessible to the public through its PostEverything section of the Washington Post website. According to Amanda Erickson, PostEverything’s goal is to “engage people who can write from outside The Post. We run almost exclusively outside contributors.”

PostEverything gives its readers and the public the opportunity to contribute to the news from their own personal insights.

Just as journalists are working to make their schedules and stories as accessible as possible to their audiences, public relations professionals and communicators should make their pitches and information as accessible as possible for a journalist. This includes in-depth information, and supplemental additions, such as, photos, video, data, graphics, etc. Put yourselves in the shoes of the reporter: “What do I need to tell this story effectively to my target audience?”

To learn more about how to boost your journalist engagement game, check out the full series of video clips from this Cision Connects event. 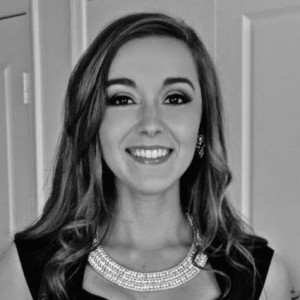