Imagine if New York state, home of the largest stock exchange in the world and an important cultural hub in America, voted to secede from the Union. Translate that to a trans-Atlantic perspective and that’s what happened with Brexit, or Britain’s referendum from the European Union.

Votes like this have long-lasting ramifications and make a global impact. To measure it, Cision monitored the global news and social media conversation. Using social intelligence software, you can measure trends that can help establish new policies, guide communication strategies or redefine business objectives.

For 30 days, beginning in late May and ending on June 24, Cision monitored the conversation around Brexit and collected more than 10 million news and social media mentions.

– The economic crash is the leading topic of conversation, behind a general shock of the result, with more than 260,000 media mentions in the past 24 hours

– All countries monitored have extremely high negative sentiment towards Brexit 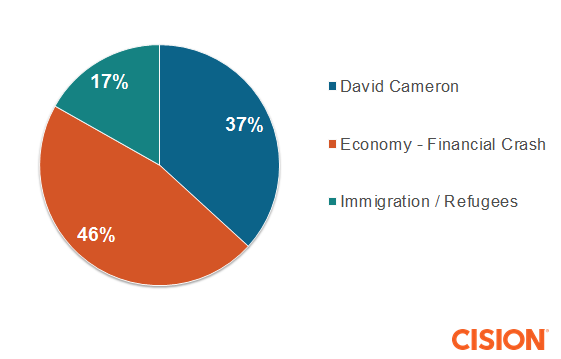 Cision conducted a topic analysis of leading issues relating to Brexit. In the 24-hour period after the vote between June 23 -24, conversations about Prime Minister David Cameron’s resignation and the economy led the discussion, with immigration or refugees ranking third in concerns. In this 24-hour span, there were more than 260,000 mentions of the potential economic crash that might result from Brexit.

Conversation volume only tells you half the story. If you want to quickly identify the tenor of that discussion you need to look at sentiment. The conversation around Brexit is overwhelmingly toned negatively. When neutral comments are excluded, as much as 72 percent of comments score as negative in some countries. 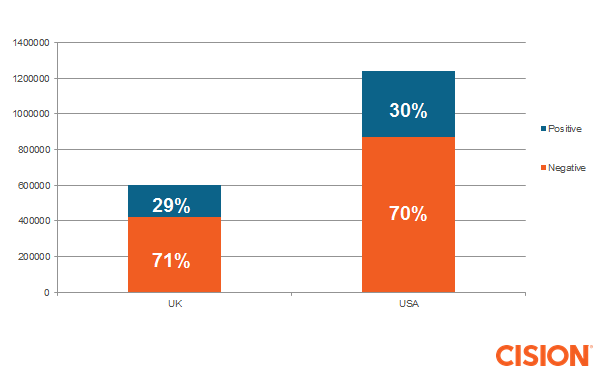 If you are watching this situation play out in the media (social, news or online), it’s obvious that millions of people across the globe will be affected by this decision. Having the compressed and correlated thoughts and impressions of the general public helps brands make decisions on market strategies, audiences to market to and the correct messages to send to a specific demographic. 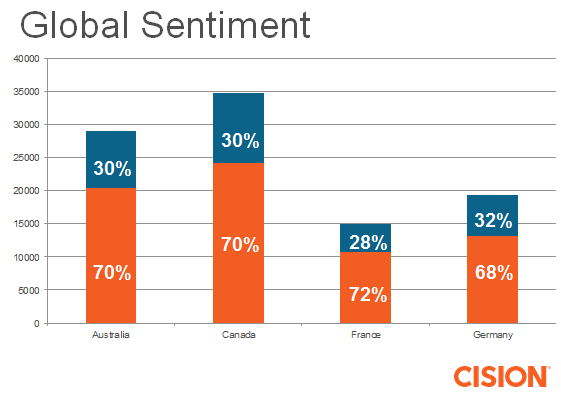 Want a more detailed look at the insights surrounding Brexit and its global impact? View the in-depth coverage from Gorkana, a Cision company based in the United Kingdom.