Media Monitoring and the Information Iceberg

Timing is everything, and if you know what to monitor, where and when, you’ll be the one leading the conversation instead of trying to play catch up with trending hashtags and news stories.

But, much like an iceberg, there’s much more than what appears on the surface.

At his recent “How to Monitor Anything” webinar with the Public Relations Society of America, Cision Canada’s content marketing and social media manager James Rubec showed brands how they can dive deeper using real-time media monitoring. James showcased his research to explain how to collect and analyze data as well as how to apply the resulting insights to day-to-day communication.

Based on data pulled from last week’s Republican National Convention, the ongoing Pokémon Go frenzy and the economic-altering Brexit decision, here are three of James’ tips on how to monitor anything.

Looking at the past 30 days, James compared five events and two potential U.S. presidents: Hillary Clinton and Donald Trump. He then filtered the data down to the Republican National Convention, looking closely at how social media reacted to Melania Trump’s speech. 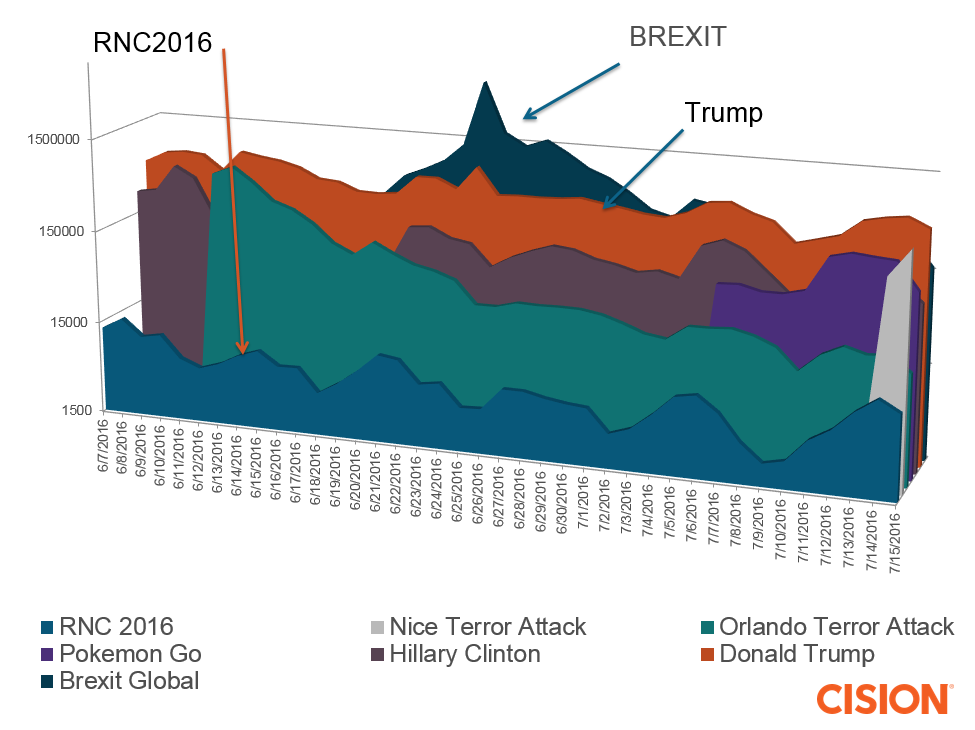 “Share of voice is very important in understanding how people are reacting in response to the media,” said James. “The media may be counterfactual to what people are actually saying.”

At the time of the webinar, Melania Trump held nearly a quarter of the conversation around Republican National Convention.

“Why is that important? If she can usurp the conversation at this scale, it doesn’t speak well to how the convention is going,” James said. 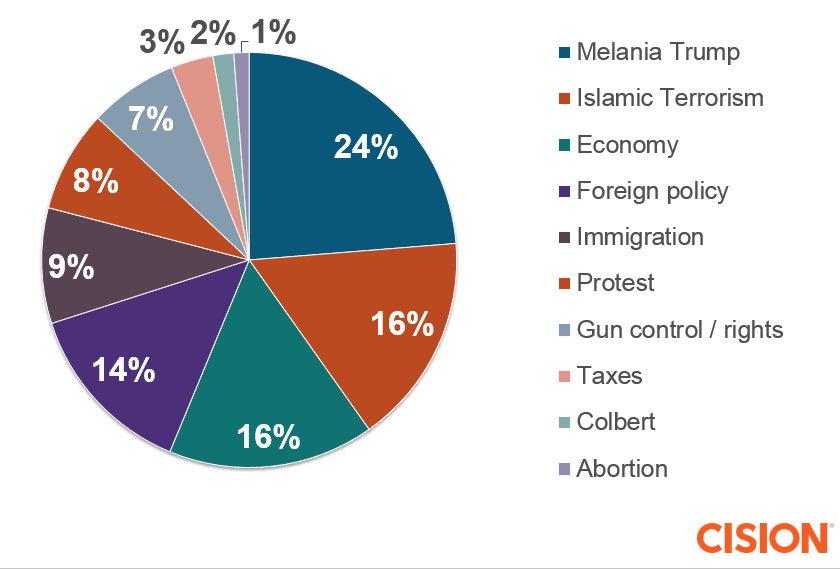 Share of voice not only shows whether or not a brand should worry about an emerging controversy or crisis, but also pinpoints a media frenzy. A media frenzy occurs when there’s exponential growth in the number of social users making reference to a particular conversation, and that’s something worth inserting your brand’s name into if the conversation align with your goals.

For example, James highlighted how in less than one week, the app Pokemon Go gained more users than Tinder or Twitter, twice the engagement rate of Snapchat and a social user mentioning the app approximately 1.67 times every day.

“It’s worth noting that what is viral to your brand might not be viral to the rest of the world, or vice versa,” James said.

Social polling helps brands determine levels of passion, identify pivotal issues and answer questions before an event takes place. But in order to make the right predictions, communicators need to set up ways to collect quantitative and qualitative data.

“You can’t just search for a single hashtag or a single name,” James said. “You need to listen to as many topics as you can that relate back to your brand.”

Take, for example, the recent Brexit vote. Many policymakers were curious how passionate people were about leaving. After the vote was cast, James wondered what voters would have done if they could vote again. 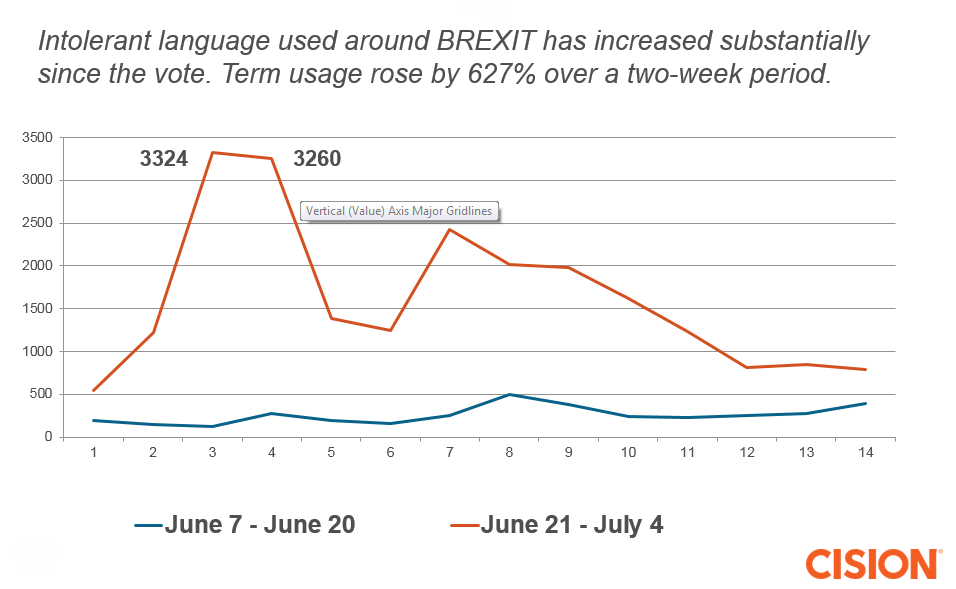 Looking at conversations tying Brexit to other hot button topics, James found that intolerant language increased by 627 percent over two weeks. But a week after the vote, the suffering economy surfaced as the real issue, hinting that support to stay might be higher now than when voters cast their ballots.

Answer Questions Based On Persona Mapping

Insights gathered from social can help answer a plethora of questions ranging from who a customer is to what they do in their spare time to why they visit a destination.

With a social analysis tool, brands can segment all of the available data to identify different themes, answer questions and inform future strategy. For this section of the webinar, James made reference to the recent baseball infographic that segmented Cubs and Cardinal fans based on how they self-identified on Twitter.

For example, brands looking to target Generation Y might consider launching a campaign based on Pokémon Go, since that generation is the most active generation of all the app users. Building persona maps and determining niche groups can help create more personalized and successful campaigns. 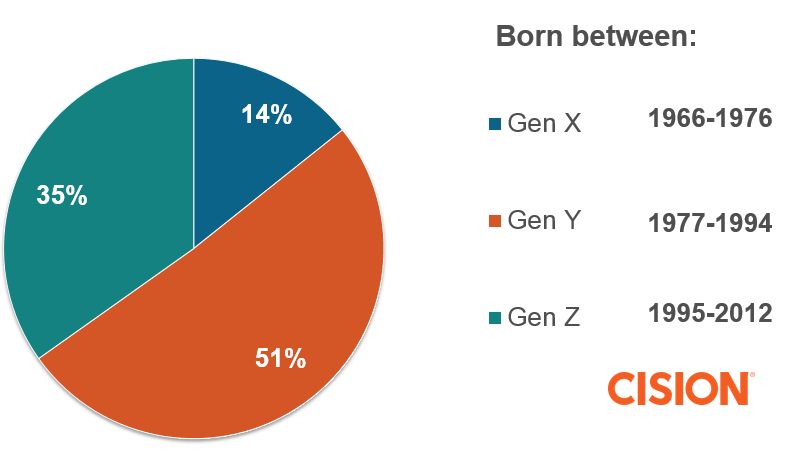 At first, media monitoring may seem daunting. But with the right media monitoring software, the ability to dive deeper, uncover the entire information iceberg and segment the available data becomes much easier. 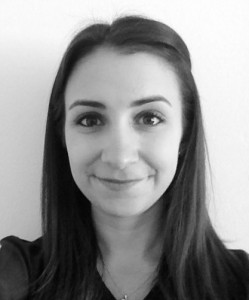