I write a lot here about the importance of press releases, as well as how to write them, but don’t get it twisted: there’s far more to a successful press release than simply writing and publishing one.

Here I want to look at three components of a successful press release strategy:

My aim is to help you with each so that press releases become an effective component of your overall marketing and PR strategy.

There’s so much to be said here. But I’ve already covered writing killer headlines, make-’em-move calls to action and juicy quotes.

What I would stress here is: only create a press release if you have genuine news. For a while, press releases were the Wild West, and people started abusing them, covering more advertorial topics than news.

Fortunately, press release distribution companies got wise to this and now have stringent controls over what gets published (at PR Newswire and PRWeb, an editor reviews every press release and has to approve it before it gets distributed). Rather than waste your time creating a fluff press release, ask yourself: is it newsworthy? Could it be on a news site or in the newspaper? Or is it more of something that should live on your blog?

Brands get this idea that they must publish X releases a month, but I say don’t do that unless you have the news to support that aggressive a schedule.

There are several options when it comes to distributing your press release. To help identify the right fit for your press release needs, ask each provider about the total size of their distribution network, the quality of sites they reach, and the reporting they offer, among other questions.

You can also send a press release to a journalist, but do so as part of a carefully-written pitch.

Additionally, you can post your press release on your owned media channels like a company newsroom. The more places you distribute it, the farther your reach.

Here’s where most businesses fail: your press release will not magically sprout wings and fly into the vision of every human on earth. It’s your job to amplify your news through the channels you have. 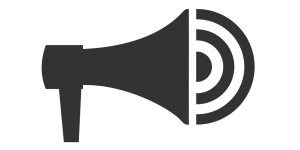 Social media is a major boon in spreading the word about your press release. You’ve already got an established network of people who are interested in your brand. They’re the ones most likely to care about your news, and will share it with their networks.

Realize that amplification is a PR campaign in and of itself. You can’t click the “share” button one time and be done. You need to have a plan of attack to get your press release in as many places as possible, and schedule multiple shares where appropriate. For example, because Twitter moves so quickly, you could share your press release every day for a week (with a different message each time) to maximize your reach. But on Facebook, one share to your business page should suffice.

Pay attention to how many people visit your site as a result of reading your press release somewhere, and note which channels they came from. This will help you ascertain your press release’s ROI and help you shape your future PR strategy.