A Quick Guide to Social Chat Channels for Businesses

Recent updates to Facebook Messenger and Twitter DMs have renewed interest in social chat for customer communication, yet this is a medium that has been productive for communications professionals for quite some time.

Having a reliable one-to-one or one-to-many connection can be particularly useful for social media platforms as reach and conversion diminish with other types of social posts.

Also notable about social media’s one-to-one interactions is the low barrier to entry, compared to email or SMS: users have to initially disclose less personal information about themselves in order to get customer support from a business. This difference is not insignificant.

Let’s look at some of the prominent social platforms’ chat features. The points of differentiation for these could make a particular platform very useful for communications and marketing professionals.

When Facebook made its Messenger app autonomous from the parent app on mobile, many people questioned the wisdom behind such a tactic. It turns out that it was a shrewd move on Facebook’s part. According to eMarketer, 900 million people reportedly use the Facebook Messenger app every month.

For businesses that could not previously message individual Facebook users, this is good news … for the most part. As with the comments on a Facebook page, businesses have the opportunity to direct message individual Facebook users reactively. For example, if a customer DMs a business page, the company can then respond to the private direct message. Companies can also use messenger bots for auto-response sequences with customers.

So, what are the differentiating features of Facebook Messenger?

In a very short period, Facebook has built out the Messenger app into a relatively robust platform autonomous from Facebook. The biggest drawback of using this platform is that businesses can only react to customers who initiate contact. Facebook mitigates this somewhat by allowing you to promote initiation on third-party sites using the Messenger embed code.

Twitter’s recent changes to DMs have been met with mixed reactions. While some users accustomed to using DMs for private conversation or ignoring DMs altogether have taken issue with the change, making the DM feature set more robust and useful is very helpful for businesses.

Among the latest changes to Twitter’s DM product is the ability to embed DMs to a third-party site via the “Message” button, to see read receipts for DMs, and to send group messages. Businesses can even proactively DM users that don’t follow them, provided the users have opted in to allow this.

While Twitter doesn’t boast the eCommerce or audio embellishments that differentiate Messenger from the rest of the social chat apps, the perception of Twitter is that it is a lower barrier to entry platform than Facebook. Moreover, many users have a different perception of privacy and social care on Twitter than of Facebook.

Google Hangouts and Skype are more or less extensions of traditional customer service. While Google Hangouts remains inextricably tied to Google Plus instead of Google Contacts, customer-initiated Hangouts and Skype calls leverage the video and/or call platform rather than gleaning any social benefit. Could these apps be considered social chat platforms? Perhaps, but it’s a stretch.

Both do have embed codes so that customers can initiate calls from a third-party site: Google+ “Hangout” button and the Skype “Contact Me” button. So, there is some benefit to integrating these into a communications plan although Facebook and Twitter offer a wider variety of complementary services. 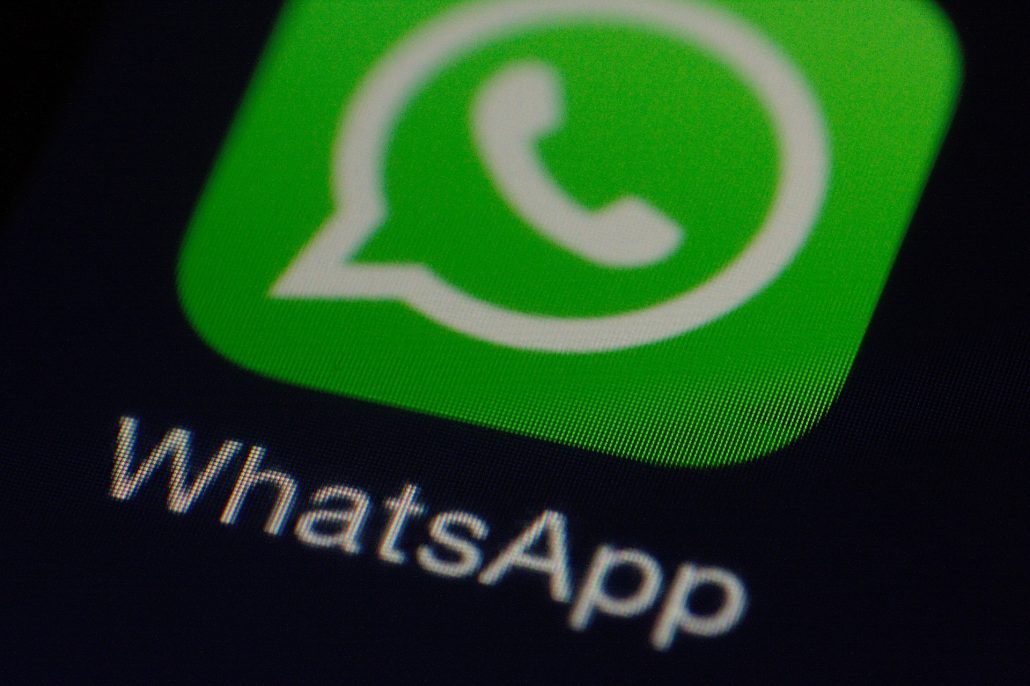 According to eMarketer, 1 billion people use WhatsApp every month. Businesses, however, are not yet allowed to participate on the platform (they are expected to be integrated into the platform by the end of 2016).

So, what are the differentiating features of WhatsApp?

If this list looks conspicuously familiar to Messenger’s features, it isn’t an accident. Facebook purchased WhatsApp in 2014 for $19 billion dollars and many of the advanced features of Facebook Messenger were pioneered by WhatsApp.

Strategy-wise, WhatsApp’s business integration integrates some of Facebook’s monetization features at the same time that Messenger takes popular features from WhatsApp and integrates it into their own app. Both applications have exceptional ease-of-use, and while there is presumably overlap between audiences – using either WhatsApp or Messenger in the future should ultimately benefit Facebook.

Perhaps you’re doing internal PR, in which case social workplace apps like Microsoft’s Yammer, super-popular platform Slack, or a variety of similar platforms may allow you to use social chat in a meaningful way for you. B2B marketers and communications professionals may find value in using LinkedIn for this purpose as well. The relevance of certain tools is largely a product of the audience you want to reach and the objectives you want to achieve.

It also should be noted that higher-barrier-to-entry (non-social) chat options like SMS and email are more likely to remain stable over time relative to social platforms that rely on monetization for their survival.

The biggest social chat takeaway for me is that Facebook and to a lesser degree Twitter are doing some extraordinary things to enhance the social chat user experience and businesses’ ability to reach audiences via these channels. For anything from social care to promotional marketing, it’s not hard to envision these being important channels to reach customers.

However, it’s important to remember that as you integrate social chat and other new tactics into your brand’s social media strategy, you can’t forget to track your performance to understand how well they’re working. Get started by downloading The 9-Step Guide to Measuring Social ROI. With Cision’s free tip sheet, you’ll learn how to: