Last night, an estimated 100 million people watched the presidential debate on television and online. Capturing that attention online is an important signifier of support, and last night Clinton’s campaign showed signs of life on social media.

Cision has been monitoring both candidates with our social intelligence software, collecting millions of mentions a day about both candidates, including last night’s debate.

This is a rare moment for Clinton’s campaign which has been dwarfed on social media by supporters of Donald Trump’s campaign. Unequivocally, on social media Donald Trump is dominating Hillary Clinton in terms of share of voice, number of authors and the intensity of publication from those authors. However, in the context of the debate, Clinton managed to even the score a little.

Here’s a way to illustrate this in the context of the debate: 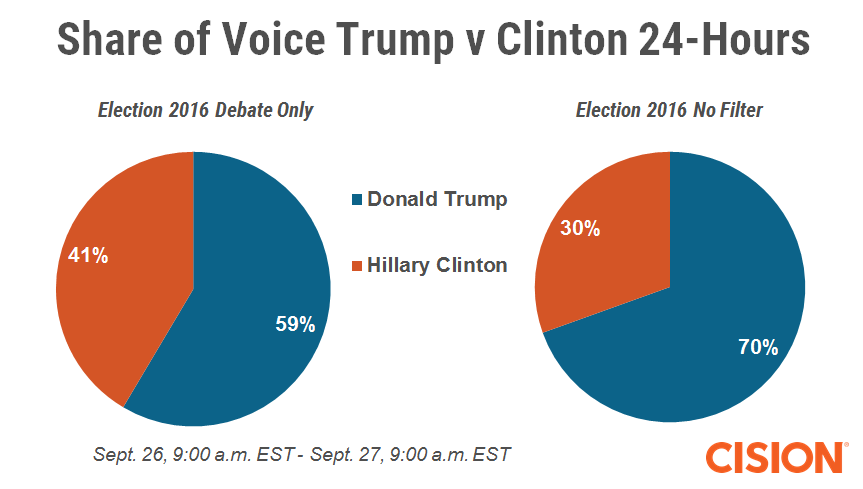 On any typical day, Trump’s social engagement is as much as 120 percent greater than Clinton’s which is represented in a share of voice chart as 70 percent. However, during the debate Clinton closed that gap. Between the hours of 9 p.m. EST and 11 p.m. EST, comments reached parity. In Iowa, as an example, both candidates were in a dead heat – this is the only time and context that this has happened during our analyses. 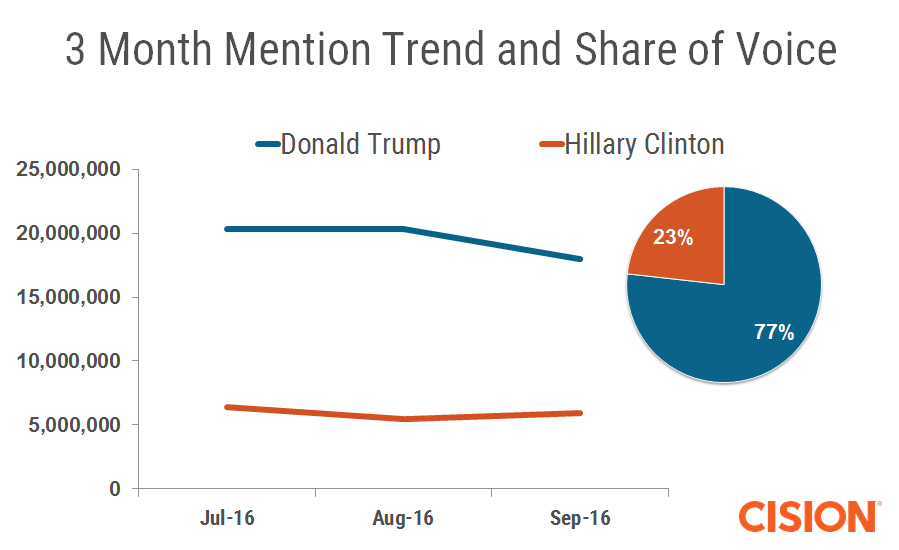 This is an outlier, as in the past three months Clinton’s mention totals have been nowhere close to those of Trump.

Why is Trump so dominant on social media? 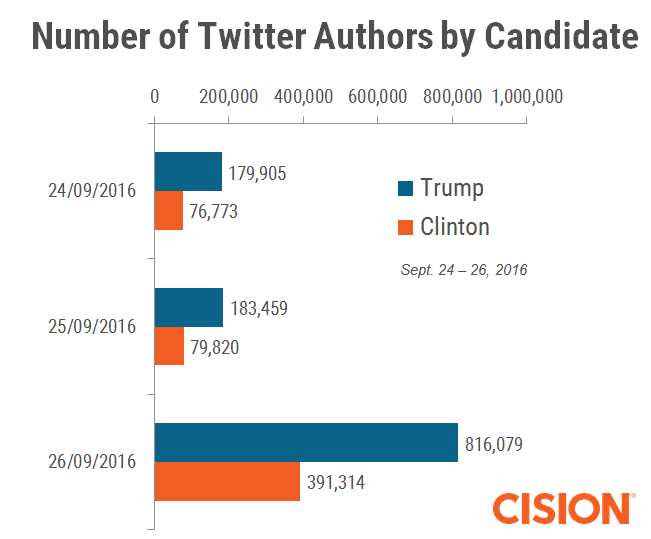 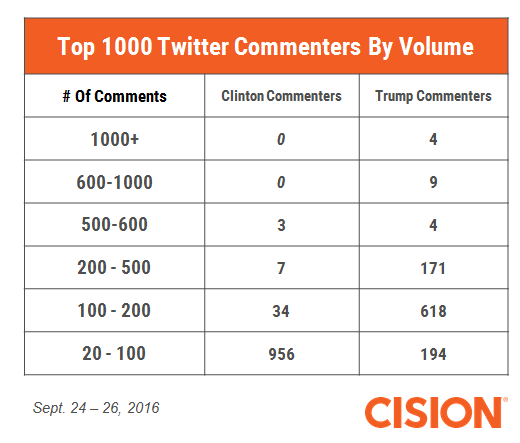 Comparatively, the bulk of commenters including Clinton by name posted between 20-100 comments in this time period.

Trump’s campaign has a network of people who are tweeting, in some cases, several times a minute about their candidate — retweeting each other’s content at a rate that requires incredible personal attention or boundless automation.

In the context of the debate, Clinton managed to compete with this sort of publishing regime. Live television interaction between the candidates proves to be an effective rallying tool for Clinton supporters.

Want to follow your industry as carefully as we’re following this election? Click here to book a demo to learn more about our social intelligence and analysis offerings.