Influencer marketing isn’t technically a new concept. If you think about it, we’ve been engaging in influencer marketing since the beginning of time – sharing information with friends and colleagues that might be likely to take those messages and share them as well. The industry is catching on – more and more brands are engaging in influencer relations to augment their PR and marketing communications programs, and with astounding results – reaching new audiences and earning new buyers. At Cision, we’ve seen considerable results from our influencer marketing efforts, and I wanted to share some of them prior to my webinar with our VP, Media Research Valerie Lopez on how to target the right influencers for your programs. Check out these awesome stats, and learn how I got them by registering for the webinar.

1) Live Event Attendance
When we held our annual industry conference, influencer relations was a large part of our strategy to generate earned media and social media buzz. By identifying and engaging a group of key industry influencers as well as the conference speakers with key conference-related content and contests, we were able to generate:

2) Product Launch Reach
We’ve also targeted influencers during product launches with the goal of generating more earned media. Product launches don’t generally garner a lot of traditional media coverage, unless you have something truly innovative and different for a massive market, like Apple or Samsung. The last significant product launch we had, we rectified this by offering influencers exclusive access to the product pre-launch. During launch week, we gave them pre-crafted messaging and multimedia resources but did not obligate them to write something positive about us. After involving them pre-launch, launch day, and post-launch, the influencer pilot group organically generated:

– 300% increase in product-related media/blogger/influencer coverage. This was important because it spread the word about our products and services to new audiences and organically entered them into the consideration phase of the buying cycle.

3) Brand Awareness
This is one of my absolute favorite influencer campaigns. In this case, we launched a promotion to thank influencers that contributed to our brand awareness during the year through their content contributions, speaking at our events, or generally just advocating for or mentioning the brand. The promotion included a bag stuffed with 12 gifts for 12 days of appreciation. After sending these simple and fun gift baskets:

4) Client Retention
After actively engaging influencers for years and helping their initiatives without asking for anything in return, they transformed into advocates for our brand. When an unhappy client stated that they were ready to switch from us to a competitor in a private Facebook group, the influencer reached out to me personally and sent me a screenshot of the conversation, since I wasn’t in the private Facebook group. I was able to (through the influencers moderation) contact them and help talk through their issues and get them resolved in a timely manner, preserving a large contract from walking out the door. Those dollars retained were solid ROI for our influencer relations efforts. This is an instance that is happening everywhere for many brands, making it important not only to be aware of “dark” or private social conversations, but to also have allies, aka those influencers that have your back and can help alert you about them.

5) Crisis Communication
Similar to #4, engaging influencers for years helped craft them into an effective arsenal to help mitigate certain crises. When faced with a large negative conversation about our brand (which every company should be prepared for), without even asking, several key influencers came to our rescue and advocated for us. Their “side of the story” was genuine, relatable and helped calm the conversations and preserve our brand reputation while preventing the spread of more negative conversations.

After you’ve identified the right influencers for your brand and conducted a campaign, the work isn’t over yet. The most successful influencer relationships are genuine and real – these individuals are our friends. Maintaining those relationships and providing not only incentives that are valuable to them, but also an amazing brand experience will ensure that you continue to reap the benefits of great influencer relations. I know this because I recently saw a trend of influencers we created relationships with over five years ago continuing to share positive messages about our brand, without even asking. That’s pretty special, considering that there are now networks where you can “buy” influencer time and content.

I’m pretty proud of these results, and look forward to sharing more of my secrets on the Cision webinar.

Can’t attend the live webinar to learn more? Register now, and we’ll send you the full replay to watch at your convenience. 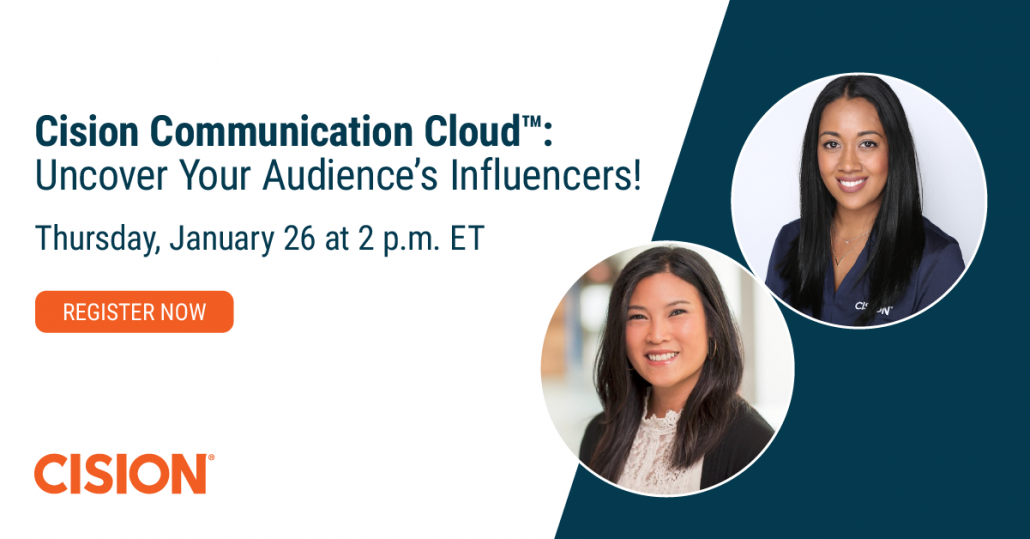