Recently, my colleague Bruce Kennedy wrote a wonderful piece, exploring discussions from the New York leg of the Cision World Tour. Therein, James McQuivey, a principal analyst at Forrester drilled into a report which explored that CMOs will reduce their spend, on display advertising by as much as $2.9 billion over the next year.

Opposed to counter that agreement directly, I want to take you down the road of history to see how advertising continuously renews itself. Kennedy’s and Mcquivey’s argument is that the shift will be toward storytelling, and brands should focus on video to entrap audiences to brand messaging.

This is what advertising and brands have always done, the difference today is that it will be audiences and influencers who disseminate those messages opposed to direct display advertising. The audience is the channel and generating the message.

Soap Operas Were the Beginning

By the early 1920s manufactures of home goods and cleaning supplies learned that women purchased close to 85 percent of all their products. Broadcasters incentivized brands to sponsor daytime programming which targeted this audience by halving rates for advertisements during those hours. Taking advantage of both of these factors, companies like Procter & Gamble began to sponsor radio dramas and comedy shows — even threading the use of branded products directly into the storylines of some of the shows.

According to Ad Age, by 1940, there were 55 daytime serials, largely sponsored by nascent consumer packaged goods brands. The public even criticized the formula of the shows; their commercialization, how ridged the story structures were and grew weary of the gendered tone of the content.

This cost versus audience, game theory is the foundation of advertising, which has persisted for more than a century.

Radio supplanted print, television eroded radio, and the Internet has changed the foundation of how we consume all forms of media. Advertisers evolve, they don’t disappear, and ultimately they spend more. It is just a matter of with whom and what manner of content they create.

In the 1970s, the soaps moved mainly from radio to television. With more women in the workforce working 9-5, daytime television audiences dropped in this core demographic.

Fortunately for advertisers the appetites of audiences shifted as well. Reality TV came to the scene, bringing soap-opera style drama but into the lives of real people. In 2008, the Boston Consulting Group surveyed 12,000 women in 40 geographies and found that women made 94 percent of decisions on home furnishings, 92 percent of vacations, 91 percent of homes and 60 percent of automobiles.

In shows like American Idol, brands had the opportunity to hawk products, while also promoting new artists. Just as soap brands did in the 1920s, brands were integrated into shows.

According to Nielsen, in 2007, American Idol featured 4,349 product placement occurrences and by 2008 Kelly Clarkson had sold 18.9 million albums.

Concerning demographics in 2007, American Idol’s women viewers shared 44 percent more text message votes than their male counterparts. Instead of just guessing at demographic splits of an audience, American Idol could distribute cold-hard facts on the demographics of engaged viewers.

Again, doesn’t this sounds a lot like what advertisers, brands and communicators are demanding and being asked for today?

In 2017, influencers with YouTube channels can generate 1 million views in a month. Creators like Jaclyn Hill have even been given the opportunity to build their own product lines with cosmetic companies.

Her content is personal. She reviews products, talks about her life and career and updates fans several times daily on Snapchat.

On Twitter, consumers hear news from journalists immediately as a story breaks. From sports-stars we want their backstory shared to us during the game, online and persistently. Another Forrester study found that 52 percent of consumers now purchase based on their values. If consumers disagree with your brand’s position, or lack thereof, they won’t buy from you.

We’ve moved from brands promoting through fictional stories in the 1920s, to then promoting manufactured ones in the 2000s, and today consumers are looking for authenticity, humanity and reality.

Brands will win when they present real-life benefits, through authentic voices. It will be even better if those voices are your friends, family, and community.

Advertising isn’t dead and it hasn’t really changed that much. Storytelling is the key. It is just that communicators are going to be more valuable in engaging with the mediums that can get the message out effectively. 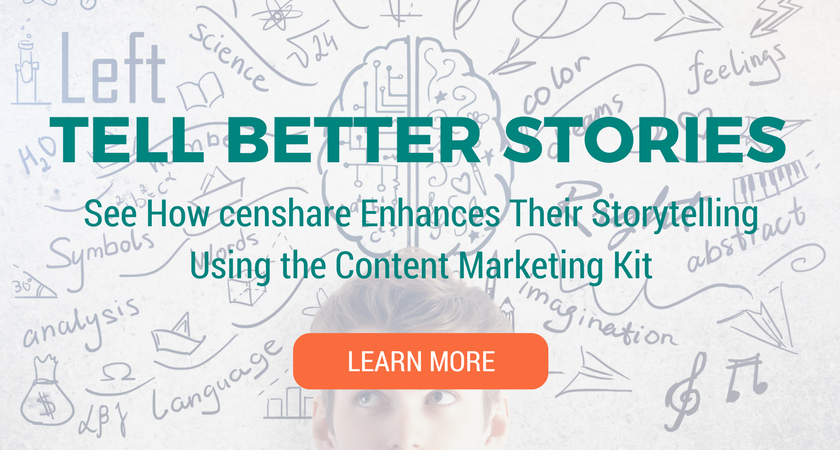