Building an online presence that fuels an influencer career isn’t easy. Successful influencers are in the business of relationship building and acting in ways that make followers genuinely trust them.

Challenges crop up often, and sometimes, even the influencers with the greatest reach know they need advice from PR pros to pull them out of ruts.

Regardless of if you are a brand ready to work with influencers or a public relations professional who often takes them on as clients, you must understand and address the most pressing influencer pain points.

When influencers believe you have the remedy for what ails them, they’ll be more likely to answer “yes” to your proposals.

However, it’s impossible to help influencers fix their problems — while simultaneously increasing your profits and prominence — without truly understanding the common issues they face.

When influencer marketing experts bring up the most common struggles encountered by influencers and the brands they promote, misunderstood expectations are a typical theme. Influencers might initially feel excited about aligning with a brand or company but quickly become stressed by companies that expect instant results — particularly from well-established influencers.

Popularity helps, but lasting relationships don’t happen overnight. Even the most in-demand influencers need adequate time to persuade their audiences that a given product, service or name is worthy of getting behind. When you’re aware of that reality, it’ll be easier to shape your timelines and expectations and not anticipate desirable outcomes at a snap-of-a-finger speed.

The best influencers reach out to target audiences with relevant, resonating content. It can also be tough for an influencer to determine the right times of day to publish content, plus whether most people in the target audience prefer videos, images or another type of material.

When influencers fall short in catering to audiences, they risk getting overshadowed by other people who’ve built online followings and have deeper understandings of audience preferences. Many influencers depend on metrics to track engagement levels, but as a brand or marketing professional, you can help them take that practice to the next level.

Assist influencers in extending their reach by giving them clear statistics about the most effective content types. Help them understand when it might be time to do a content overhaul and look at entirely new possibilities because the once-reliable options aren’t working as well as they were. Also, give insights that equip influencers to deliver content that followers can’t wait to read and absorb.

3. Connecting With Brands That Truly Understand an Influencer’s Goals

Most people have clicked on emails that seem interesting only to soon realize they’re spam. This phenomenon is especially frustrating for influencers. Reaching out to them in impersonal ways that make it clear you did little to no research about the influencer’s career is a fast way to get ignored.

Influencers want to maximize their impact and know they won’t do that by getting involved with companies that aren’t at all related to their audience and goals.

Brands and PR professionals successfully win influencers over by strategically highlighting how what they offer aligns with influencers needs. That’s why it’s necessary to perform meticulous research before pitching anything to an influencer.

4. The Pressure of Growing Visibility

Although most influencers love watching their follower counts go up, some also view that phenomenon with increasing nervousness. The feedback-rich culture of social media means that if an influencer publishes a less-than-effective post, people will probably notice and express their distaste.

That scenario happened to an influencer in Singapore who posted a picture of herself at an art exhibition while wearing a watch. Her post was meant to promote the watch band, but between a multicolored, polka-dotted background and a poor camera angle, the watch band wasn’t obvious. A Facebook user gave his criticism and caused the influencer to remove the photo — but not before it attracted attention for all the wrong reasons.

Influencers may need guidance to avoid making careless blunders. As a brand or PR expert, you could offer the expertise required to help influencers make better choices than they might without help.

Besides having stable ways to generate their incomes, influencers also want to get involved with campaigns that make them truly grateful for their promotional power. In other words, they love doing things that make meaningful differences.

For example, Charles Gitnick and Joey Birlem are two teenage influencers who teamed up with the creators of an app called LARKR. It’s the only telehealth tool that provides service to people under 18.

To spread the word about it, the influencers published weekly videos about the mental health issues dealt with by many potential audience members, along with LARKR promo codes. Gitnick and Birlem thought the LARKR opportunity was a great way to connect with their fanbases in a way that could help the audience live better.

By representing a brand or PR company, you could interest influencers by showing them you have connections that could enable them to have substantial, long-lasting impacts. Then, they create positive personas that people admire.

Remaining aware of these challenges should help you relate to influencers in ways they remember.

In turn, you could strengthen relationships or create new ones that move you closer to your aspirations while benefitting influencers, too. 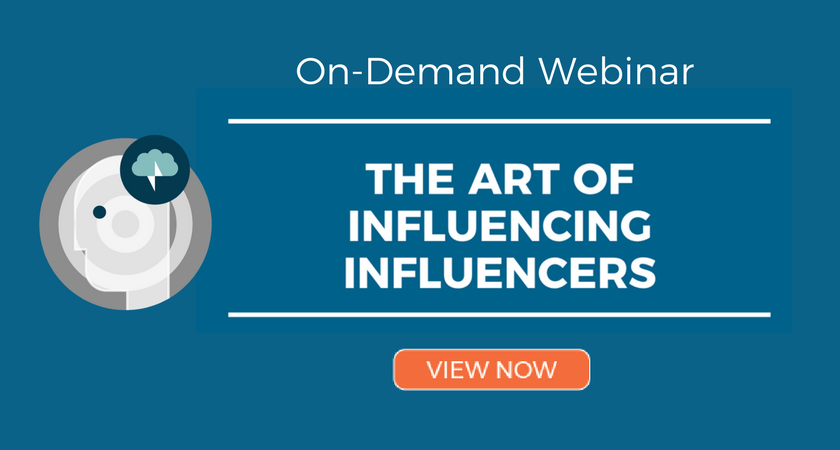 Kayla Matthews writes about branding and digital marketing for websites like Convince and Convert, The Daily Muse and VICE. You can learn more about Kayla and her brands here.