CES is the country’s biggest consumer electronics show, and this year’s event did not disappoint from that perspective. The Las Vegas event featured more than 3,900 exhibitors spread across 2.75 million square feet, making it the largest it’s ever been. Events like CES give brands the chance to showcase new products, connect with buyers, and provide a memorable consumer experience.

The show certainly did make news this year, but not for all the right reasons. There were some hits, some misses, and more than a few stabs in the dark. Of course, the big brands like Google, Amazon, Samsung & LG got the bulk of the coverage, but smaller brands were able to score some serious PR wins as well.

Here are the things we found most notable and some data-driven insights.

Who Turned Off the Lights?

Power in the North and Central halls of the Las Vegas Convention Center, which has been home to CES for years, was out for nearly two hours on Wednesday. First reports of the power outage hit Twitter starting around 11:14 AM. Power was slowly restored shortly after about 1:00 PM. Security evacuated most visitors to the halls during the outage.

"A preliminary assessment indicates that condensation from heavy rainfall caused a flashover on one of the facility's transformers," the CTA, Las Vegas Visitor and Convention Authority and NV Energy — which provides electricity to the Las Vegas Convention Center — said in a joint statement.

The blackout followed rains that had shuttered some events at the show. Folks hoping to escape cold winter weather in the Nevada desert were likely disappointed. In fact, even Google’s was forced to close due to flooding.

Of course, Google can shrug something like that off, but what about smaller vendors who rely on this event to ink deals that will translate to cash months in the future? The blackout disrupted some of the product demos, panels and meetings key to those contracts.

There are several ways to recover from a disappointing PR event. You can blog about your experience. I’m sure in this case people had some personal stories to tell. You can also use social media to bond with attendees and influencers, and you can reach out to presenters to get their point of view.

And there’s also newsjacking. One company with a smart sleep device called Aromarest began an email pitch by saying, "Having the lights go out, as they did today at CES, is one way to get some sleep."

The power outage was mentioned in 54% of articles related to CES.

Share of Voice: CES mentions about the Power Outage 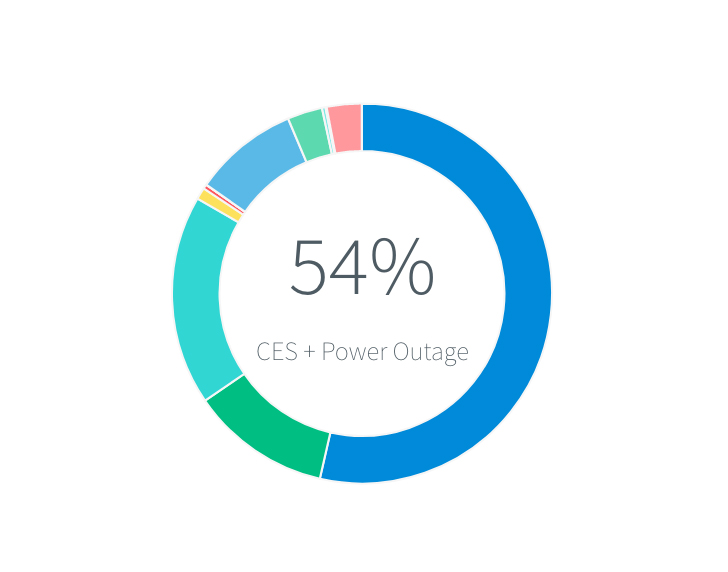 The Biggest Blunders of CES

When introducing a new product to the market, there’s always a chance that it will flop and there were a few major ones at CES.

LG’s Cloi: Cloi was intended to be the focal point of LT’s first of the morning presentation. The idea was to show how new artificial intelligence (AI) technology could enhance use of kitchen appliances. Cloi was having none of it. The robot gave no response to three consecutive commands beyond blinking. As you can imagine people turned to Twitter and hilarity ensued.

As a PR person, that probably makes you cringe, but apparently, LG’s team did an outstanding job of giving reports other things to talk about. Only 21% of the coverage of Cloi at CES included descriptions of the fail.

CES coverage for LG: Mentions about the Fail vs. Ones without Fail Coverage 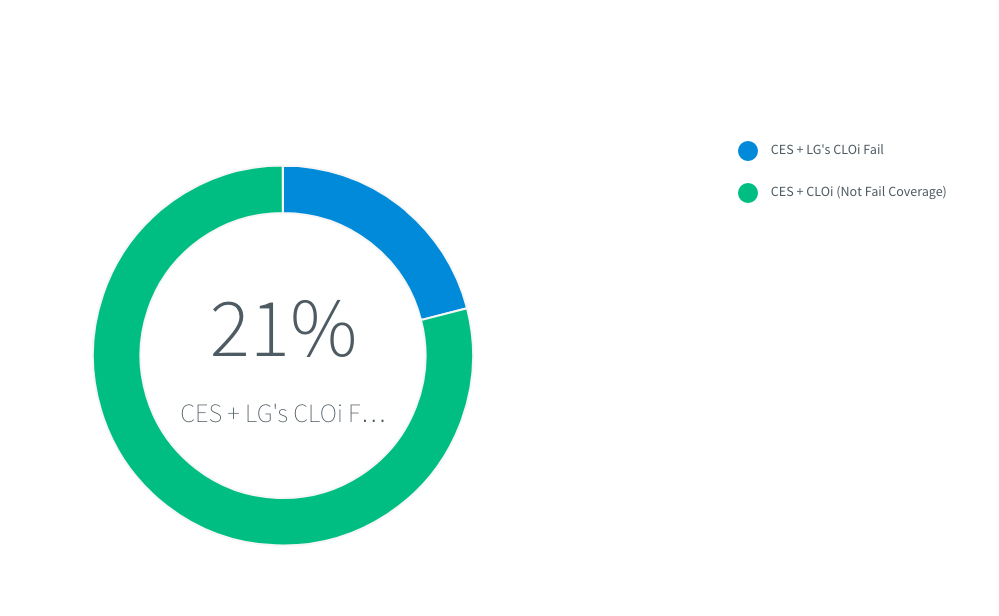 Softbank: Softbank’s Pepper Robot designed to give retail visitors an enhanced experience, failed to impress as well. With images of it looking limp and sad sprouting up over social media. The good news for Softbank was that this did cause a spike in coverage. The bad news is that it was mostly negative.

Kodak’s Bitcoin Machine: If you are unfamiliar with how Bitcoins are generated, you’re probably better off for it, but here’s the short version. Bitcoin can be mined by performing by performing the increasingly intense calculations that generate more of the digital currency. The computing power and electricity required are so intense, you wouldn’t want to do it at home. So, Kodak came up with a stand-alone machine to do the heavy lifting. Kodak’s offer, through a third-party licensee called Spotlite USA, was to ask people to pay $3,400 for two years’ use of one of these machines, housed at a facility near Kodak’s Rochester, N.Y. offices.  In return, Spotlite keeps half of all the Bitcoins it generates over that time. We won’t get into all of the details here, but suffice it to say that experts are dubious that this is a good investment. (Read the details in BuzzFeed’s article, “This Is Why Experts Are Calling Kodak's New Bitcoin Scheme A Scam.”)

What do you do if any of these PR disasters happen to you? Think like a Boy Scout and always be prepared. We recommend a PR crisis prevention and action kit for every brand.

When it Comes to Smart Luggage, Bigger Isn’t Always Better

We had no idea that the next technology frontier was smart luggage, but boy was there a lot of it on display at CES. What’s interesting is that these startups were able to garner some excellent PR from CES even when up against some of the biggest names in tech.

Travelmate Robitcs with its luggage that follows you got was the most prominent share of voice winner in the smart luggage war. It was followed by Moodbag, a piece of luggage you can actually ride. Lumzag, Luggage Teleport, and Puppy 1 Suitcase all earned coverage as well. 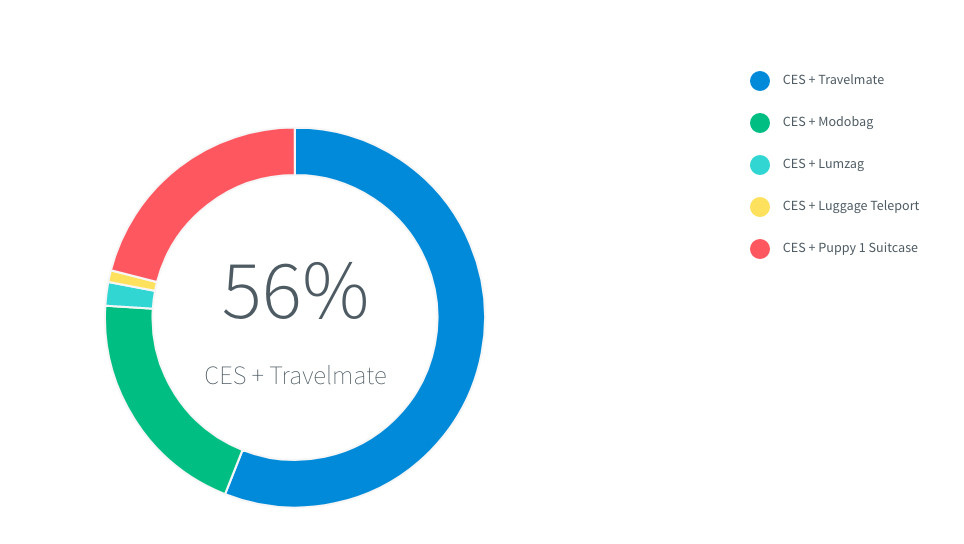 How did they cut through the noise?

With a rock-solid PR strategy. These brands had recruited influencers to travel to the show with the bags. They had them on hand for demos and leveraged the competition to earn coverage.

In short, here is what we think PR pros can learn from CES and apply to any event:

It looks like technology PR is off to an exciting start in 2018. We’re looking forward to seeing how these and other innovative brands continue to earn coverage throughout the year.