Many huge stories come out of Washington, DC.

But if you live in these parts, you know that Washington is as small as it is big. Often, you'll see the same folks and run into friends wherever you go. You probably even read the same newspapers and follow the collection of local news media covering this government town.

These two publications are longtime Washingtonians -- CQ was founded in 1945; Roll Call in 1955. They always had very different editorial missions.

In 2009, the two came under one roof when Roll Call's parent company, The Economist Group, acquired Congressional Quarterly and began the process of merging the newsrooms.

"CQ was and is focused on policymaking and particular the legislative process," Dick said. "Roll Call was and is more focused on the politics, particularly campaigns and elections, and how the political process influences the policy world. It made sense to have both brands under the same roof, because they had largely complementary missions."

Dick gave Beyond Bylines the scoop on covering Washington from his newsroom. Here's what he had to say.

1. How do you decide on editorial direction and content – or is everything fair game?

We're at our best when we focus on Congress, what happens there, and what happens in the places affected by its actions. That's not as easy as it sounds, especially because the president, whether it's Donald Trump or Barack Obama, is so good at setting the table for the news cycle. But that also gives us our opportunity. Congress is an equal branch of government, whether it acts like it or not. It's also a remarkably open place to work in, and cover, especially compared to the White House or the Supreme Court. So it's not that everything is fair game, but so much of everyday life is affected by the political and policy process, it can seem like it's all fair game. So our focus on Congress helps filter things so we don't get lost in the news cycle.

2. How different has it been to cover the Trump Administration vs. the Obama Administration? Is there one that you like more than the other?

One thing that is different about the Trump administration is the pace. The partisanship, the vitriol, all of that was there before, and certainly before Obama was sworn in. But the pace has definitely picked up, which I think is partly a product of more people relying on social media for news and the current president's preference for using it to convey his positions, or grievances. I think we were heading here anyway, but Trump has accelerated the speeding up of this evolution and everyone is adjusting differently. We're figuring out the norms as we go along. So that's destabilizing, but it can also be invigorating, because we have this sense that we're part of this huge change in how we process information, news, images, etc. 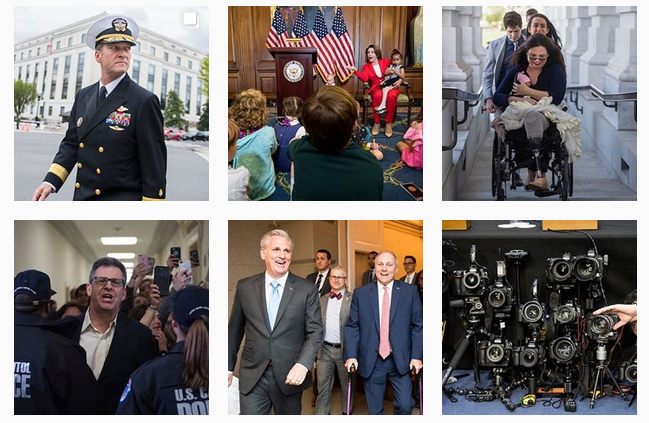 3. Do you ever find yourself surprised in your coverage of Washington politics?

I feel surprised on a pretty regular basis. I love stories and personalities and spectacle. Politics, to me, is a part of the fabric of our society, and has been going back to when we started congregating as humans. I'm interested in such a wide variety of things, from public policy to food to sports to movies, and, as a journalist and a colleague in the newsroom, I feel like my job is to look at something interesting and convey why it's interesting to as many people as possible. That means looking for new wrinkles on old stories, surprises really, and I'm rarely at a loss for material. So yeah, Washington politics still interests me, and surprises me regularly.

4. What’s next for your newsroom? How large is it and where would you guys like to take it and its editorial direction?

It's an election year, so we're doing more and more coverage of the campaigns out there, especially looking at places that tell a story that either illustrates a broader point or is just so cool or weird that we just have to cover it. Legislation in Congress tends to slow a bit during these election years, but it ramps up on that election level. So we're getting into At the Races mode (Shameless plug: At the Races is our section on Roll Call dedicated to the election.) We've got around 100 people in the newsroom. As far as editorial direction, we feel like keeping that focus on Congress, viewing public policy and politics through the lens of the legislative branch, is our bread and butter. The more attention that the White House commands, the better position we are in to offer an important alternative. 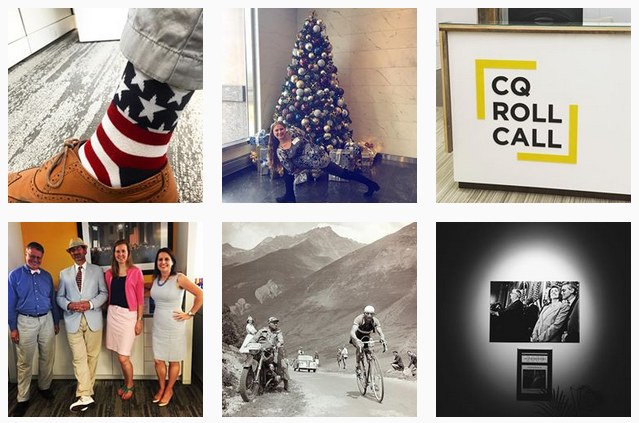 5. What was the most important story that CQRC has covered this year and why?

I'm especially proud of our Wealth of Congress project. We have an amazing group of reporters who comb through lawmakers' public disclosures of their assets and liabilities and then produces a report that outlines how much each member of Congress is worth, what kind of stocks and investments they own and how they behave economically. It's a very rich project we do each year, and it reveals so much about lawmakers: if they have debt, stock in companies they oversee, family wealth, a whole array of ways that make up a picture of who these folks are. So when the House Energy and Commerce Committee has Facebook CEO Mark Zuckerberg in for a chat about privacy concerns, we can tell you who on the committee owns Facebook stock. It's a transparency thing, and it's a public service.

Christine Cube is a senior audience relations manager with Cision. She works mostly with journalists, bloggers, and content creators with their breaking news feeds from PR Newswire for Journalists. Christine also freelances and ghostwrites for a variety of entertainment and online publications. Follow her on Twitter at @cpcube.