PR in the Age of NewsBots: a Pitched Battle

In the (uncomfortably) near future, a far greater portion of news stories — the recap of yesterday’s game, the earnings report, the natural disaster, last night’s board meeting — will be, pardon the expression, fake news. They will not be inaccurate, but they will be fake, insofar as they will be assembled and written by newsbots.

Newsrooms are all in on robot journalism. Since 2013, AP has experimented with artificial intelligence (AI). More recently, the Washington Post had a bot join its team in covering the 2016 Olympics in Rio. For the most part, newsbots do a workmanlike job and will play an increasingly large role in the news organization, as the savings on staff can be the difference between staying afloat and going out of business. But it’s obviously not a great development for reporters who are being forced to cede their well-worn beats to algorithms that are accurate, always on time, not paid for overtime, never depressed or hung over and are unflappable under even the most intense deadline pressure.

The rise of newsbots will pose direct challenges to PR people as well. As they crowd out journalists, we’ll have fewer contacts to pitch, until it becomes clear how one pitches a bot (more on this below). If bots can handle a standard AP-style news story, surely they can be engineered to handle a press release, right? The question then arises, "Can an algorithm be programmed to pitch?"

First, the bad news. As a general rule, what can be automated, will eventually be automated. Now, for the really bad news. The technology is already here — the data extraction and AI processing technologies that are currently used to create news stories should be able to reverse engineer pitches. But, the real question is, "Can it generate pitches that will get a reporter’s attention?"

Filing a standard wire service-type story on a ballgame or forest fire requires that it be properly structured, sourced and accurate. It doesn’t have to provide context or a particular perspective, it doesn’t have to be counter-intuitive, provocative, or even witty and charming as a successful pitch often does. This is where we still have a decided edge, as it’s hard to imagine a bot having the requisite level of, dare we say, artistry to pull off a solid pitch.

But maybe we kid ourselves. Have you engaged with a chatbot recently? I have, and found her (I think it was a her) to be surprisingly charming and helpful. It’s also worth remembering that when Watson handily beat Jeopardy! champ Ken Jennings, it represented a major advance in AI, as Jeopardy! requires a nuanced grasp of language including jokes and puns. Still, I’m reasonably certain that we have a good 4-5 year run before we’re competing with “pitchbot” technology.

A more immediate pitching challenge is likely to be in the form of bots that serve as editorial gatekeepers. It’s easy to imagine more reporters coming to rely on bots to vet pitches, as sifting through a daily pile is tedious work and some of it can be easily automated. It should be relatively trivial for an algorithm to filter out pitches that are for a different beat, are on a topic that the reporter has covered two months ago, are from a list of unreliable sources, contain phrases that are deemed too promotional, or cross a pre-determined threshold of syntax errors. In other words, uber spam filters with more intelligence, even intuition. This is actually a welcome development, as it weeds out the bad from the good pitches, and gives journalists more time to focus on yours.

But as newsbots get smarter and evolve from assembling news to breaking news, we will find ourselves in the humiliating position of having to convince a highly discerning robot that our pitch merits consideration. How does one pitch, engage, and persuade a machine? Usually, before we pitch, we like to know who we’re pitching to, their beat, areas of particular focus, topics they’ve covered over the past 3-6 months, in what manner they prefer to be pitched, pet peeves, interests, etc. When pitching a bot, who – or what – are you pitching? How much will information on a particular bot be available? Will bots be assigned to beats with a “paper trail” that shows their work over the past several months? Will news organizations give a newsbot covering a particular beat a name, like online digital assistants that go by the name Harry or Molly? Will they have a history that we can use as a reference point?

Bots With a Human Face

Bots with a human face is apparently not that far-fetched and actually may make sense on an HR level. Indeed, some people are starting to think deeply about the HR implications of a workforce made up of bots and their human colleagues. A recent Forbes article, Benefits For Bots And Other HR Conundrum, argued that “much like their human counterparts, bots need onboarding, training, upskilling, management, performance reviews and even retirement strategies if they are to be productive members of the employee roster.” The article went on to recommend that bots have clearly defined roles, they are assigned a manager to train them and monitor their performance, and they are provided with an exit strategy (“You may discover that, like human employees, a bot may not be a good fit for the task at hand, particularly as the transaction or process develops and morphs over time.”). It turns out bots are people too – kind of.

“Helen3000 (no relation to Andre3000) covers business and technology. Mets fan, grammar nerd, stamp collector. Insists that you know her beat before contacting her (by email). And no, she won’t be able to meet you at HRTech, Interop or the Consumer Electronics Show to talk about your client.”

So while Helen is a bot, she’s a bot you can kinda, sorta relate to, which makes her at least seem just a little more pitchable. The downside is that a newsbot with this level of sophistication may be able to cut out the middle man – us – and generate its own pitches for its own stories.

If I’ve painted too grim a picture, take heart in the observations of Joshua Benton, Director of Harvard University's Nieman Journalism Lab, "Good journalism is not just a matter of inputs and outputs, there is a craft that, however imperfect, has evolved over decades … I'm not saying that machines will never get there, but I think they're still a pretty long way away." 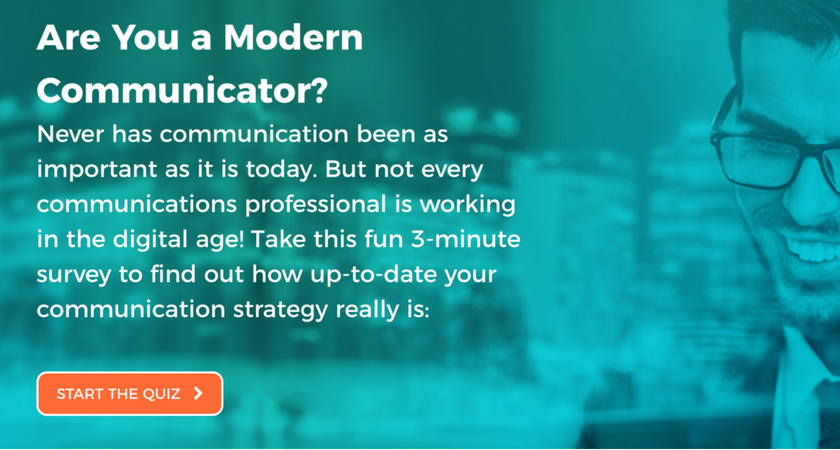 Charles Epstein is founder and president of BackBone, Inc., a public relations and marketing communications company specializing in workforce and healthcare technology. He writes a regular humor column for WorldatWork and is currently leading the development of an AI-driven mobile app/platform for business travelers called mBARC, involving an interdisciplinary team of data scientists and behavioral psychologists.