5 Brands That Have a Social Impact with Their PR Campaigns

With consumers ignoring advertising and commercials more and more, it becomes increasingly challenging to get their attention. And yet many brands have found a way to succeed at engaging their audience by bringing to light a social issue.

The secret to their success is that advertising teams work with PR execs, leadership, legal teams and marketing to make sure the right tools are in place to target, distribute, monitor and measure the campaign to ensure that it thrives.

Playing Off of Controversy in PR Campaigns

Sometimes these campaigns instantly polarize viewers and create dialogue. Look at Nike’s recent ad featuring Colin Kaepernick, the football player who started the protest against racial injustice by kneeling during the national anthem. Many — including President Trump — were offended by his (and other subsequent players’) behavior, feeling it was unpatriotic.

And yet, Nike chose this revolutionary as the focus for a recent commercial. While it incited rage in those who had negative feelings toward Kaepernick’s actions and Nike’s support of them, some going so far as to ban or even burn Nike products, the campaign still was a success.

While the campaign was tongue-in-cheek, it also had a clear message: we do not support the wall.

Cards Against Humanity has a history of zany PR campaigns. The company even bought an island on a lake in Maine and named it Hawaii 2, “the okayest place on earth.” The brand gave it away as a gift for its “2014 Holiday Bullshit campaign,” and sent 250,000 subscribers a license, a map, and a small Hawaii 2 flag. Now Hawaii 2 is open for the public to visit.

Because Cards Against Humanity fans (they’re more than customers; the game has a fanatical following) are a bit quirkier than your average Monopoly players, the brand has succeeded by developing these off-the-wall campaigns.

A Gentle Way to Communicate a Political Stance

84 Lumber may not be spurring boycotts or product burning like Nike, but its Super Bowl commercial took a stance on the same hot topic as Cards Against Humanity: the U.S./Mexico wall.

The commercial isn’t polarizing in its stance against the wall. Instead, it seeks to humanize the story. People suffer from third world conditions in Mexico, and many seek a better life in the U.S. And yet this story is often lost among the political pundits on the news.

With the tagline, “The Will to Succeed is Always Welcome Here,” 84 Lumber clearly but gently communicates its disapproval of the wall, and warms the hearts of those who share the brand’s beliefs.

Nike, Cards Against Humanity, and 84 Lumber took hot topics in the United States and leveraged them to create brand awareness and foster dialogue, and, as a result, boost sales. All three brands were aware that such a controversial campaign could result in the loss of customers but ended up more successful for taking the risk.

PR as a Tool to Change the Dialogue

Rather than polarizing their audience, other brands have used public relations campaigns to evoke emotions with consumers. Make your audience laugh or cry, and you’ve got them hooked.

Always launched its #LikeaGirl campaign to bring awareness to the negative impact on girls’ self-esteem that the phrase “[doing something] like a girl” has had. The campaign points to the fact that girls lose their self-esteem during puberty, and the perpetuation of a phrase like this has long-term damaging consequences.

The campaign was designed to turn the insult “like a girl” into a phrase of empowerment.

The audience for this commercial isn’t thinking about Always’ line of feminine products. They’re thinking of their own reaction to doing things like a girl. But when they walk into a drug store to buy this type of products, which do you think they’ll choose, all things being equal? Likely the brand that wants to raise girls and women up.

Connect With Your Audience in an Authentic Way

Several years ago, Dove launched its #ChooseBeautiful campaign to draw attention to the fact that women often don’t see themselves as beautiful. With fashion and the media constantly communicating that thinner and younger is better, this is an issue that many women struggle with.

Dove has a history of campaigns centered around women simply loving themselves as they are. This is refreshing among ads that seem to do the opposite when they hire anorexic models to represent the average woman. Just like Always, Dove succeeds because it taps into the psyche of its audience and evokes a strong emotional reaction.

Always and Dove weren’t blatantly trying to sell products with these marketing campaigns. Instead, they merely wanted to bring attention to sad perceptions that women have about who they are, thanks to society or the simple fact that everyone wants to belong.

A Joint Effort Within the Company

Successful campaigns like this aren’t just the responsibilities of the advertising or marketing team. Public relations is also part of the conversation, working with marketing, social media, advertising and legal staff to ensure that the campaign creates an appropriate message, that they’re prepared for a potential backlash that might require crisis management, and that the campaign is disseminated across all marketing channels for the brand.

Integrating the campaign across platforms — be it in a press release, shared on social media, announced on a blog, or communicated in an email — ensures the widest reach of the campaign and the best number of metrics to analyze results. And media monitoring ties it all in together. Seeing how the campaign fared on each channel can give a brand better insight into where to put more promoting energy to expand its reach. 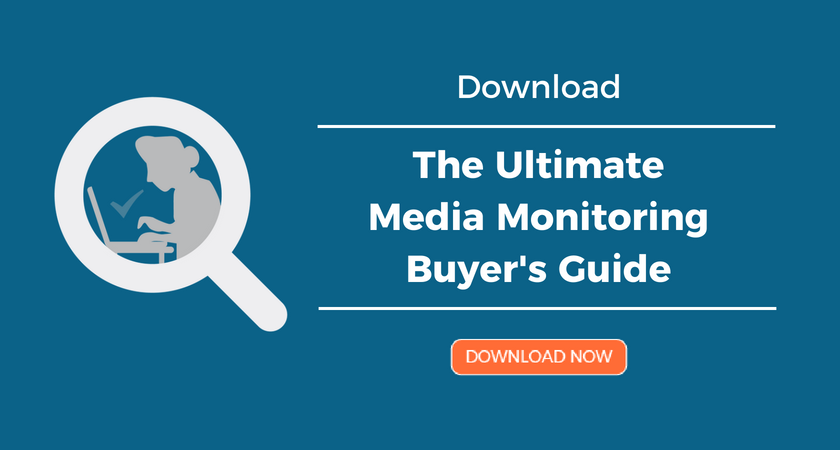