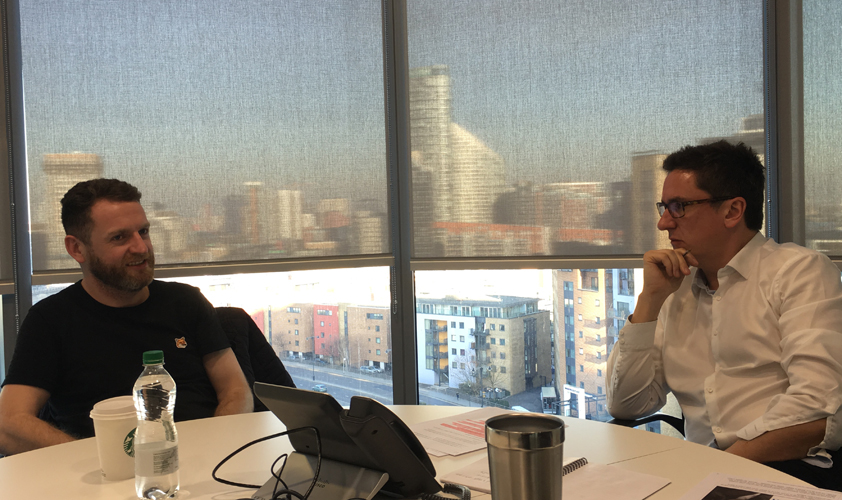 “It is about how are you proving, demonstrating and measuring creativity,” he said. “Measurement enables us to show that our ideas have true value in the world and an authentic reason for being.”

He added: “We talk about FleishmanHillard Fishburn as an agency for change. That’s a nice notion, but unless you can really measure and demonstrate that change then you’re just another PR agency touting cheap creative.”

O’Sullivan noted that the agency took creativity seriously and didn’t conform to stereotypes about its use in PR, such as being the domain of hipsters or people wanting to simply ‘float things down the Thames’. He argued that while PR is a very creative discipline, it fails to talk about itself as such because there was an ingrained idea that “creating an advert for John Lewis” is how creativity is defined.

Through both his own presentation and responses to questions from webinar audience members and moderator Simon Hooper, senior account director at Cision, O’Sullivan discussed the metrics to use when measuring creative campaigns, the foundations of a creative idea, why a low creative budget can be more fun and his vision for the future of creativity in PR.

Continuing on the theme of measurement, O’Sullivan argued that, contrary to stereotypes, it can be one of the most creative PR spheres. He believes that there is a creative aspect to identifying the correct metrics by which to measure campaigns.

As an example, he mused that the Royal Family could demonstrate its value by examining the effect Prince Harry and Meghan Markle had on “UK PLC”. Similarly, he said that theme parks like Thorpe Park might choose to measure customers’ adrenaline levels on new rides as a way of proving their effectiveness.

He stated: “Thankfully, in that scenario, we were able to unlock more funding for the programme, and that’s a far better demonstration of the value of our work than a few column inches.”

The foundations of creativity

When it comes to the creative process, O’Sullivan said that he and his team are committed to insight-led creativity. He noted that the agency had an insights team which was devoted to unlocking the “ah-ha” moments which form the basis of their campaigns.

“If it’s not grounded in a genuine human truth from our audience, then we don’t even start the creative process,” he said.

When it came to generating creative ideas, O’Sullivan said that everyone had their own way of doing it, whether that is after a few drinks or a moment of serendipity on the street, and were in a way a “little bit of magic”.

However, he warned that the traditional “artistic” view of creatives and creative ideas was dying out, making the point that he was not an artist but someone doing work in response to business briefs. Linking back to measurement, O’Sullivan warned that you “can’t measure magic”.

One of O’Sullivan’s key points on creativity was “don’t create anything new”.

He suggested mining the client for a good story, such as asking about any unique ingredients or interesting people in the supply chain who could be used to represent the new flavour.

He added: “If you really want to show off how creative you are and your agency are, then respond to a brief with virtually no budget, because that’s where the real power lies. If anything, if clients were throwing hundreds of millions of pounds at us then the creative adventure would not be as exciting, interesting or challenging.”

The future of creativity

When asked about the future of creativity in PR, O’Sullivan predicted that “diversity will really transform our industry”.

He stated that the reason the same creative ideas recur in the industry is because the same type of people are coming up with them. He believed that an industry with more women and which isn’t exclusively white and exclusively straight would come up with different types of creativity.

As an anecdote, O’Sullivan noted that the creative mentorship course he oversees at FleishmanHillard Fishburn is predominantly female, and he notices a distinction in the type of ideas they come up with when compared with ideas coming from people with a similar background to him.