Reuters’ Axel Threlfall: “We want PRs to build a rapport with us” Threlfall told a packed house at the company’s UK headquarters that he recently had a conversation with a PR who had declared that working with Reuters had been a “mystery” to him.

He encouraged communicators to give him a call and to start building a relationship, rather than relying on a scattergun approach. “I’m happy to build a rapport with anyone, if they have the patience and a decent pitch,” he said.

Nick Tattersall, Reuters’ Managing Editor, News, EMEA, added that it was essential for PRs to work together with the news organisation’s journalists so that reporters can immerse themselves in their specialisms.

He noted: “It’s essential that our correspondents are in touch with and understand the beats, companies and institutions that they’re covering, even when they’re not in the news. I would encourage communicators to reach out to our journalists not just when you have a story to tell, but also in “downtime” to build that relationship.”

Alessandra Galloni, Reuters’ Global News Editor, emphasised Tattersall’s point that comms professionals should build relationships when not involved in a news story, as “the best understanding is going to come when journalists and PRs are not under time pressure.”

The trio went on to discuss Reuters’ combination of speed and accuracy, the benefits for PRs working with Reuters, the importance of being truthful and the different audiences its stories catered for, including the Refinitiv financial data business.

As the news agency is relied upon by thousands of publishers and broadcasters, Reuters must combine speed and accuracy. Tattersall noted that often the speed at which the company can break a story is measured in seconds and sometimes the fraction of a second against competitors.

However, he stated that despite the need for speed, accuracy was still the most important aspect of a Reuters story and what the agency prides itself on.

He said: “Accuracy is essential, that’s embedded in the nature of our audience. We’re a news organisation which provides information which enables people to make decisions, whether they’re financial professionals, governments or policy makers. If you get that wrong, then your brand proposition disappears.”

Tattersall added that the skill of a Reuters journalist is to understand their beat so well that they can demonstrate “accuracy at speed”.

As a company which produces a diverse range of content for the biggest news organisations around the world, a Reuters story will be picked up by a range of outlets.

Threlfall emphasised that this was an important reason why communicators should look to work with the company, as you’re maximising the number of people who will see it.

He noted: “If a senior policy maker or corporate executive wants to do one interview in Davos, for example, you could go to another news outlet. However, if they come to Reuters, they know that the interview will go out to 250 broadcast clients, thousands of newspaper clients and millions of viewers and readers.”

“That’s a very strong proposition when you’re trying to sell a pitch to someone”, he added.

Be truthful and don’t dictate

Reuters journalists all follow the organisation’s five Trust Principles, which requires them to act with integrity, independence and freedom from bias at all times.

This means that the organisation looks very unfavourably on any PRs or companies which look to mislead them.

Galloni disclosed: “I understand that there are some things that a PR representing a company or CEO cannot tell the public. What I cannot accept is if that person is not truthful with me about that.”

This also extends to comms professionals who look to inhibit what Reuters journalists can and cannot do in interviews, with Threlfall explaining:

“Please never try and dictate what we can and cannot do in an interview. We’re trying to be truthful and are bound by our Trust Principles, it doesn’t work. At the end of the day, the interviewee is going to get a better story out of us if they let us have free reign and do what we do best.”

Last year, Thomson Reuters sold 55% of its Financial & Risk business to private equity firm Blackstone for $17billion. As part of the deal, Refinitiv will pay $325 million annually for access to Reuters’ news service on its trading terminals.

This means that the news agency has three key audiences; the traders using Refinitiv for financial decision making, media organisations using content to produce their own stories and news for the company’s website.

However, Galloni stated that reporters won’t bear any of this in mind when producing fast, accurate stories. “People in the bureaux are reporters, they should just report, report, report. They shouldn’t be thinking about ‘how is CNN going to use our story?’ It’s at the editor level where we decide ‘let’s do it this way’,” she said.

She revealed that once the main story has been completed, the team at Reuters would add other angles which appealed to its different audiences. 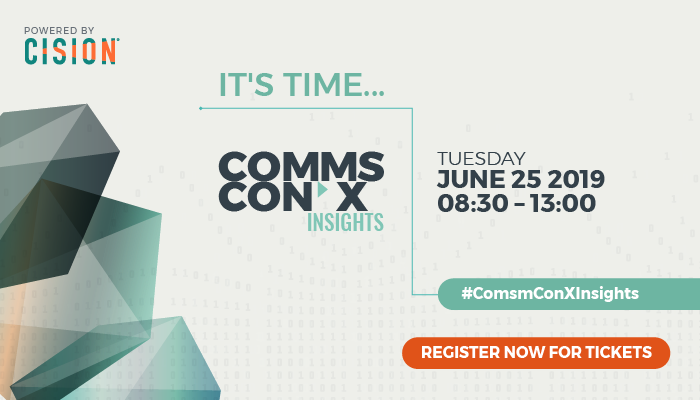