What an eventful few days! We can say without a doubt that Greta and Donald kept the media on their toes this week.

Friday, ECB President Christine Lagarde commented on Brexit, the inflation rate and the ECB’s monetary policy. Greta Thunberg ensured that the issue “How to Save the Planet” did not vanish from the agenda, calling for a climate strike in the streets of Davos.

Please find attached our Davos Monitor 2020 with these and more insights on the last day of the event.

We hope you enjoyed our service. If you have any questions, feedback or interest in our service portfolio in general please feel free to reach out to your account manager or to davos@cision.com. 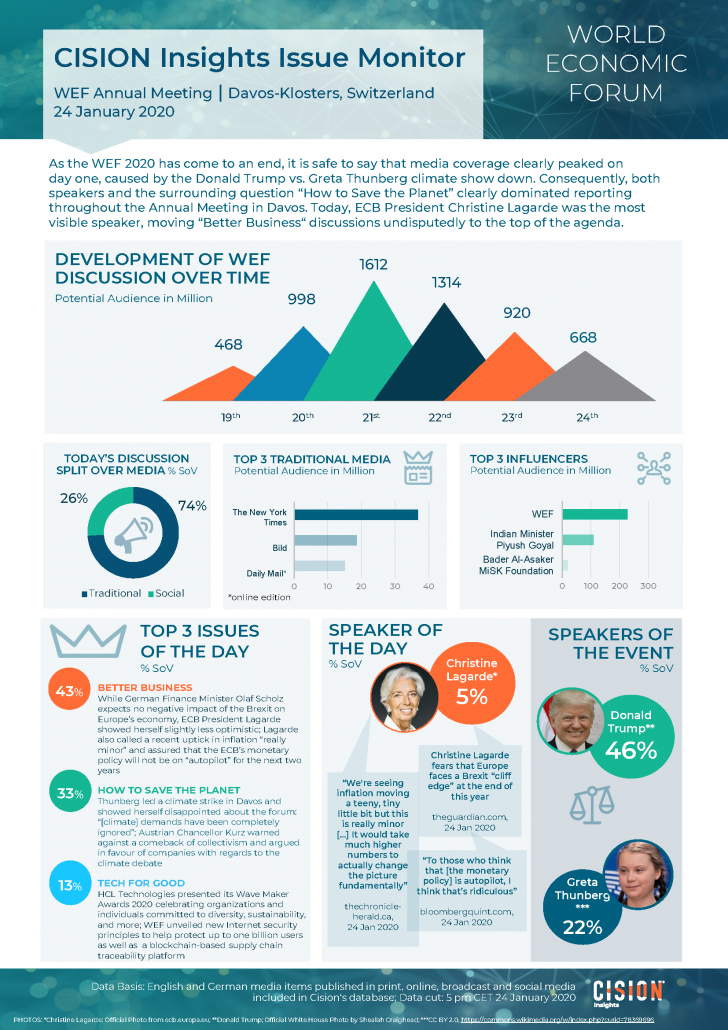 What to look out for