How will we save the planet?

It’s the very last day of the WEF 2020 and what an impressive week it has been. The forum was dominated by one main topic: How will we save the planet? Almost every discussion was in some way influenced by Monday’s appearances of Donald Trump and Greta Thunberg – who would have thought it? However, it’s not over yet. Events will still run until noon. Among other guests, the President of the European Central Bank Christine Lagarde will discuss the global economic outlook. For those of you who are planning to do some exercise before the weekend, the ski lifts are open and sunny skies are forecast. Our final daily overview will ensure that once again you keep up to date with what you need to know, when you need to know it. Thank you for following us this week - it was a pleasure.

Here are all facts of the third day in Davos 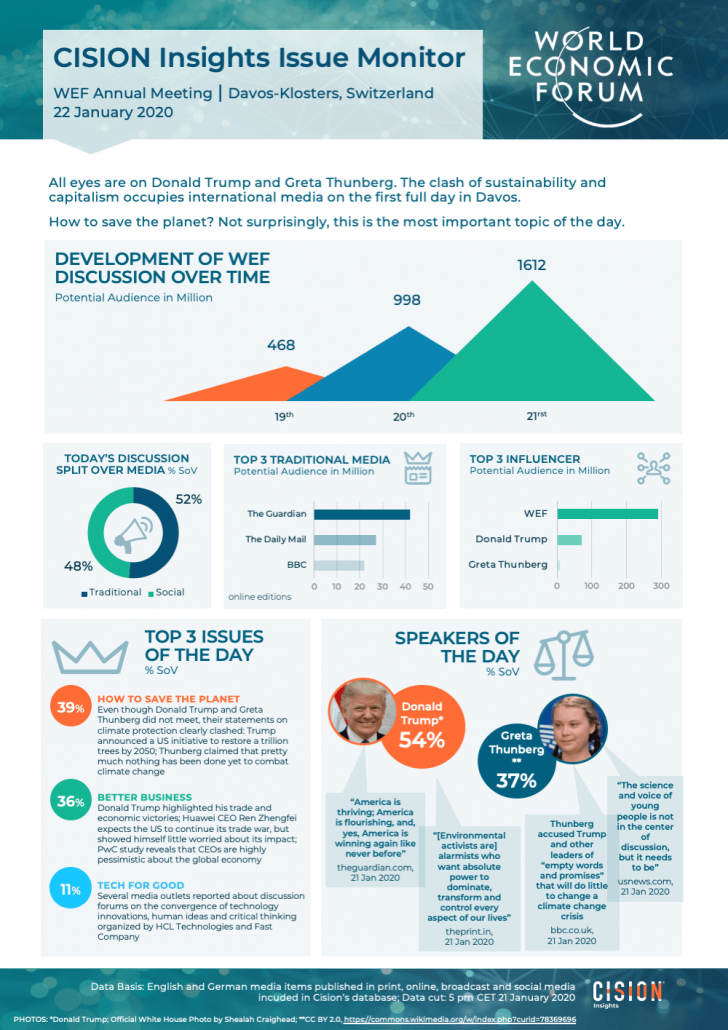 What to look out for?