Ella Paradis is the editor and creator of The Black Explorer magazine, a new quarterly publication aimed at correctly representing Black explorers, travellers, adventure seekers, and storytellers. We asked her about her experiences as a traveller, reader and editor... 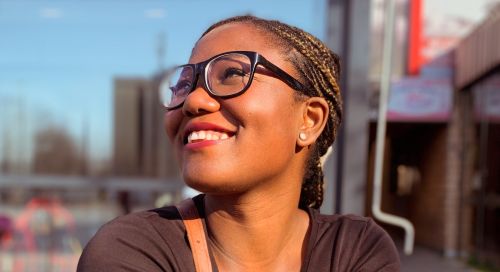 ... there’s something very romantic about print and to me it felt that any platform I’d build to represent Black travellers deserved that element of romance and special care

Where did the idea for your own travel publication start? Did you always know it would be a platform for Black travellers?

It all started about 2 years ago when I started working in the industry. I had braved a rare snow storm here in London to attend a networking event hosted by a travel PR company near Tower Bridge. There, I met a handful of Black travel bloggers and content creators, who introduced me to the Black travel scene in London and the UK.

Before this, I only knew of the Black travel movement in the US.

Within a couple of months, I ended meeting and connecting with so many amazing Black explorers and adventurers like me, running their own blogs, inspiring the community to venture out.

I then started to question why I never saw any of these talented creators, writers and adventurers featured in the pages of the travel magazines I had collected over the years. And with every new issue I added to my collection, the more I started to look for those faces that looked like me and found that they were barely there.

I realised that it wasn’t because they didn’t exist, but because they were not being offered the same platform to be seen. So I decided to do something about it.

I learned to be fully in charge of myself in foreign environments, so travelling for me always meant being free and being grown.

Over the years I’ve collected stacks upon stacks of magazines but up until two years ago, I never questioned the lack of representation because it was the norm. My parents have been sending me off on trips on my own from a very young age, so I was very comfortable travelling, especially solo. I learned to be fully in charge of myself in foreign environments, so travelling for me always meant being free and being grown. At some point, I must have stopped looking around trying to find people that looked like me and just accepted that I was the odd one out, and that’s just that.

Until I went to India three years ago. As I was planning my trip, the guidebooks and magazines warned me of the treatment I may receive as a woman, but none mentioned the colourism that was rampant and that would add another layer of discomfort to being a dark skinned Black woman travelling through the country. To this day, I’m still scarred by some of the encounters I’ve had in India, encounters which I could have prepared for, had the narrative of women travelling around India not been told from the white female gaze only.

A year after my return, I started working in travel and connecting with other Black female travellers who shared the same negative experiences and I guess the little girl in me that stopped looking for faces that looked like hers started searching again. And they weren’t there, in the pages of the magazines and guidebooks I usually turned to. 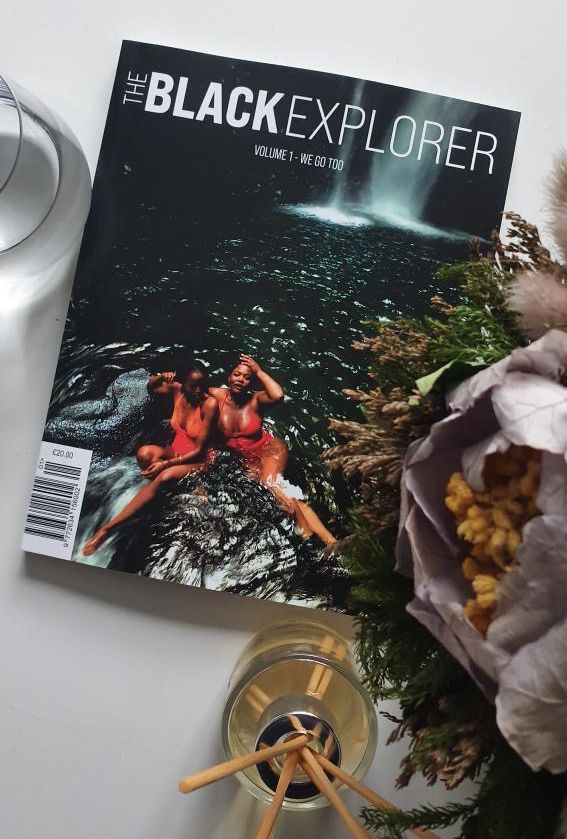 You have said that your project “had to be a magazine” - what is it about print which speaks to you?

Even though we live in an increasingly digitised world, we can’t deny that the internet can be quite overwhelming. Our attention span online gets shorter and shorter and there is so much information to sift through that most times we don’t even know where to start. I have a reading list filled with hundreds if not thousands of links I’ve saved with the intention of one day going back and properly reading, but never getting around to. Every second there’s something new. For example, I start reading an article about what to do in Lisbon, which will contain some links which I’ll end up opening in new tabs. Each of those tabs will contain more links to more info, and before you know I have 20 tabs open leading me down a rabbit hole of information I can’t ever hope to consume let alone remember.

There’s something about reading a printed medium that forces us into the moment, here and now.

With print on the other hand, there are no such distractions. There’s something about reading a printed medium that forces us into the moment, here and now. We disconnect, even for a moment, to leaf through the pages, marvel at the pictures, feel each page glide through our fingers as we travel from one story, one piece to the next. We can come back to print again and again, we can pass it on, share it with others in a way that can’t be done digitally.

Call me old fashioned, but there’s something very romantic about print and to me it felt that any platform I’d build to represent Black travellers deserved that element of romance and special care. I wanted to create something that would become a part of people’s lives in a very present and tangible way. And print is perfect for that.

Aside from the economic cataclysm in the industry, how much do you think travellers will be changed when they return to the world?

When COVID forced us to stop, we clearly saw the impact, both positive and negative that we humans have on our planet. Nature seemed to sigh in relief as it quickly started to reclaim terrain we’ve taken over. On the other hand millions of people, myself included, lost jobs and saw their plans for the future evaporate before their eyes as whole industries, especially travel, collapsed. I think, and I hope, this will have a profound effect on travellers when they decide to head back out again.