Kellogg's is the category leader for breakfast cereal in the EMEA region, with seven out of ten British and Irish families using one of its brands at the breakfast table. This includes Coco Pops, Rice Krispies and Rice Krispies Multigrain, among others. 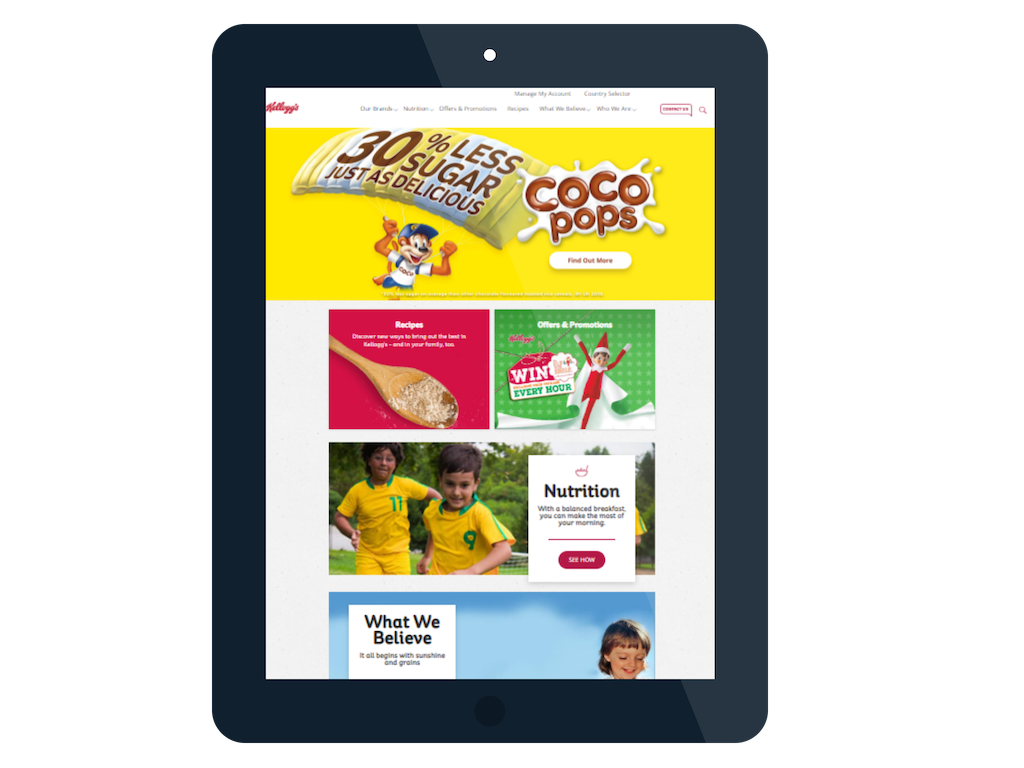 This was the thinking behind “Better Starts,” an initiative that not only led to major changes to some of the world’s most popular cereals but also to high-profile coverage about Kellogg’s message. Cision’s Insights Team was a key ingredient in what became a hugely successful campaign.

Kellogg’s EMEA team had been conducting an ongoing analysis of consumer sentiment about the topic of healthier breakfasts and better starts to the day on social media, which reflected reports coming from the media and other key stakeholders in the healthy eating space.

“We began to see a pattern emerging,” said Sarah O’Neill, Brand PR and Communications Manager, Kellogg’s EMEA. “From consumer research, we knew that people were starting to focus more on the nutritional values of food. As the leading breakfast brand, we were in a position to make some changes that help consumers make healthy choices for themselves and their families at breakfast time.”

The insights gained from the research showed the people were particularly interested in the levels of salt and sugar in food. Kellogg’s embarked on a journey to reduce sugar in their Kellogg’s Coco Pops by 40% over two years. They also reduced the amount of salt and ensured there were no artificial colors or preservatives. Similar adjustments were made in other brands, while the company also launched a new brand, a plant-based granola cereal called W.K. Kellogg.

“It’s a careful balance that you have to achieve between the taste of the food -- because people love the taste of that food -- and the health credentials or the nutrient profile,” O’Neill said. “Coco Pops, for example, is one of those old favorites that people really love and have a huge amount of affection for from when they were children. It’s an iconic brand that they would have been familiar with from the family breakfast table.”

These changes were communicated through a proactive public relations campaign, dubbed “Better Starts,” that would inform the public and health officials about what Kellogg’s was doing -- and why -- across areas such as the U.K. and Ireland. “Better Starts” needed to change perception of the brand, while also reducing any barriers to purchase among consumers.

Kellogg’s has been working with Cision’s Insights team to analyze issues around sugar content in food since 2013. To help ensure “Better Starts” was successful, Cision helped Kellogg’s by developing an integrated framework that included a bespoke analysis brief with campaign-specific messages, key Kellogg’s spokespeople and important third-party influencers.

“Better Starts” officially began in November of 2017, which was a deliberate choice, according to O’Neill.

“It was a quiet news time before the holiday season began,” she explained. “Our team led with the BBC because they’re such a powerful news outlet that we knew it would create a massive ripple effect.”

The team was right. In its first phase, the “Better Starts” campaign led to 563 articles with a total of 458 million impressions across the UK and Ireland, with 90% of the coverage containing the key messages, and 80% in a positive tone. 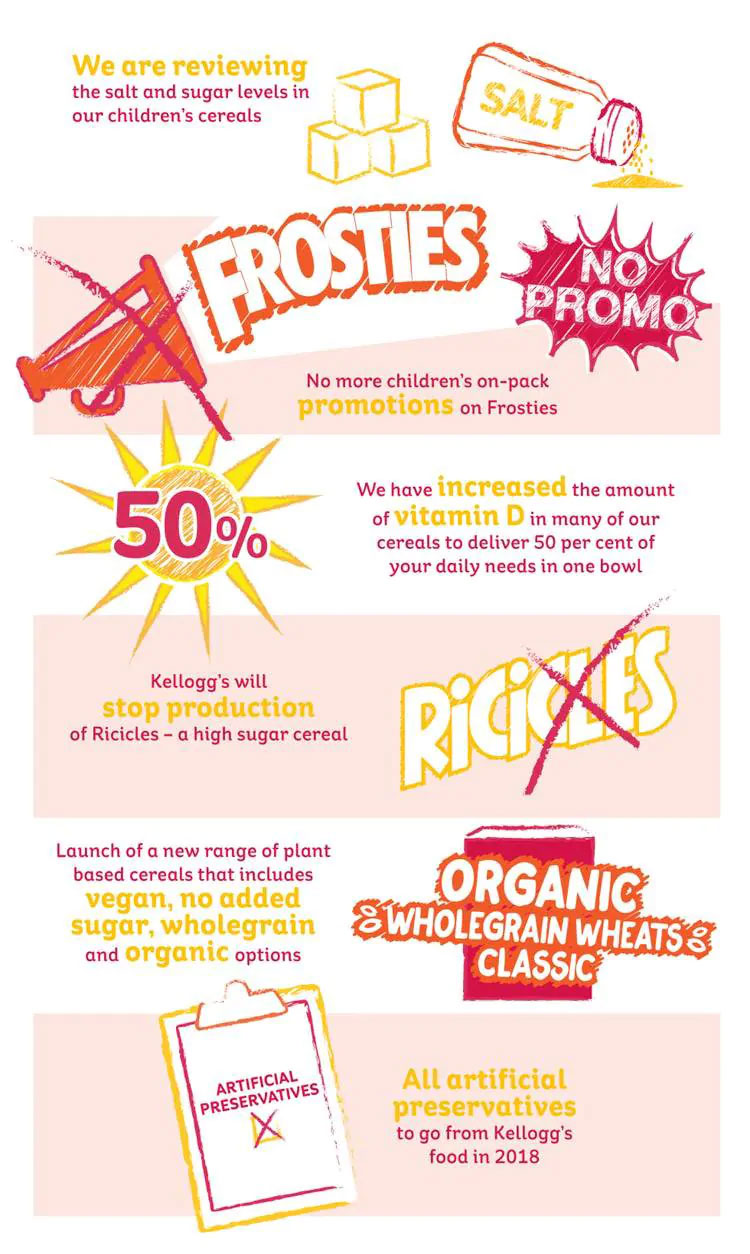 Beyond helping the Kellogg’s team prepare, O’Neill called out Cision for the following contributions to Better Starts’ success:

Timely Reporting With Actionable Insights: “What we thought was really fantastic on the day of launch was the speed at which the Cision team was bringing the coverage to us,” she said. “You have that ‘big bang’ effect and then these ripples throughout the day with the coverage building up. We were getting reports and the Cision team was quick to measure the sentiment of it as well, which was really important for us.”

Measurement That Ties To Business Objectives: “With anything like this, it’s not worth doing unless you can measure it. You need tangible KPIs if you’re going to look at really, really moving the dial,” she said. “We talked to the Cision team and used different sources to measure success, and the Cision team really tied it all together.” In fact, Kellogg’s surpassed its KPI for media impressions by 205%.

Cultivating Conversations With The Right People: There’s a lot of brand love for Kellogg’s cereals, but the “Better Starts” messages became even more powerful when they were amplified through people who have great credibility with the general public.

“We were really pleased with the breadth and the extent of our outreach and the awareness among some really famous influencers,” O’Neill said. “We certainly think the response has been great.”

In addition to these key results, Kellogg’s won Gold at the 2018 AMEC Awards for ‘Best Use of a Measurement Framework.’ 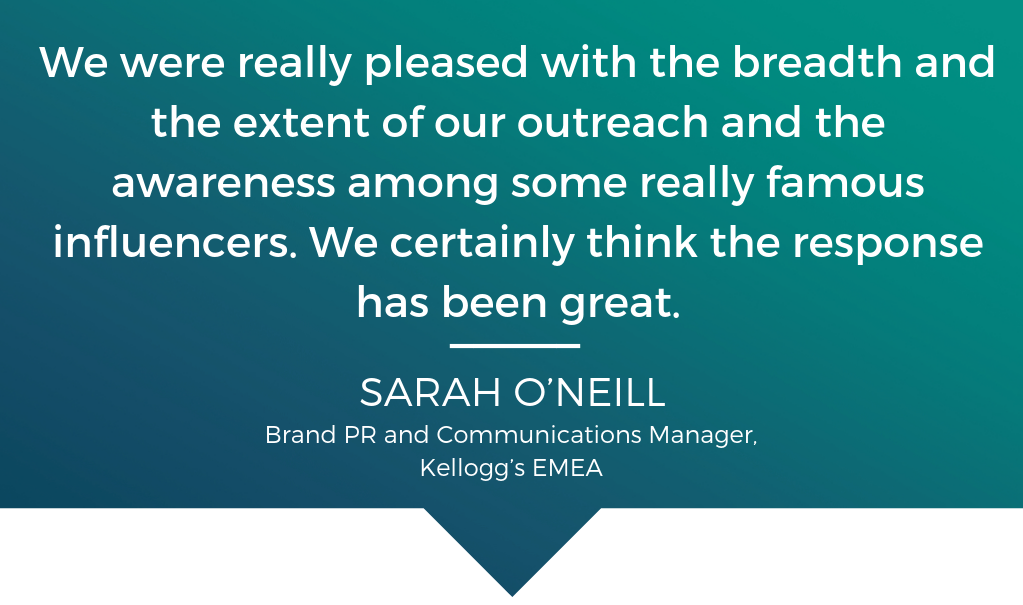 Kellogg’s has continued to build on “Better Starts” by increasing the levels of Vitamin D in some of its brands and using what it has learned and heard from the initial earned media coverage in the second phase of the campaign. Working with Cision means the company is well-positioned to continue demonstrating its leadership in food health, O’Neill said.

“It’s just a great springboard from which to go forward,” she said. “We know that we have some great stories to tell, we have the confidence to tell them and we know how to do it now.”