Media Relations Hacks to Get More Coverage With Less Work

In the next few minutes, I have two things I want to help you do:

First, I want to give you five practical and immediately actionable hacks for earning more media coverage by working LESS. Second, I want to forever shift the way you view what you do.

You might think that the first item is the important one. But it’s not. Most people struggle earning media coverage not because they don’t know what to do, but because they’ve been completely mislead about how this arena actually works.

So let’s start with something you may or may not know is true:

There are people, no smarter than you (maybe even less!), who are earning many times the amount of media coverage you are, without “hard” work.

I’m going to assume you want more media coverage than you’re getting. Let’s make it happen:

Pitch As Many People As You Want, But Make Sure You Give 20% of the People 80% of Your Attention

Italian economist Vilfredo Pareto is responsible for a concept you will use to earn more media coverage, more easily. Pareto noticed that in almost any setting, 80 percent of outcomes were created by 20 percent of inputs.

Then you focus on customizing your pitches for that 20 percent. That means you’re spending FAR less time on the entire 80 percent that remain. If you’re a perfectionist, this may drive you crazy. But from my perspective, it’s a worthy sacrifice in an effort to earn more media coverage.

But isn’t customization a lot of work? Not if you’re smart about it. And that leads me to Hack #2:

Apply Triple-Layer Customization Up and Down Your Media List

First of all, understand that starting off your pitch with a compliment is no longer a smart idea. It will work against you. If you get nothing else from this document except that, you’ll be far ahead of the game.

So when I refer to “customizing” your pitch, that’s one technique you can scratch off your list.

I’ve made a name for myself in the media relations industry teaching people how to customize pitches instead of just blasting mass emails all over the world. I’ve been lobbying for the end of the “spray and pray” approach to earning media coverage ever since early in my own career when I proved to myself it was a dead end.

But now that I’m assured you’re going to responsibly focus most of your time and energy on that key top 20 percent, I can share with you the “hack” that will allow you to “bend time” and get better results even on the rest of bulk of your list that doesn’t justify individual customization.

I’ve found an even better way to approach things than to simply work hard to customize each pitch. My approach actually involves the smart use of email templates and something I call the “customization triad.”

There are basically three levels of customization:

Level 1: Proper, sincere, well-researched individualized pitches for your top 20 percent, as discussed above.

Level 2: For the next 30 percent or so, so you’re covering the top half of your list to this point, you broaden out enough to cover the beat that you’re targeting, but you eschew the vague fake compliment (“I love your tech coverage!”) that plagues today’s pitches and replace it instead with an assertive declaration of relevance.

That statement is going to be true for pretty much any workplace or careers reporter, unless they’re at a men’s magazine. You can do the same with most beats.

Level 3: For the parts of your list that are either super-low hanging fruit or not significant enough to justify much time, then you omit customization wholesale and simply dive straight into your news. You don’t even risk something vague like, “Since you cover HR . . .” in case your information is wrong.

The bottom line is this:

You don’t use the same tool for every job. When you choose the right tool for the right situation, your results grow with less effort. Are you beginning to see how this works?

The secret is that you actually have to think. This is something most people are not trained to do. And that means, if you focus on developing your ability to think strategically, you will have an enormous advantage.

Sorry to push this idea on you, I know you’re so swamped with all your demanding PR work. I just wanted to reach out and hopefully offer something that might help . . .

Insert screeching-to-a-halt sound. Do the preceding sentences feel right to you? Compared to the language I used earlier, you noticed a difference. Or at least felt a difference from how I am approaching you.

It’s true – I do know you’re busy. And I do want to help. But I’ve learned – over a long period of time and through lots of emotional growth – that the best way I can help is to not devalue what I have to offer by quasi-begging you to read it.

That’s what subtle words like sorry, just, hopefully, and might communicate. That you’re not sure of yourself enough to expect your target influencers to pay attention based on the value of what you’re bringing them. The most common offender is “just”: “I just wanted to check in . . .” or “I was just hoping . . .”

When following up after initial interest appears to wane, here’s a common example:

Sorry to bug you. Just wanted to check in and see if you might still be interested in this idea?

But you convey the same point with much more power when you simply write:

Checking in to see if this idea is still alive?

The real change happens when you re-align the way you view the dynamic between you and the journalist. When you know you have something of value that will help her do her job, that sense of intention will jump off the screen and make you stand out.

If you want to earn more media coverage with less work, you have to get to the TRUTH about how to properly pitch journalists.

You don’t get to the truth by asking a journalist what it is. If you ask them, “How would you like me to pitch you?” you will not get the right answer. They are completely and understandably blinded by the fact that 95 percent of the pitches they get are horrible. So when they say, “Never try to suggest a trend I can cover – just send me your product info and I’ll figure out if it ties into a trend,” they are simply saying, “Most of the trend ideas I get are thinly veiled sales pitches, so yours will be, too.”

When they say, “Don’t follow up with me – if I didn’t write back, it’s because I’m not interested,” they are thinking of the dozens of emails and calls each day asking simply, “Did you get my email?” They aren’t stopping to think about the one or two that added value and save them from missing a story that ended up performing really well for them.

The smarter approach is to watch what journalists do when interacting with successful media pitchers. HINT: Most of the complaints that journalists have about how they are pitched is a huge clue. They are complaining about PR and marketing people doing those things POORLY.

The fact is, activities like calling them, or following up when they don't respond, or referencing personal info they shared on social does actually work if you do it well.

Sometimes the Best Way to Place a Story is Not Pitching

Help your target media with stories you don’t pitch, or even have a vested interest in. When you regularly suggest helpful ideas and sources that don’t have anything to do with your organization, whom do you think they’ll contact the next time they need something?

Here’s one simple way you can implement this helpful approach. When you see an influential journalist looking for a source to speak about something beyond what your organization can address, find someone anyway. You know your industry – who would be qualified and effective on that topic? Maybe you’re aware of a university professor or think-tank analyst – go the extra mile and find contact info and share with the influencer.

This doesn’t guarantee you any coverage. It’s not a quid pro quo. You simply earn another scarce resource: attention. Not merely to return the favor, but rather because you’ve demonstrated you know a bit about their topic and that we understand how demanding their jobs are.

You can determine media needs by:

– noting what’s coming up on their editorial calendars

– simply asking, “What’s coming up that you’re working on?”

One of my coaching clients used this approach to place her company’s experts in four WSJ pieces over a 12-month period. She started by reaching out cold to the WSJ reporter who covers her industry and reacted to one of the writer’s recent pieces. A couple weeks later she did it again, and this time the writer responded and mentioned what she was working on next. Our intrepid publicist didn’t have anyone at her company that could help, but she wasn’t about to let this opportunity pass her by. She searched through her LinkedIn connections and found three subject matter experts elsewhere who fit the criteria the WSJ writer was looking for. This began a virtuous cycle – the writer continued to occasionally reach out to her to ask for sources. And my client began to find matches within her organization.

When you do their job for them, you win!

One more thing to remember:

This industry isn't “dying,” it’s simply changing. And the people who spot the changes and leverage them will win.

There will ALWAYS be people with messages who want them to spread.

There will ALWAYS be people who have invested the time, money and effort to have credibility and influence with large groups.

These two things will never change. What will change is how you leverage the influencers, the folks who have the trust and attention of thousands or millions of people, to get your idea out to the world.

Michael Smart is the media relations expert companies turn to when they want to increase their media placements. He trains teams at organizations such as General Motors, Aflac, and St. Jude Children’s Research Hospital, and people from every major PR firm have attended his media pitching boot camps. Those he trains are regularly landing coverage in the New York Times, Wall Street Journal, national morning shows, and the top blogs and trade publications in their industries. 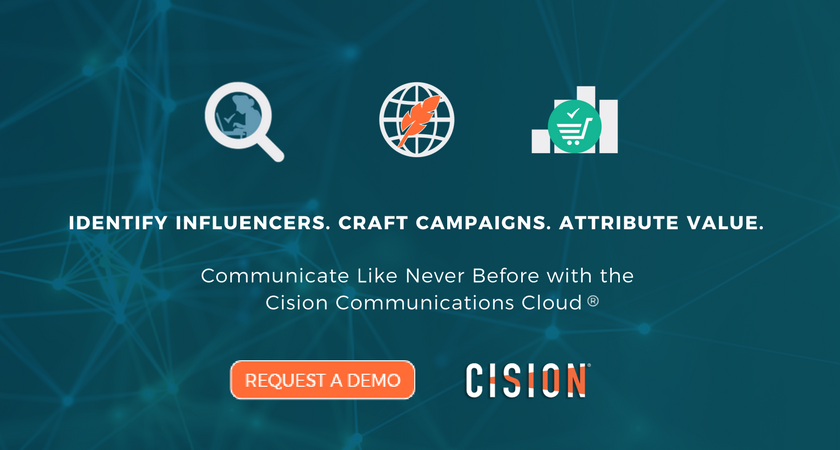