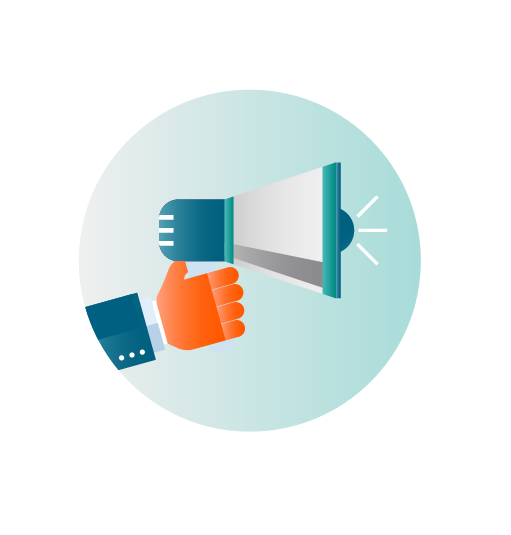 Back before the pervasiveness of the Internet and social media, public service announcements (PSAs) were one of the best ways for organizations to generate awareness about a cause or social issue. If you grew up in the ‘80s or ‘90s, you probably remember seeing anti-drug campaigns like the “I Learned it by Watching You Dad” and “This is Your Brain on Drugs” spots.  While research shows that these campaigns may have done more harm than good, they did get one thing right—people talked about them. But today, reaching the masses with a PSA is no longer as simple as it once was.

Ad time for PSAs is donated by broadcasters, but the Federal Communications Commission (FCC) does not require TV and radio stations to air them. That’s one of the reasons why they are seen a bit less often today. In the past, public service ads were often used to fill commercial breaks but now many stations use that time for self-promotion.

Because of a drop in inventory, competition for broadcast airings of PSAs is fierce. PSAs also must compete with many different channels and thousands of messages online. Between Facebook, Twitter, LinkedIn, YouTube, blogs, apps and more, creating awareness about an issue can be a real challenge. That’s why it’s essential to create messages that touch on emotion and create buzz.

If you’re brainstorming a public service campaign, or you simply want some tips on how to better connect with audiences then consider the following best practices.

When the original anti-drug ads aired, they brought the topic of drug abuse to the forefront. This created an opportunity for parents, teachers and other influential community members to talk to kids about drug abuse. In fact, we’re still talking about these ads. Recently, the Partnership for Drug-Free Kids revived the “Your Brain On Drugs” campaign with the hopes of encouraging today’s parents to talk to their children about drug abuse. The new version of the ad is impactful because it goes beyond the “got any questions” line and shows that kids may actually have a lot of questions. This provides parents a framework for starting the conversation.
(2016) This is Your Brain on Drugs 2016 - Partnership for a Drug-Free America PSA by Las Vegas Time Machine

Though not technically a PSA, Heineken’s “Worlds Apart” advertisement also touches on the importance of sparking conversation. The ad brings together several pairs of people with opposing views on contentious social issues like feminism, climate change and transgender rights. Each pair works through a series of bonding exercises before their true views are revealed to each other in a video recording. They are then given the choice to leave or stay and discuss their differences over a beer (cue product placement). The ad is a social experiment designed to answer the question, “is there more that divides us than unites us?” Not surprisingly, each pair decides to stay and talk. In this example, Heineken literally invites people to start a conversation and demonstrates how important it is to discuss their differences. The ad was effective. To date, it has more than 12 million views and 4,000 plus comments on YouTube. Bonus points: The ad placement features the hashtag #OpenYourWorld, which provides a vehicle to keep the conversation going on social media.

The goal of any PSA should be to raise awareness of an issue and call people to action. Beginning with what you want your audience to talk about is a good starting point for any communications campaign.

Emotional Connections Can be More Important Than Fame

A common trend you’ll see among public service announcements is the use of celebrity spokespeople. Using an influencer to promote a cause is effective when it comes to building initial awareness as celebrities have an existing fan base they appeal to. Celebrity endorsements also increase the likelihood that news media will report on the PSA campaign. For example, several news outlets wrote about Joss Whedon’s recent get-out-the-vote PSA, which featured notable Avengers stars like Robert Downey Jr. and Mark Ruffalo. Unfortunately, not every PSA has room in the budget for star power. A well-crafted emotional connection can be just as, if not more, powerful. One great example is the Ad Council’s “Love Has No Labels” x-ray PSA. Recorded in front of a live crowd on Valentine's Day, the ad features couples behind an x-ray screen hugging, kissing and dancing. When they step out from behind the screen it’s revealed that the affectionate skeletons are gay, lesbian and multiracial couples. The video went viral and currently has more than 58 million views on YouTube.

The “Love Has No Labels” campaign worked because it appealed to an emotion everyone wants to feel—love. The creators made an impact by masking love with a display that shows we’re all one human race no matter our sexual orientation or ethnicity. PSAs Don’t Have to be Sadvertising  To craft a message that makes an emotional connection it’s important to remember that you have many options. Some of the most notable public service announcements attempt to tug at the heartstrings (think Sarah McLachlan’s ASPCA commercial). Sometimes, this can have a negative effect. Even Sarah McLachlan admits she changes the channel when it comes on TV. Other examples, like the Centers for Disease Control and Prevention’s (CDC) anti-smoking PSA, display a brutal reality in an attempt to demonstrate the seriousness of an issue by shocking viewers. While these sad and shocking ads can be effective, the use of nostalgia, humor and other emotions can be just as impactful.

One example is a PSA that was produced by MultiVu for the National Limousine Association and the National Sexual Violence Resource Center. The PSA cautions people to think about safety when using ride-hailing apps and features Pamela Anderson in a spinoff of the classic TV show “The Dating Game.” The video uses humor and nostalgia to address the importance of using a vetted driving service to make it home safely.

The Driving Game - by Ride Responsibly

Another great example is the “What if Bears Killed One in Five People” collaboration between anti-sexual assault organization It’s On Us and CollegeHumor. The PSA uses humor and satire to encourage people to stand up against sexual assault. It shows a bear about to attack a group of five friends and delivers the message that you wouldn’t ignore a huge angry bear, so you shouldn’t ignore the fact that one in five women will be sexually assaulted by the time they finish college.

What If Bears Killed One In Five People? by CollegeHumor

Touching on a variety of emotions is a great way to get results.

A good PSA will inspire audiences to share. This is another reason why showcasing emotions like humor and love can be effective. The “Love Has No Labels” PSA went viral because it was unique and relatable to everyone.

While sad and shocking videos can be effective, they may not reach their full potential because of their lack of shareability. Think about it, would you rather share a funny video about a bear attack or Sarah McLachlan’s sob fest?

To ensure a PSA encourages people to share, find a unique hook or premise that people will want to tell their friends about.

The Many Keys of Creating a Successful PSA

There is no one key when it comes to making a powerful public service announcement. To reach your desired audience via multiple channels: broadcast as well as social, you should always think about their interests so that you can spark conversation, make a connection and encourage sharing.

Direct attention to your cause with MultiVu's PSA creative services today.