The world of journalism is a bit incestuous today with journalists involved in many different mediums. At one point, print and broadcast media were separate entities without much cross over. Today, there is a considerable overlap between broadcast and print — mixed with digital — and there is no real editorial dividing line anymore.

Molly Wood is one of a these multifaceted journalists that’s transitioning mediums while keeping her background in print and digital on hand. Starting April 13, she will begin her role as senior technology correspondent at American Public Media’s Marketplace, a radio program that covers mostly business and economics, but with its own unique style. Marketplace isn’t for the business execs who speak their exclusive jargon. It’s for the every man, with a dose of wit and humor mixed in.

Wood, who previously worked for The New York Times and CNET, will also be the primary backup host for the program’s four shows. 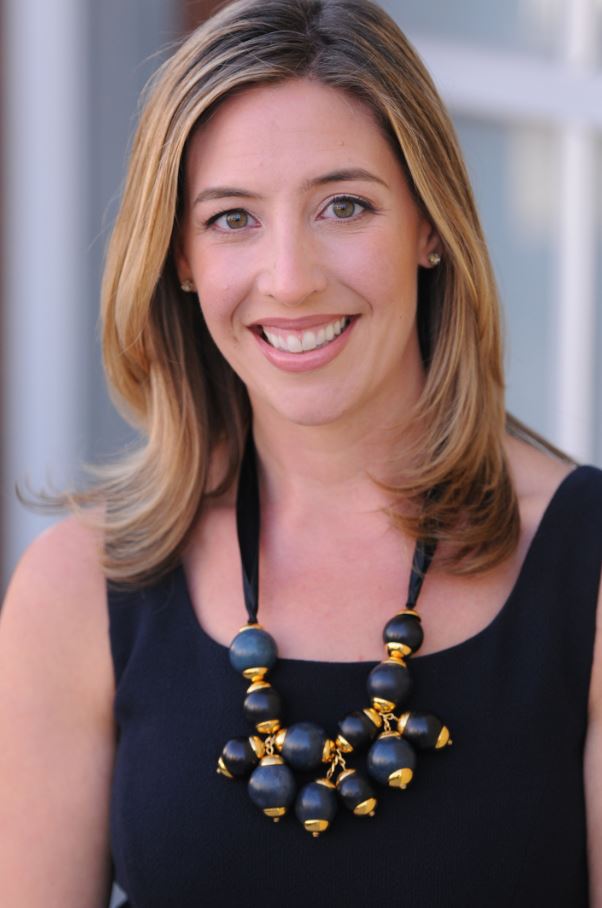 “When their hosts are on vacation or on assignment, I’ll be the kind of regular voice that fills in,” she said. “In the time that is leftover, I’ll continue to be based in San Francisco doing Silicon Valley coverage and tech coverage.”

That’s not to say Wood is giving up on other creative outlets.

“I really want to make sure that I’m contributing to the digital part of the business because I have a long history there, too. I hope to be blogging pretty regularly. And who knows, maybe video. There are all kinds of possibilities.”

Wood’s career has mainly been spent covering the technology industry with 13 years at CNET and later moving to The New York Times, serving as its deputy technology editor. To say that technology is her game would be an understatement: Technology is her expertise.

For someone who has done it all, radio was the next great thing for Wood – the only unexplored territory left in her prolific career.

“My start in audio was in podcasting, so I’m beyond excited to be doing this now,” she said. “All the feedback that I’ve gotten from people is basically ‘Well that’s the perfect job for you. That’s a match made in heaven.’”

A lot like other journalist colleagues in the business, her career has come with its own hurdles to overcome. One of those challenges is relevancy.

“It’s always the same conversations. How do you stay relevant in this sea of information? How do you stand out from the crowd, particularly in technology, when there’s a new medium property cropping up every five to ten minutes? How do you convince people that the work you are doing is really good, that it is has really rigorous editing and that it has high standards behind it?” she said. “For every journalist, it’s a challenge to find and keep your voice.”

That sentiment right there – keeping your voice – is what makes Marketplace and Wood a perfect combination. Marketplace has a longstanding history, a set-in-stone mission and an unwavering sense of itself.

“One of the many things I respect about Marketplace is that it has a really strong sense of self,” she said. “It’s not confused about what it is trying to be. It is a fantastic show about finance and economics with a voice, with personality, with a point of view. It sort of nice to just be at a place that feels good about its mission.”

With such a varied career, choosing just one stand-out moment is a challenge. For Wood, it’s more about being regarded as a knowledgeable source on a topic and understanding the nitty-gritty details to craft a smart, researched story for the masses. That came in the form of a powerful editorial that explored each and every detail of a Sony rootkit that pushed the boundaries of technology.

“I felt like the piece that I wrote was complete. Sometimes you have those moments where you think “This hit it all,” she said.

Of course, with such a lengthy and varied career, the idea of advice to aspiring journalists comes to mind.

“I would say I think the biggest benefit to me has been to be fluent in a lot of different mediums,” she said. “The media world now transitions constantly from print to video to spoken word. Anybody who is able to master several of those languages will just have a huge opportunity ahead of them.”

Wood prefers to receive pitches mainly through email. However, she’s open to accepting pitches via direct messages on Twitter.

As for forging a solid relationship between public relations and journalism, Wood notes that persistence is key.

“Be politely persistent. I really appreciate the PR person who emails me a few times. A lot of times, that third time is when I see the pitch. I want people to know it is OK as long as it is respectful.”

A major pet peeve is being disrespectful of personal time.

“The 8 a.m. phone call is the number one pet peeve. Or when pitches are just wildly off the mark in terms of my beat and what I cover. Honestly, I understand it is a really hard job and that it is really hard to get my attention. Just be cool, just be yourself. The only thing I’d say never to do is be disrespectful of time.”

Kim Cooper is a senior media researcher at Cision, specializing in newspapers. She is also a freelance food writer for regional publications in the Annapolis area. When not writing, she can be found at any new local restaurant, spending time with her family and dogs or hitting the neighborhood beach.