On Tuesday, HARO (Help A Reporter Out) hosted a Q&A panel at the Cision headquarters in Chicago that featured three Chicago Tribune reporters who discussed how they work with PR professionals day to day as well as offered advice for getting a pitch noticed.

But before we get into the Top 10 Pitching Tips of the event, let’s first introduce the Chicago Tribune reporters that lead the discussion: 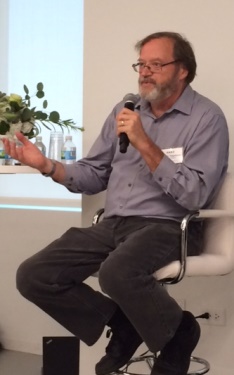 Bill Hageman, a 35 year veteran of the Trib and current lifestyles reporter, covers “odds and ends,” travel, literature and animal topics such as animal welfare and pet issues. He also has worked in the paper’s news, sports and features departments as a writer and editor. Before the Trib, he held positions at Chicago Today, the Suburban Trib in Hinsdale, Illinois, the Traverse City Record-Eagle and the Delaware State News.

Nara Schoenberg has worked at the Chicago Tribune for 15 years. She is a lifestyles reporter who covers books, health, human interest and the arts. She has interviewed Ray Bradbury, Junot Diaz and Donna Tartt and her work has appeared in the Los Angeles Times, The Baltimore Sun and The Independent in London. Before the Trib, she was at the Toledo Blade.

Becky Yerak has covered the business beat at Chicago Tribune for 11 years and mainly covers consumer-focused housing and retail topics as well as occasional banking and insurance coverage. She was previously a business reporter at Detroit News, The Plain Dealer, the Palm Beach Post and the Orlando Business Journal.

With Dietrich’s engaging discussion points and various questions fielded from attendees, the panel was full of helpful pitching tips and pet peeves that can be endlessly useful info for any industry professional that wants to build a relationship with a busy journo.

1. Make Email Pitches Short, Personalized and to the Point

Schoenberg agrees that being direct right off the bat, is best. “It’s great to be witty, it’s great to be fun, but I’m in a hurry and you’re probably in a hurry and even if you’re the wittiest person in the world, it’s not something I want or my editors want. So I like directness and honesty and finding what’s great about the story and just highlighting that in a simple, straight-forward way is very helpful to me,” she said.

2. Do Not Send Attachments – Their Inboxes Can’t Handle It

“I see an attachment and I’m like Pavlov’s dogs and I just want to kill it,” Yerak joked. “My inbox gets clogged up and I’m looking for any excuse to kill out attachments.”

Send fresh or exclusive content that hasn’t already been seen 100 times. “These days at the Tribune, scoops related to things that consumers would care about – names of companies or interesting people,” Yerak said.

“If something is relatively new and interesting, that grabs us right away,” Hageman added.

This is one of Schoenberg’s biggest pet peeves. “So if you’re trying to sell hair dye and you somehow link that to a great national tragedy like Hurricane Katrina, reporters tend to remember that and it’s obviously not the way to go,” she said.

How can you create a standout pitch? Get 10 do’s and don’ts of media pitching here!

5. Get The Name Right

“If I get an email addressed to ‘Dear Frank Johnson,’ I’m probably not going to go past that,” Hageman said. “How can I trust anything in the email if you can’t get my name right?”

6. Be Persistent – They Aren’t Easily Bothered

“Personally, for most of the lifestyles people, if you send us three of the same email in a day, we won’t be offended,” Schoenberg said.  “You don’t want to be the person sending the same email eight times in a minute, but other than that, there’s almost no way to offend us. We’re reporters.”

7. Get to Know How Reporters Prefer to Communicate

For Yerak, it’s about timing, and afternoon emails can get buried. “My general rule of thumb is if you don’t hear from me at all, it’s generally because I’m too busy. And since I get so many emails, if I don’t get to that email that day, I don’t go back to it,” she said. “I have a first in, first out policy. I’ll start looking at emails I receive tonight and emails I get in the morning, but if you send me an email tomorrow at three o’clock in the afternoon and I’m really busy tomorrow, I may not get to it.”

“I really don’t do phone calls. I feel terrible about that. I’m a really polite person – I dot my I’s and cross my T’s – but I got to get home to my kids at the end of the day, and that’s not going to happen if I do phone calls,” Schoenberg said.

Yerak had a tip that came from one of the photo editors: “Give access for photographers; we don’t want handout images.”

9. For Ambiguous Topics, Reach Out to More Than One Journalist

“I know this goes against the PR code, generally, but I’m a huge advocate of it’s your job to try to get attention for your client, so I would definitely spread it around,” said Yerak. “We get hundreds of emails every day. There’s days when I don’t get to all my emails, and I don’t know what other reporters are working on generally, so what you send me I may not either have an interest in or time for, so I would say send it to other people. Send it to editors because everyone has a different opinion on what is newsworthy, and an editor might see it and think it’s interesting or they might be desperate so they’ll assign it to somebody.”

“Have a long-term view. Sometimes your expert doesn’t get the best place in a story, but you’re building a relationship and building trust,” Schoenberg said.

Hageman agrees that trust is an important trait that has a lasting impression. “There are certain PR people, when I see an email come in from them, I will pretty much drop everything to read it because we worked together in the past. They’ve been really good and professional, and I enjoy working with them to the point where I will put out the extra effort,” he said.

Overall, the event provided a lot of helpful information for keeping in line with the panelists’ preferences as well as offered great ideas for creating effective communication in the future.

Are you looking for more advice on how to successfully pitch reporters? Check out our tip sheet!