For a debate about the economy, the Fox Business and Wall Street Journal Republican presidential candidate debate covered a lot of ground on immigration and foreign policy.

Here are some insights from this data:

Frontrunners lose ground to the field?

Politico reported that Ted Cruz spoke the most. The loquacious senator from Texas started the evening in fourth place in terms of social share of voice, controlling 13.3 percent. After 13 minutes and 35 seconds of speaking time, Cruz’s post-debate share of voice reached 17.7 percent, 1.7 percentage points more than Donald Trump who had the next most.

However, it wasn’t just speaking time that swayed the masses. Though former HP CEO Carly Fiorina and Senator Rand Paul of Kentucky had the fourth and sixth most speaking time, respectively, they saw the biggest gains of the eight candidates in social share of voice. While Fiorina raised her share of voice 7.4 percentage points to 10 percent, Paul’s performance pushed his up five percentage points to 12 percent.

The latest national McClatchy/Marist poll coming into the debate showed Ben Carson (24 percent), Trump (23 percent) and Senator Marco Rubio of Florida (12 percent) leading the field. They also held the lion’s share of social mentions, but they saw a decline in their share of voice after the debate.

It’s worth noting that Trump, Rubio and Carson had the third, fifth and least amount of speaking time, respectively. 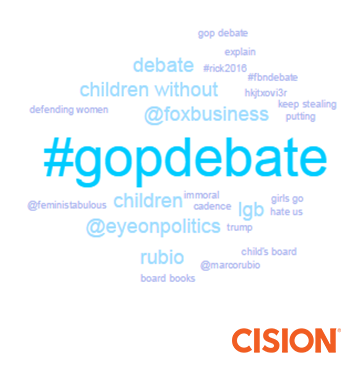 Social handles in the South Atlantic region of the U.S. shared the most messages with more than 100,000 tweets. The Mid-Atlantic and Pacific were the only other of the nine regions to have more than 60,000 tweets.

The New England and East South Central regions had the least amount of tweets about the debate with approximately 40,000 combined tweets. 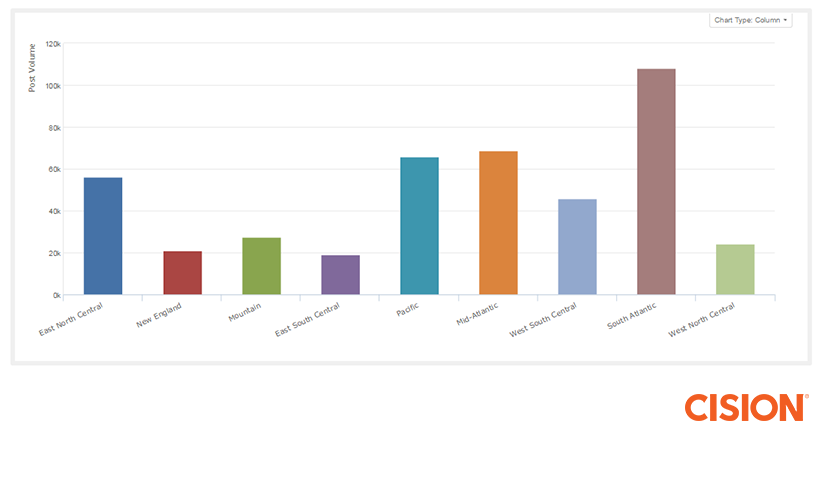 The concerns of the 1,413 Twitter authors who we determined to be parents centered on defending children, families and women. 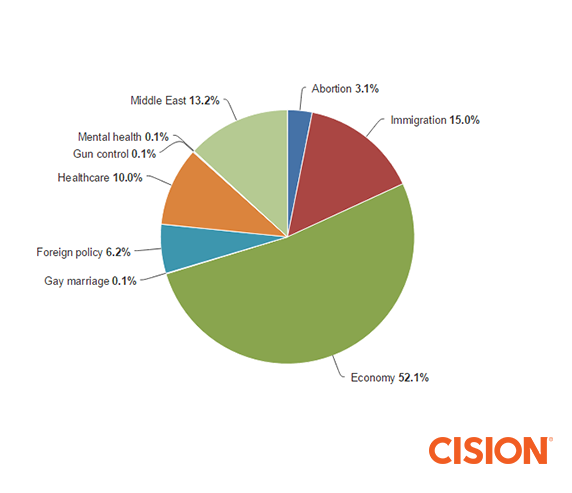