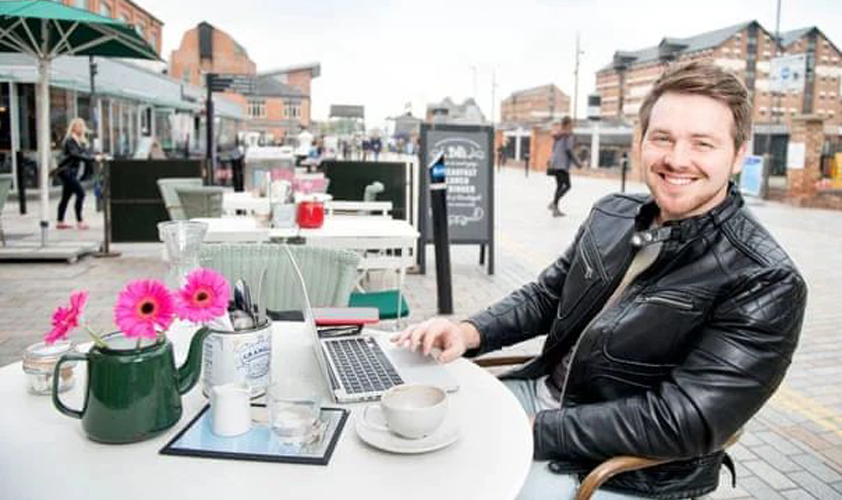 Rich Leigh, founder of Radioactive PR, discusses the agency’s first year working a four day week, the importance of ROI and why he changed his named to Mr Public Relations.

Why did you decide to set up Radioactive PR, and how do you look to measure your comms activity?

In terms of the gap in the market, it was to cater to increasingly ROI-conscious clients, as well as to build out a personal PR offering.

You hear talk of AI threatening the industry, but for me, and right now, it’s paid social threatening media relations-focused PR.

We’re not always even pitching against other agencies now, we’re pitching against other activity that money could be spent on. Why would a business with a shouty investor pay £5,000 a month for PR if it’s not a guaranteed return, when they can spend that same money on well-targeted paid social, A/B test and get to a definable return?

Well, there are plenty of reasons why they should also look to PR for other aspects of the paid, earned, social, owned approach, but it’s for us to educate and sell on that – as well as to see the opportunity in this, because we’re speaking to people that hold the whole budget.

I’ve long-talked about how PR can and should be measured, and how all this privileged and highfalutin wanging on about creativity is fine until you speak to a client that’s chucked £50k on a stunt that might have won every comms award going but that had their finance director swearing PR off for a good few years afterwards.

We started with a real emphasis on measurable PR, much of which flies under the radar because it’s there doing the job it’s supposed to do; reaching and cajoling target audiences while also, at the other end, we’re able to demonstrate the value.

The things we mostly report to clients are increased site visibility in search – this is the PR for SEO piece you’re hearing more about (and a small number of us have been doing for the last decade or more), traffic and, in some cases for ecommerce clients, earnings.

For me, it’s about the sweet spot between good creative activity – work that isn’t especially bothered about channels but the audience we’re hoping to reach, and tangible results. Sometimes that’s a bigger flashy stunt, sometimes it’s just good onsite content with editorial merit that’s going to be well-covered and shared.

On a personal note, I have three children and I wanted to build something that allowed me to strike the balance between life as a dad and being an ambitious person in the industry, and the agency gives me that.

What are the advantages/disadvantages of being based in Gloucester rather than the likes of London or Manchester?

Advantages: we charge London prices (and rightly so) and pay Gloucester overheads, so our margins are healthy. Gloucestershire and the surrounding area (Bath, Cheltenham, Bristol, the Cotswolds) is a nice part of the world, so very good senior PR types are easily found.

Disadvantages: early morning runs to London every week/fortnight, because most of our clients and potential clients are based there. Possible missed opportunities where I or a member of the team would have been in the right place at the right time and picked up work.

You’ve just reached one year as a business of working a 4-day week. What prompted the decision and what effect has it had?

Fridays in PR, at least in my experience over (getting on for) 12 years, used to be something of a reporting day. A day to collate results and reports and to get ahead with writing/content creation – added to which, very little has ever gone ‘out’ for clients on a Friday.

We’re in a position now though, thanks to reporting and measurement tools, that we don’t have to spend as much time as we used to pulling all that together – and that made me think: ‘are we only working in this way because everybody else does?’, which isn’t an especially good reason to do something. So I considered Monday to Thursday, and a three day weekend.

I truly believe that if the team is happy, they’ll do great work, and if they are doing great work, clients will be happy. I very much make this all up as I go along, but you quickly realise that that’s the only way to keep a company in this space growing – retaining business and adding new.

So, those two thoughts got me to the 4-day week, for the same pay. Obviously, it’s a much more complex decision than that, with many more moving parts, but those are the key reasons. I’m very conscious that it might be getting boring to hear about it now – my friends are definitely bored of hearing me talk about it! –  but the impact has been fantastic (plenty about that here).

We’ve grown 70% year-on-year in the last twelve months since starting in terms of earnings and maintained our net margin, while, and this is the big one for me, every single staff member (from an anonymous survey sent recently) said that they feel that they have a better work-life balance. Added to this a reduction in sick days and a doubling of CVs per job role, and I’m really happy with how it’s working out.

I’m hoping to, and trying to, build a real culture of conscientiousness. Of trust in the team, at all levels, that they can manage their time well enough to deliver the results clients want and expect. But ultimately, we’re trying to instill an emphasis on work-life balance that is tangible; and felt every week.

What was the initial reaction from clients when they learned of the change and has working with them changed in any way?

I was actually worried about telling clients, and made a promise to myself that if even one said it would affect their decision to work with us, we wouldn’t do it.

Fortunately, because I’d already considered the questions they would have and hopefully answered them well and pre-emptively, not one said they had an issue – “I don’t give a fuck what days of the week you choose to do the work, as long as you spend the time we pay you for and the results aren’t affected”, one said in person, which really helped. And that’s the key to this – good time management, and maintaining both results and good communication.

No single client pays us for 16 or more days’ work per month, and even if they did, it’s spread across an account team, so we have capacity. If we didn’t, or I looked ahead and saw a possible capacity issue, I’d just hire, as any agency owner would in the same situation.

In terms of Fridays, we promise to clients that if they, or somebody on their behalf, needs us, we are there for them, just as PR agencies are for clients on Saturdays and Sundays. We all accept and appreciate that PR and the media in general is a 24/7 thing, and if a crisis crops up, or even a journalist needs something as simple as a photo and they’re on deadline, we’re on it.

Call forwards, voicemail-to-email, WhatsApp groups, the Google Drive app and general conscientiousness keep us honest and contactable. On average if we look at any given month, this can mean a few minutes of work per person per Friday – no more checking of our phones than any standard weekend day, but totted up, that’s one and a half months in the last twelve the team haven’t worked that they otherwise would have.

You also launched the PRexamples site, why did you decide to chronicle PR campaigns?

As much as I talk about measurable PR, I love stunts and fun campaigns, especially if you can track the benefits, and think we’re incredibly fortunate to be in an industry where we can get paid to do some of the things we do.

I started PRexamples in 2012 as a way to celebrate the great work being done in the industry and also to personally keep an eye on what was working; building a community of a couple of hundred contributors and a monthly audience of 60,000+, at one stage.

I loved it, but struggled to balance it with everything else I do, so found the absolute perfect new owner in James Herring at Taylor Herring, another PR that loves good creative work, whose client work had often found its way onto the site anyway!

Finally, you once changed your name to Mr Public Relations after losing a bet. Did that help or hinder your work at Radioactive PR?!

It comes back to that thing about not taking yourself too seriously and having fun in PR. If it hindered us, I didn’t feel it – likely because the clients it might turn off would hardly have picked up the phone to say ‘you’re a goon’.

It makes me smile to think about it – especially about my mum’s reaction. She was not best pleased.