In 2004, Jon Forsythe was one of just a handful of Washington Post journalists who were given a video camera and told to go report on the news. At that time, there was no such thing as multimedia — he was a digital editor, then a video editor — but there was a push from the paper to get at least some of its staffers covering stories in new and more visual ways. It was an exciting time for him, especially for a broadcast major who didn’t want to work in television, but it was somewhat of a lonely existence. “It was awesome,” he says. “I worked collaboratively with all the desks. But it was hard to get others to think in a more multimedia way.”

A lot has changed over the last 12 years — Forsythe is now director of editorial video at McClatchy — with many newsrooms, including McClatchy’s, wanting their journalists to shoot video, find photographs, incorporate infographics and more into their work when they can.

“Technology is so advanced that reporters can shoot and edit a short 90-second video in 15 or 30 minutes,” he says. While some still struggle with multimedia, there are people who would rather just write or take photos, there’s no question that journalism will become an even more visual industry in the future, especially when print eventually disappears, he says.

Use Multimedia to Tell a Better Story 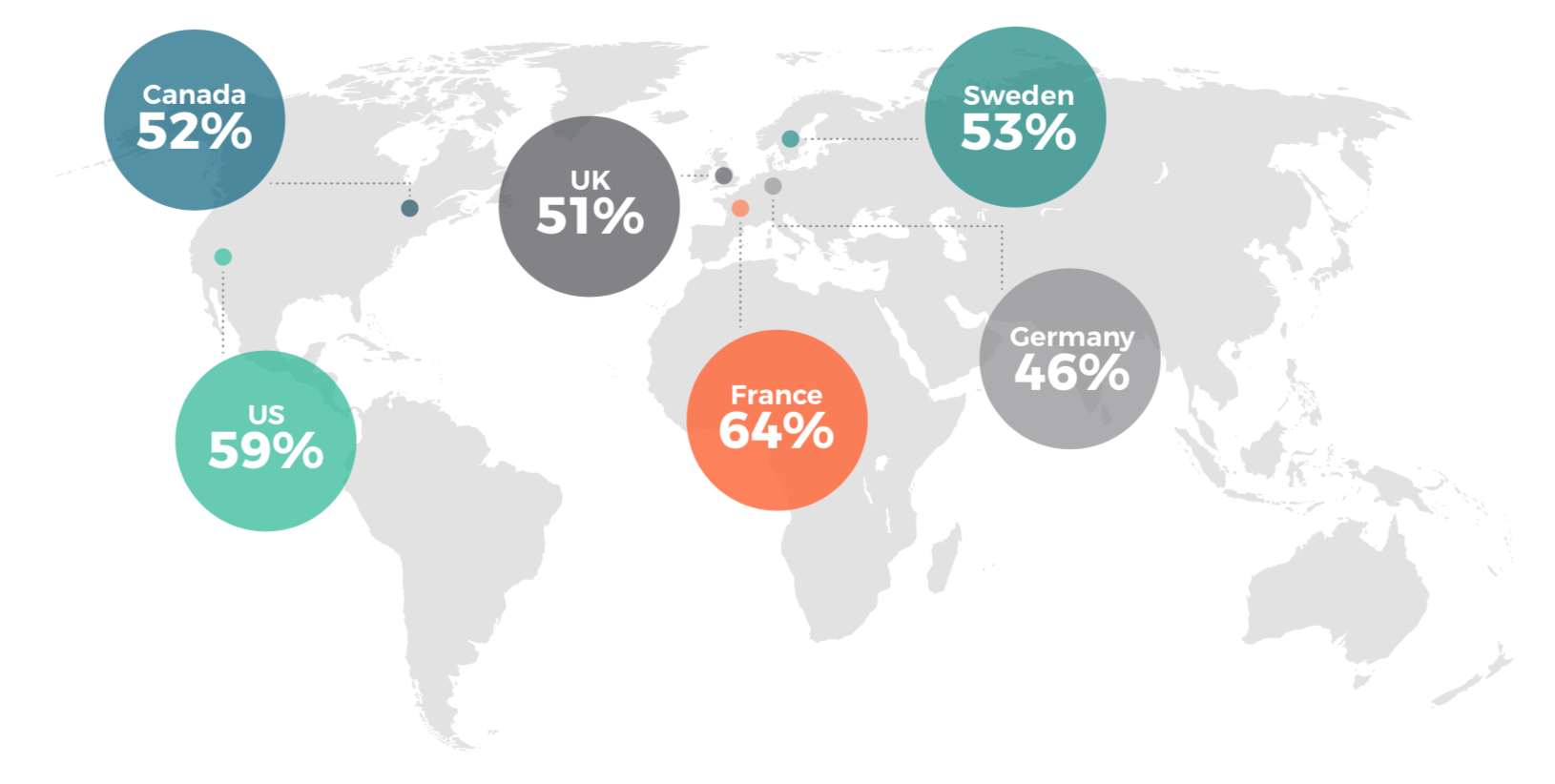 Cision’s 2018 State of the Media report surveyed 1,355 journalists around the world about various media-related issues and one of the takeaways is that reporters and editors do believe multimedia, especially video, will become a bigger part of their jobs. When asked what new technology will change the way they work most, 26 percent pointed to better and cheaper video production technology, while 38 percent said devices such as Amazon’s Alexa and Google Home will eventually have an impact on the content they produce.

Learn Valuable Insights From Journalists Around the World! Download the 2018 Global State of the Media Report

While the survey didn’t ask specifically about photos and infographics, anyone who has followed any event on Facebook or Twitter, whether it was the recent March for Our Lives rally in Washington or the Oscars, will know how important multimedia is to reporters — and to the story. Whether it’s video, photos or interactive graphics, more visual storytelling can give people deeper insights into a subject. “You get a sense of body language and who the characters are and the emotions surrounding circumstances in whatever situation may be unfolding,” says Forsythe. “It allows you tell a different story.”

Of course, developing multimedia assets while trying to report a story is difficult. It’s why McClatchy and other newsrooms have people dedicated to reporting stories in other, non-traditional ways. It’s also why Forsythe tells journalists that not everything needs to be given the multimedia treatment – don’t take video if there’s nothing compelling to shoot – and to look at assets that may be freely available, like company produced video that, say, break down the complex topic a reporter is covering.

For those who don’t have the backing of a major newsroom, like Toronto-based journalist and blogger Barry Choi, multimedia is more difficult to incorporate. The founder of Moneywehave.com, a personal finance and travel site, simply doesn’t have the time or the resources to shoot video or create infographics himself. While he does think everyone should be thinking about how to create content in multiple ways, he mostly sticks to the written word. “How many hours do you want to spend on this?” he asks. “I can write three articles in the amount of time I can shoot a video.”

It might help if public relations professionals incorporated more multimedia assets into the releases they send to reporters. Both Choi and Forsythe would consider using infographics or videos provided by brands, as long as they meet journalism quality standards. Unfortunately, most of the PR people they interact with send the typical press release, devoid of anything but a few paragraphs of text. Some of Choi’s travel industry contacts send out video — tourism boards invest in high-quality visuals — and he once posted an infographic on how travelers can properly pack a suitcase, but it’s rare for one of his posts to have a PR supplied asset.

Amanda Pennington, an account executive at Costa Mesa, California-based Shout Public Relations, admits that she rarely sends videos to reporters. They’re expensive for clients to produce and there’s no guarantee of a payoff, as many people still avoid watching video while at work or if they do watch, it’s without the volume on. Saying that, if a client has an event where video is being taken, then they will send it out or at least have it on hand if a reporter wants to see it. “We have not yet relied on video to tell the whole story for a brand or pitch, but we like the opportunity to include it in our repertoire when we have the resources to produce or supplement content,” she says.

She likes producing infographics and has created a few, including for a winemaker and a commercial real estate property manager, but the media hasn’t yet used any of them. Photos, though, do a get a lot of pick up and she always makes a point of sending pictures with most of her press releases. Pennington will attach low res versions of photos, mostly of products, and include a Dropbox link to a high-res version. Many of those images show up in magazines, newspapers and blogs, she says.

It’s one thing to send multimedia to journalists, or for reporters to want their staff and the PR professionals they interact with to create different assets, but it’s another thing for those visuals to get used. One of the biggest complaints Choi has about PR-produced content is quality. While he’s seen some good stuff, most of it isn’t great he says. “You can tell the difference between someone who has a graphic designer on staff and someone who knows how to use Microsoft Paint,” he says. “If you send some beautiful infographic then at least you’ve got my attention.”

Multimedia doesn’t have to be fancy, says Forsythe — motion graphic text on a screen could work — but keep whatever’s being sent concise. It must also have strong production values, in line with the kind of work he would produce. “The quality has to be there or it’s never going to pass muster with any journalist,” he says. Choi agrees, “It has to be the same as what I’d see in a magazine. If it’s not, then what’s my incentive to use it?”

Producing that kind of top-notch stuff is a challenge, says Pennington, as it can be costly. While she says her firm can create good content on a budget, it’s always better when the client is willing to spend more and create something attractive that can be used on social, web and in print publications. At least for social, though, companies can get away with making videos on their phone, but it still has to look good and tell the right story. “(Journalist want to see) thoughtful copy that is easily understandable, as well as some beautiful imagery that helps tell the story,” says Pennington. “That’s what we’ve found success in.”

Any journalist or PR professional who hasn’t yet embraced multimedia will have to soon. Audiences, and especially younger ones, want to watch more video and see other visual content, says Forsythe. Plus, with print likely disappearing one day, media companies will need to find other ways to tell their stories. “We’re bound to have to experiment with new platforms and find new ways to reach our audiences,” he says. “The need to tell stories in different mediums is becoming increasingly more important.” 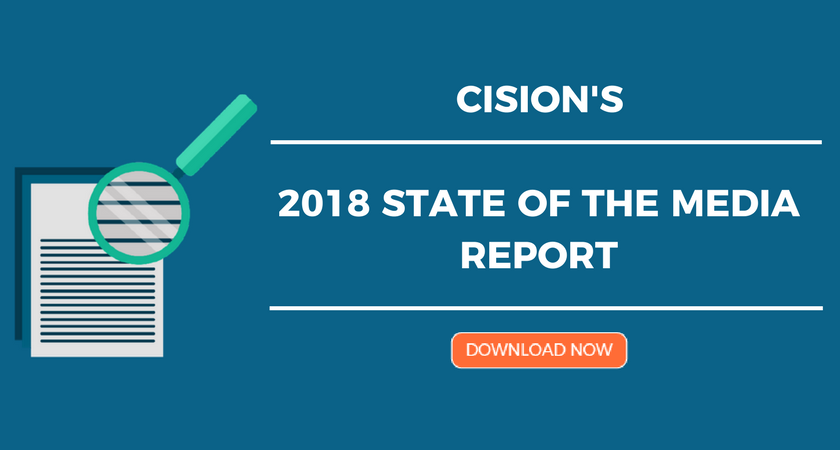 Bryan Borzykowski is the founder and editorial director of ALLCAPS Content, a custom content agency focused on business sector companies. He's also a business journalist and has contributed to the New York Times, CNBC, BBC Capital, CNNMoney and the Globe and Mail. Bryan makes regular appearances on Canada's CTV News and SiriusXM radio.