How you can Save Local Media: Local newspapers are dying. Here’s how we can save them.

Like many Americans, I start my day over a cup of coffee and the morning’s news. But in rare company, I’m one of the few who unfolds the local newspaper. According to Pew Research, only 13% of Americans prefer print media, 8% turn on the radio, and the other 79% are split between TV and internet. 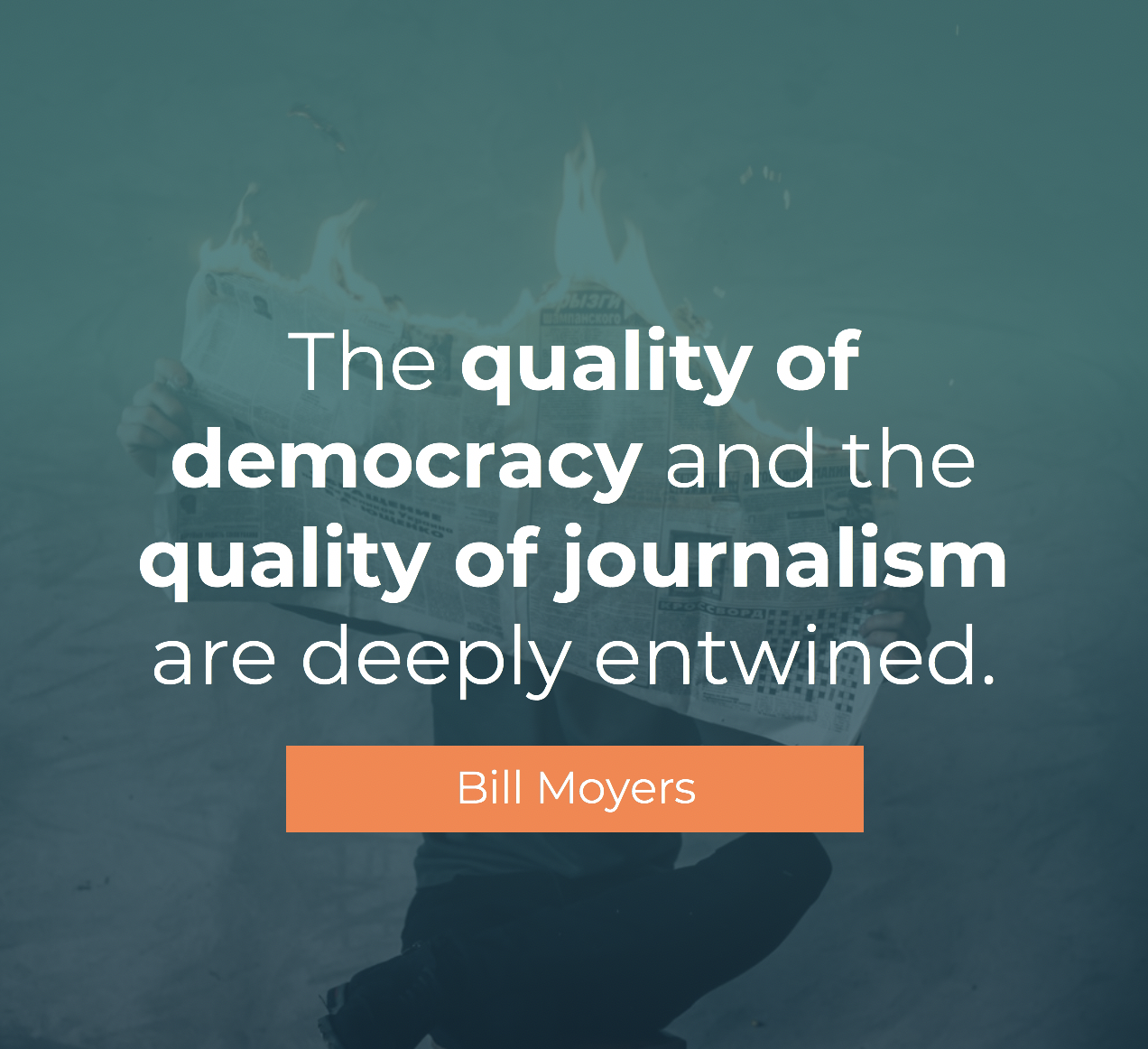 As newspapers vanish, thousands of American communities have lost local coverage. In fact, nearly half of Americans say their local news does not cover their local area. For democracy’s sake – the lack of accountability, transparency, and engagement is extremely concerning. There is an overwhelming amount of evidence around journalism’s positive impact on democracy and what deserted coverage could mean for civic engagement, good government, and the health of local communities.

Digital is the new traditional

There are multiple, compounding reasons for the decline of local media. From the digital shift of advertising dollars to the death of the classifieds, both paired with the availability of free news online and ad blockers – the traditional business model is severely broken. For newspapers to stay afloat, there is a viable path forward. Nieman Labs has well-researched the difficult path newspapers must take to transition into digital.

There are positive signs. The Boston Globe now has more digital subscribers than print subscribers. Without paywalls, the Guardian saw its first profit in over 20 years. The Arkansas Democrat-Gazette is going all-in on digital by offering subscribers a free iPad with the goal of ceasing the weekday print editions by 2020.

More help is on the way

While transitioning into a digital company should be the goal of every newspaper, the complicated process will not happen overnight. To ensure all Americans have access to high-quality local journalism we need an all-hands-on-deck approach.

Across the country, more than 200 nonprofit newsrooms are committed to covering local news, many of which have become financially sustainable. Report for America is a non-profit that aims to place 1,000 reporters in local newsrooms by 2023. Tech companies, like Facebook and Google, which ironically are partially responsible for the demise of newspapers, have dedicated hundreds of millions of dollars and updated their algorithms to support local news.

The important role of PR pros

From writing press releases to pitching media contacts, communications professionals play an important role as well. The lack of resources is one of the biggest challenges to journalism in 2019. Overwhelmed and overworked, journalists receive hundreds – if not thousands – of pitches every week and the vast majority are irrelevant.  Too many PR professionals have adopted a one-size-fits all approach to communications distributing a single, generic message to the masses. This spray-and-pray strategy generates diminishing returns for both communicators and journalists.  By modernizing their communications strategy, PR professionals can help support local journalism.

Outside of the Nation section of a local newspaper, national-focused stories, should rarely make headlines. For PR Professionals who seek to secure local coverage, it’s important press releases are tailored for specific media markets.  For example, when CVS offered free wellness screenings in cities across the country, the CVS team brilliantly packaged 11 individualized press releases into a national campaign to maximize the relevancy of their announcement.

As the result of shrinking newsrooms, there are now seven comms professionals to every one journalist. It has never been more challenging for PR pros to grab the attention of their target influencers. Today, less is more. By conducting outreach in a more targeted and data-driven approach, communicators can make a better first impression, leading to improved media pickup and the development of stronger relationships.

For more than 65 years, newswires have served as a reliable partner for journalists seeking story leads. Newswires are an effective channel to directly reach the editorial gatekeepers of traditional media outlets. In the eyes of journalists, newswires – along with press releases – are still one of the most trusted sources of news.

As the Washington Post’s powerful slogan reads “Democracy dies in darkness.” The modern journalistic business model is telling stories that are so informative and so reliable people around the world are willing to pay for them. From subscribing to local news to crafting better, more relevant pitches– how are you going to help?