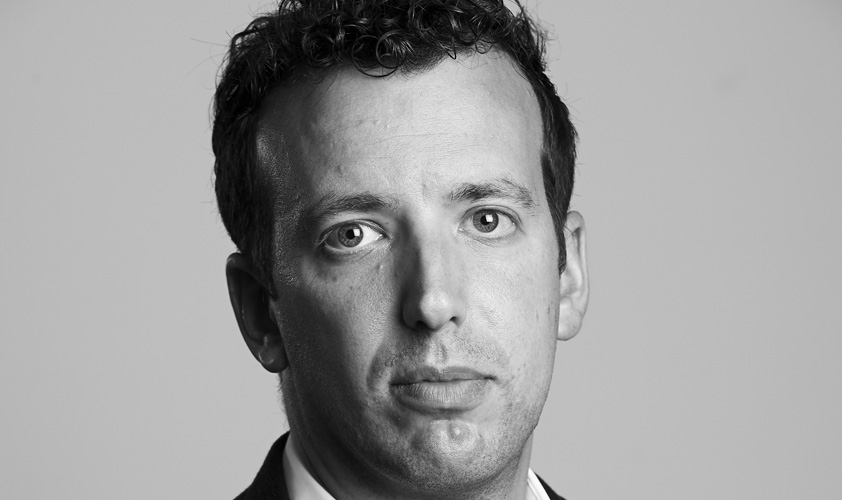 Tell us a little bit about The Athletic's UK launch and what the site will be covering.

We’re covering football, lots and lots of football! We have correspondents covering every Premier League club, some Championship clubs, women’s football, Celtic and Rangers in Scotland and we’ll be looking at doing international and continental football as well.

The idea is to try and take a deep breath and cover teams in-depth and tell stories that either other people don’t have the time to tell or are about teams who do not receive as much coverage elsewhere. We want to tell lots of wonderful stories.

We are a subscription service, so you have to ask yourself, what do people want to pay to read? They can read really good match reports or ratings or quotes from a manager for free, whether that is on the BBC, MailOnline, the Guardian etc.

We do go to football matches, but we are writing analysis pieces, such as speaking to people about a player or finding a news line which isn’t out there, or even using stats and graphics to tell a different kind of story.

On top of that we try to do lovely features and interviews as well as featuring comment and analysis of different issues in the game. If you’re behind a paywall, you have to be different and try to persuade people that it’s worth their money.

What persuaded you to make the move from The Times to The Athletic? Is it a risk?

Both the sheer excitement and also the horrible thought that someone else might get to do it!

I had a fantastic job with wonderful people at The Times and I was very lucky to work there, but I’m not going to get another opportunity in my life to start something up from scratch with so many talented journalists in a model I well and truly believe in. It’s just impossible to say no to something that’s a one-off and so exciting.

I don’t view it as a risk. Everyone is still trying to work out how to make money out of journalism online, from the websites of the papers, so wherever you are there’s a degree of risk.

I believe so much in this model that I don’t think it’s a risk at all. If you put quality journalism out there and hire good journalist, then people are willing to pay. I know that from seeing the crazy numbers in America; I’ve already got 600,000 paying subscribers and that’s before we’ve even started here.

You've managed to assemble a team of journalists and columnists in a very short space of time, how did you manage to achieve this and how did you go about targeting them?

I think it’s a mixture of reasons and depends who you ask. You have more senior journalists who have been somewhere a long time that fancied doing something a bit different. For example, some may not want to do as many match reports as they had been doing, some like the challenge of having a bit more time back to themselves to dig deeper.

We’ve got a lot of people who’ve come from local papers with massively fantastic books of contacts who maybe felt they were a little bit rushed in what they had to do and felt this was a way of being able to do a type of journalism they couldn’t do before.

You’ve also got a bunch of young journalists who couldn’t get jobs at all and I’d like to think it was very easy for them to say yes! They’ve been given their first jobs in the industry.

All reporters are given equity in the business, how important is that both for The Athletic and the journalists themselves?

I think it’s lovely, it means you have extra skin in the game and it also means that you also want your colleagues to do extra well. You become a bit more of a family in that way.

If a piece about Gareth Bale is really good and performs very well and brings in lots of subscribers, then everyone benefits. It encourages everyone to work together on stories and fosters a feeling of belonging.

Who are you looking to attract as subscribers, fans of the clubs you cover in-depth or general sports fans (or both)?

You’re always going to get some general sports fans, but the way that the app works where you follow a team does lend itself to fans, they’ll be a large percentage.

But then there are also lots of pieces which you might read because you’re interested rather than being a fan of a particular club. For example, we ran a piece the other day about the inside workings of the transfer market, that wasn’t targeted at a group of fans, it was just a really good piece of journalism.

Do you think it's the fans of teams which don't receive huge amounts of national coverage, such as a Burnley, and whose fans might not necessarily read their local newspapers are going to be key subscribers for you?

I think those fans of clubs which are covered locally but not always nationally are very important. Local papers do a great job in lots of places and serve an important role in terms of news and reporting. Our job is to supplement that by providing more features and analysis and other pieces.

There are clubs which have been starved at national level – through no fault of anyone’s, it’s because of a lack of space and resources. Teams like Nottingham Forest and Sheffield Wednesday are massive clubs with huge supporter bases; we’re able to give those fans three or four in-depth pieces a week to enjoy.

What's the best way for PRs to work with The Athletic?

By having really good ideas and giving us time. We don’t want to do things which are quick where we’re snatching 10 minutes here or five minutes there.

It’s about being willing to work with us to tell a story. If people are willing to be open-minded then they’ll realise they get a huge audience for a real in-depth story.

We can’t tell a story if we just sit down an athlete for 10-20 minutes, we’re not going to bother. If people want something that’s going to have an effect, then they will need to give us the time to allow that to happen.

Finally, what are you and your team looking to achieve over the course of the 2019-20 season?

To make football fans happy and hopefully persuade them that it’s worth parting with a few pounds to read our coverage. I know that sounds obvious, but that’s the name of the game; to produce lots of top-drawer journalism, breaking stories, lots of lovely interviews and features.

Give football fans something to supplement the great coverage they get elsewhere. The papers and the BBC already do a really good job, this is something different to go on top of that.