CEOs Must Choose between Something and Nothing

What a CEO or organization collectively decides to say or do—as well as what not to say or do—about injustice, inequality, and human rights abuses are central to corporate identity, reputation, and relationships. Unfortunately, when these issues emerge on the media agenda, there is little to no safe, neutral ground for an organization to retreat to. Indeed, controversies and crises tend to recur, and mostly center around a specific set of issues involving human rights: gender, sexual harassment, race, LGBTQIA+ rights, immigration, climate change, police brutality, national security, and freedom of expression. Whether an organization opts for action or inaction on any given issue, corporate leaders and spokespeople should know how to communicate the choices it makes.

When media and public debate emerges around issues of injustice, inequality, or human rights abuses, some within the corporate world may argue that a company’s official position should be to “stay out,” “remain neutral,” “play it safe,” or otherwise not take a position on any “sensitive issue.” This advice may be rooted in concerns about offending or alienating one or more various publics in positions of political, social, cultural, or financial power.

What is important to point out, however, is the paradox that not taking a position is taking a position. In other words, to adopt a neutral stance toward an issue is nonetheless to adopt a stance; deciding not to comment is nevertheless deciding to remain silent. It takes only a little imagination to see how taking each of these so-called “non-positions” on issues could be thought of as indifferent, passive, non-responsive, dismissive, uncaring, unconcerned, or in similar terms.

Indeed, as Wharton School of Business Senior Fellow Caroline Kaeb has explained “engaging in—if not advocating for—fundamental human rights issues,” has become “the new frontier of corporate social responsibility.” Moreover, from the standpoint of the media, corporate silence on an issue may be noticed as much as corporate statements are. Nevertheless, both the decision to say or do something and the decision to say or do nothing about human rights issues entails certain risks for corporations. The following sections look at these risks to aid companies in making these decisions around issues of injustice, inequality, and human rights abuses.

BlackRock CEO Laurence Fink recently wrote on LinkedIn, “No organization is immune from the challenges posed by racial bias.” Given the systemic nature of racial injustices, no organization exists outside the field of struggle. Perhaps for this reason, the public is particularly attentive to non-action. A recent Business Times article put it clearly, “Silence on race is no longer an option” for corporations.

USC Annenberg School for Communication and Journalism Professor Hye Jin Lee has written about the recent silence of the K-pop industry regarding police brutality and the Black Lives Matter movement. While she notes that the industry has “a long history of staying out of political and social issues,” such a stance is currently being challenged by the industry’s “more politically vocal and engaged fans.” Yet, in this industry, the $1 million donation made by K-pop stars BTS and their company, Big Hit, which was matched by a $1 million donation by the group’s fans collected in under 24 hours, is still “an outlier.” Lee refers to the current moment as a time of one of “reckoning” for the K-pop industry, as “the narrow nationalism of its apoliticism appears at great odds with its American K-pop fans’ demand for political and social change.”

Even in the face of social upheavals that can be destabilizing for business, the corporate sector has been hesitant to intervene due to “a prevailing sense of pragmatism and a limited and apolitical understanding of its role and responsibilities as a key stakeholder in society.” Yet, in recent years, decisions by business leaders to take action have at least in part been motivated by “governance gaps” both domestically and globally. That is, political polarization and legislative gridlock have prompted companies to “fill the void.”

But when CEOs do speak up, their words tend to be met with cynicism, defeatism, or “understandable skepticism” from within journalism circles. Indeed, in the aftermath of worldwide protests following the killing of George Floyd by Minneapolis police officers, journalists and media commentators have scrutinized the actions of companies and parsed the words of CEOs. Forbes quickly identified over 50 companies and the actions they have taken in response to both the events surrounding George Floyd’s killing and the ensuing protests.

Yet, public scrutiny has not stopped leaders at many companies from speaking through both traditional and social media outlets about issues related to race and racism. In the aftermath of the killing of George Floyd by Minneapolis officers and the anti-racism protests it sparked, chief executives and other leaders from organizations such as Novartis, AARP, Cigna, Deloitte, Columbia University, Nike, Stanford University, United Airlines, Kroger Co., Salesforce, PayPal, 3M, and numerous others used their LinkedIn profiles to share notes with clients, employees, and others about how they are taking action for racial justice and equality. LinkedIn created a news feed that compiles these posts made over several weeks.

Indeed, CEOs can expect that media outlets and journalists will dissect these statements in a variety of ways. For example, the Wall Street Journal analyzed the public statements 35 CEOs had made and found that 24 of them (69%) used the words race, racism, or racist. A couple of them, including the ones issued by Lowe’s CEO Marvin Ellison and Tapestry Inc. (parent of Kate Spade and Coach) CEO Jide Zeitlin, described personal experiences of racism and racial intimidation in the segregated U.S. south and of Apartheid in South Africa, respectively.

So, what should organizations do?

There has also been a proliferation of advice on what brands and influencers should do to respond to the events. Forbes published a piece by Jason Wingard, Dean of the School of Professional Studies at Columbia University, directed at corporate leaders, that contains three simple pieces of advice:

Business Insider reported that “giving back to the community” was the most favored action amongst consumers. In particular, a survey conducted by Morning Consult found that 49% of U.S. adults would look favorably upon a brand that “set up a fund for small businesses impacted by looting,” while “donating to community cleanup” was the second-most favored action.

PRovoke provides an industry resource guide to help brands, agencies, and employees “respond in meaningful ways to address racial injustice and systemic racism.” The guide featured a list of organizations that work toward racial justice seeking support, as well as content to “read, listen to & learn from.”

Similarly, AdExchanger published a piece with advice for brands that want to respond to the protests in an impactful way. It cautioned that consumers “can see through platitudes,” and that they are interested in hearing about the actions the company is taking “to make a difference.”

Many organizations may choose not to say or do anything about issues of injustice, inequality, and human rights abuses, not out of indifference, but out of the concern that they will get things wrong. But, as Karen Boykin-Towns of PR firm Sard Verbinnen & Co, explained, “the rule of the day is just do it.” Her advice is reminiscent of a well-known expression, attributed to Voltaire, that “the perfect is the enemy of the good.” If an organization tries to craft a “perfect” response, it will likely miss the opportunity to do anything good at all. 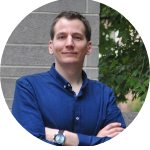 Kyle Heatherly is a Client Insights Manager at Cision. He completed his MSc. at Uppsala University in Sweden and is currently a Ph.D. Candidate at The Media School at Indiana University, Bloomington. When not reading the news, he enjoys philosophy, foreign languages, and cooking for his wife and son.