Everyone craves entertainment in one form or another. Whether it’s binge-watching the latest Netflix series, laughing at amusing cat videos, catching a summer blockbuster, or listening to live music, each of us takes a break from reality by consuming entertainment-related content.

With the number of entertainment-related websites and apps increasing exponentially, it can be difficult to cut through the clutter and find reliable sources for news.

In 2016, we took a closer look at the 10 top news sites that rock their music and entertainment coverage and last July we shared 9 News Sites that Top the Charts for Entertainment and Music Content.

Below is the latest list of some of our favorites, in no specific order, that help their audiences get their entertainment fix.

“Consequence of Sound is the missing link between mainstream pop culture and the underground.” A perfect description for a site that connects the two.

Over the past decade, this independently-owned Chicago-based online publication has gained a dedicated following for its reliable coverage of music, television, and film. The site features trending artists, full streams of the newest albums, tour dates, and festival news, along with a variety of entertaining podcasts.

Check out their “Song of the Week” to get a quick taste of what’s new.

Launched in 2002, Stereogum was one of the first MP3 blogs and continues to be a top source of music news and commentary.

Offering a variety of features, from artist interviews to exclusive Stereogum Sessions of live performances and recommendations on which bands to keep an eye out for, discovering new music is easier than ever.

Every week the Stereogum staff chooses the five best new songs of the week and makes them available via a Spotify playlist, a quick and easy way to stay connected to the latest music.

Stories to read right now: Grant Hutchison On The Frightened Rabbit Tribute Compilation Tiny Changes; We’ve Got A File On You: Perry Farrell

Based in Cleveland, Ohio, Alternative Press (AP) provides in-depth artist interviews and exclusive photos, making it an essential one-stop shop for music-lovers. Since its inception as a fanzine in the mid-80s, AP has been one of the nation's leading voices on underground, alternative, punk music, and youth culture both in print and online.

In addition to finding out about the latest music news, enjoy a quick mental break by taking one of the many quizzes, one of the most recent being “Would you survive a horror movie to the very end?” Good news, I survived!

With the addition of an enhanced mobile app, AP has expanded its digital reach and continues to grow its social presence. Join their nearly 750k followers on Instagram @ALTPRESS. Founded in 2003, CinemaBlend is a go-to source for movie, television, video game, and pop culture news. With 2.5M Facebook followers and 13M unique monthly visitors, this has become a trusted site for entertainment aficionados.

Visit the “Upcoming” tab to find an extensive list of future movie release dates or select from the many podcasts to enjoy the latest movie & TV news while you’re on-the-go. An interesting section, “To 3D,” helps visitors decide whether it’s worth spending the extra money on 3D thrills or spending it on more important things...like popcorn!

Stories to read right now: How Yesterday Was Able To Use So Much Of The Beatles' Music; To 3D Or Not To 3D: Buy The Right Spider-Man: Far From Home Ticket 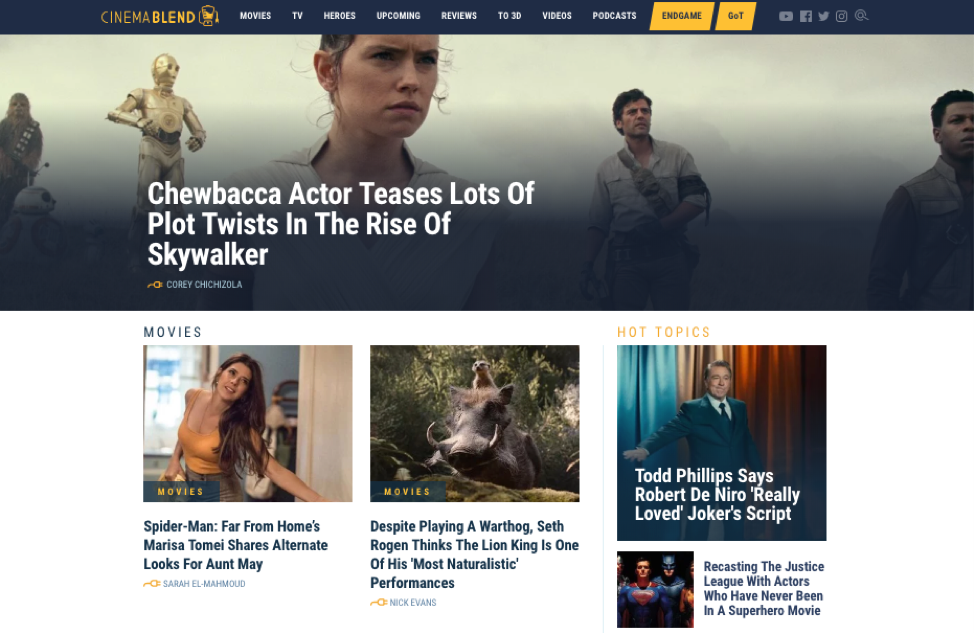 Billing itself as “The Solution to Music Pollution,” Under the Radar is one of the best destinations to find out what’s happening in the indie music scene. Featuring web-exclusive interviews, photos, reviews, MP3s, videos, and more, its mission is to bring you the latest in good music.

Known for its photo shoots, the site features a large gallery of images so dive in and see if you come across any of your favorite artists. Who knows, you might even spot yourself in the crowd at one of the featured shows!

Stories to read right now: My Firsts: Brian Aubert of Silversun Pickups; Mitski - The Under the Radar Cover Story 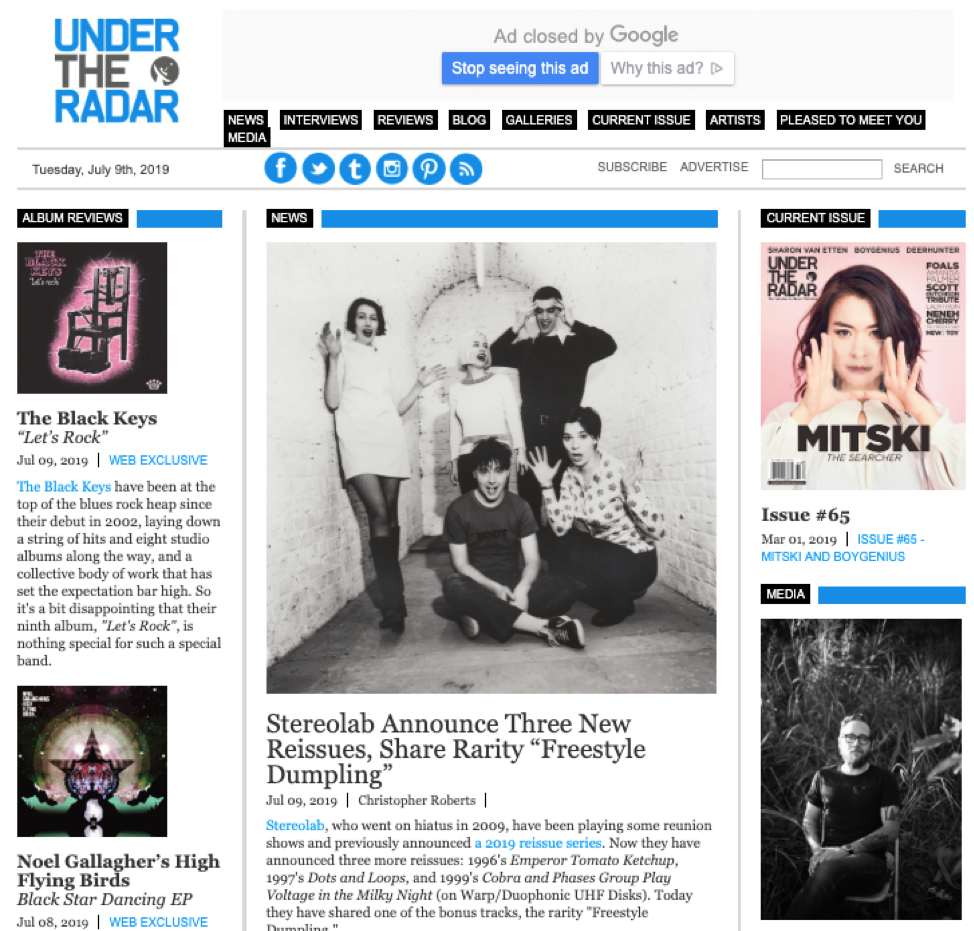 A project of National Public Radio, NPR Music is a top source for music discovery.

With a wide variety of hand-picked playlists curated by the NPR Music staff and the opportunity to listen to upcoming albums in their entirety, I never fail to discover something new and interesting.

Tiny Desk Concerts, one of my favorite video series, features intimate performances that are recorded live in the NPR Music office. During a recent Tiny Desk Concert, American Football performed three songs from their new album LP3. Check it out when you have a moment. Dating back to 1995, MovieWeb’s long history has helped it build a strong reputation as a trusted source for news and reviews. The site is continually updated each day and features a helpful trending stories section to help guide your eyes toward the top stories.

With a robust movie archive, searchable by release date, title, genre, or studio, you can quickly locate plot summaries or reviews in seconds. In case you’ve ever been kept up at night wondering about the release dates for Avatar 2, 3, 4, and 5, they can be found right here.

Stories to read right now: 7 Underrated Movies of the 2010s That Will Change Your Life; Epic Mulan Images Reveal the Beauty of Disney's Upcoming Remake 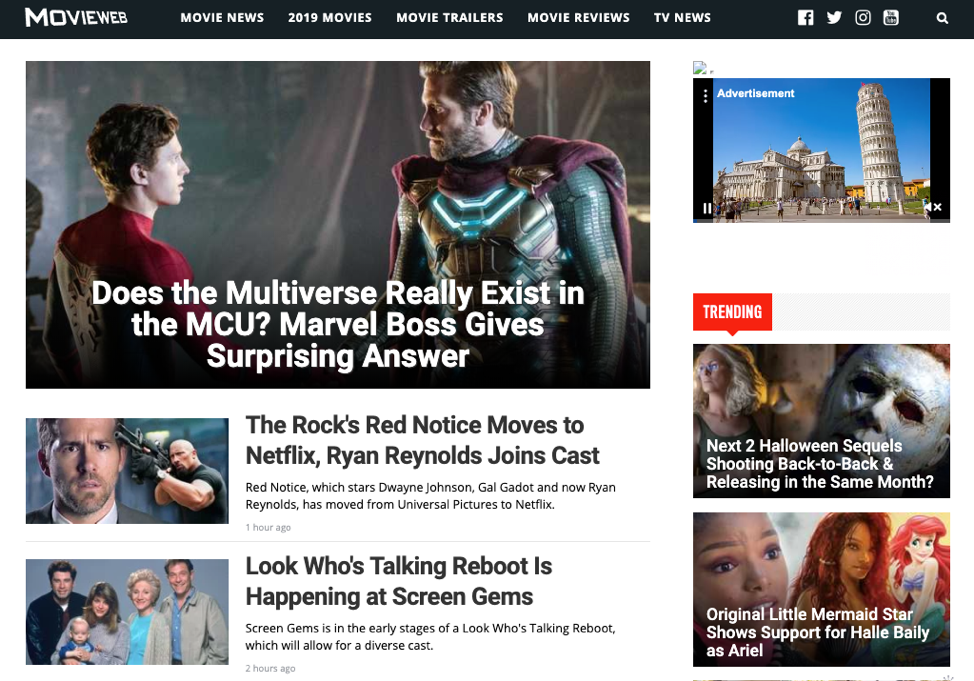 If video content is more your speed, the following features are certainly worth exploring:

Stories to read right now: Quentin Tarantino reveals the real-life inspirations for Leonardo DiCaprio and Brad Pitt’s characters in ‘Once Upon A Time’; ‘The Big Lebowski’ spin-off set for 2020 release 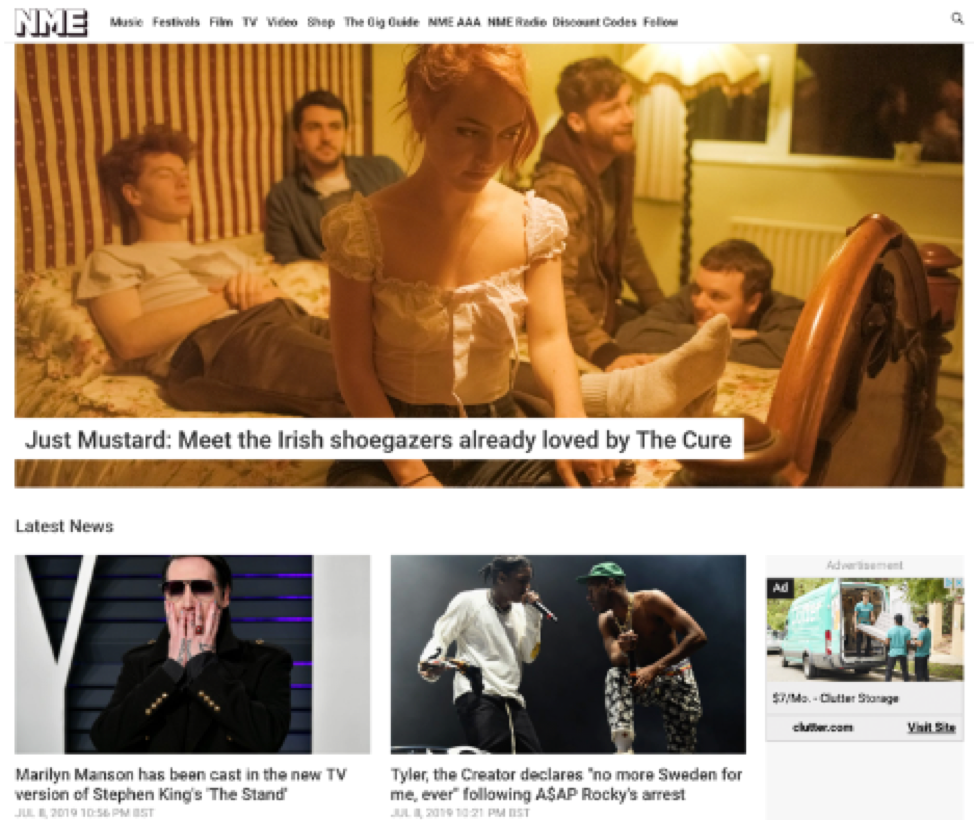 Founded in 2004, BrooklynVegan's main focus is on music-related news and events taking place around New York City. The site also features blogs devoted to the Austin and Chicago music scenes and a separate one for heavy metal coverage.

The site frequently offers presale codes for shows and contests, helping to make sure fans have a better chance at tickets than bots. 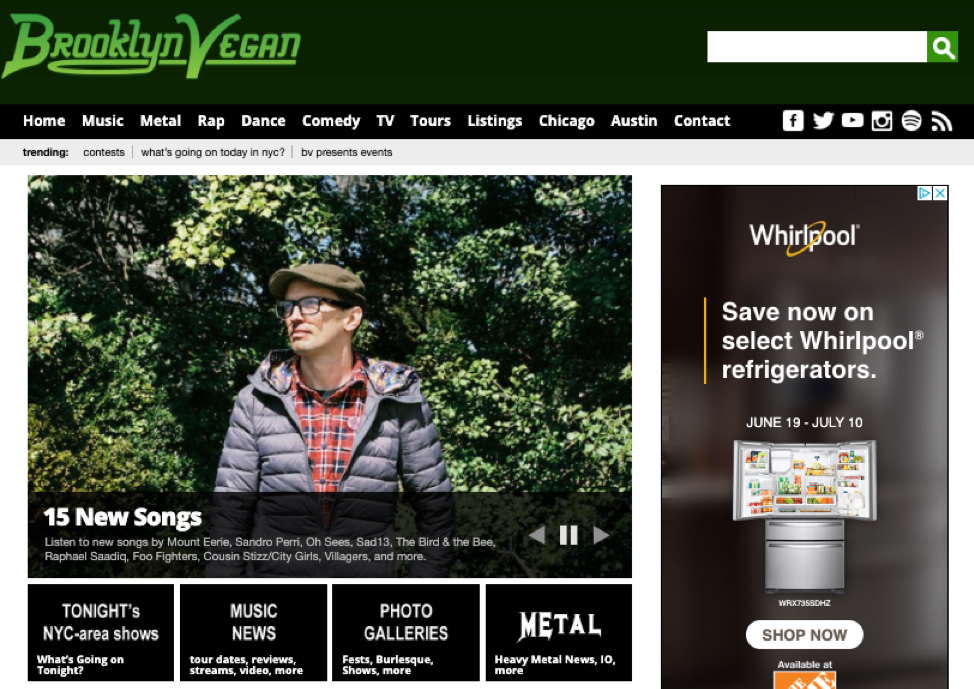 If you’re a musician, you’ve likely heard of Hypebot. This site posts daily content for indie musicians and labels, including in-depth articles on navigating the music industry. In March of this year, Hypebot was acquired by Bandsintown but still operates as an independent publication.

Using an artist-centric point of view, the site highlights the music industry and its intersections with technology. 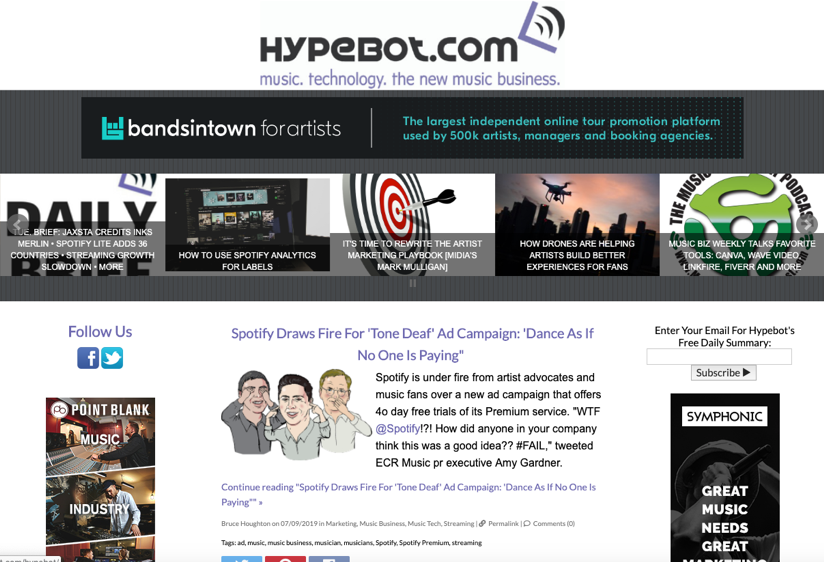 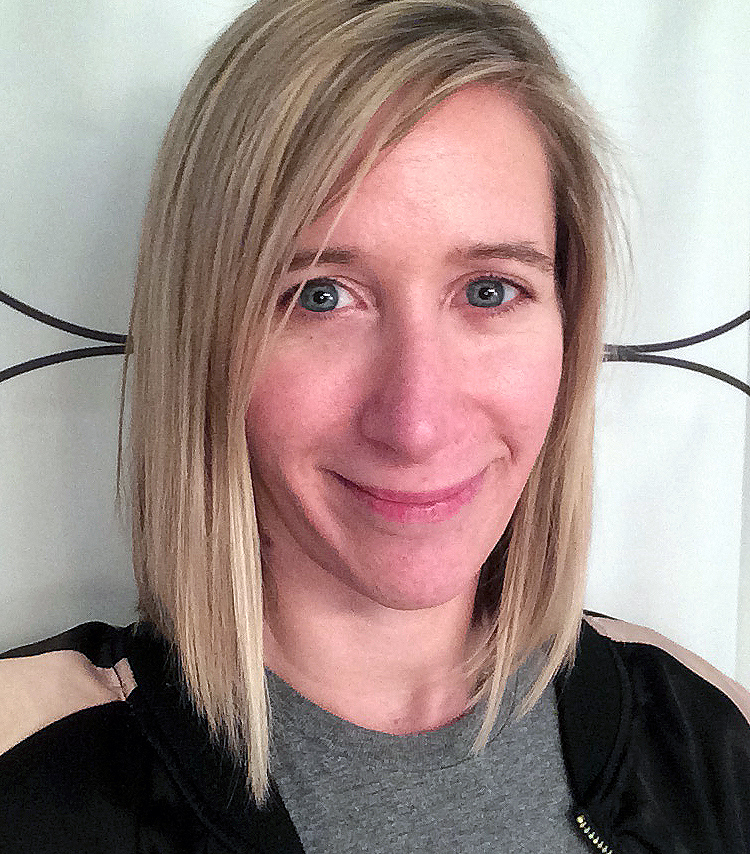 Author Colleen Hlywa is a Senior Product Manager at Cision. When she’s not working, Colleen can most likely be found at a concert or pointing at every cute dog that passes by.