13 LGBTQ Podcasts You Should Be Listening To 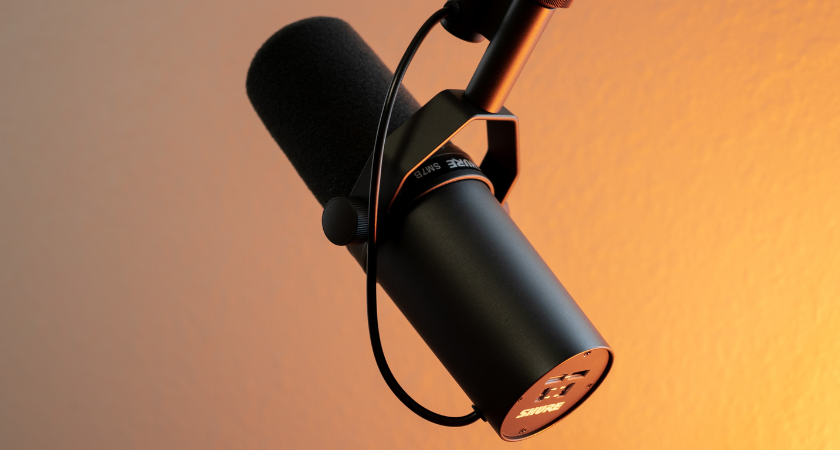 We may be nearing the end of Pride Month, but that doesn't mean your celebrations of the LGBTQ community should do the same. We've recognized standout LGBTQ news sites and blogs in the past, and this year we decided to create a list of LGBTQ podcasts that should be on your radar.

Some of these shows are relatively new, others have been around for years. The conversations are entertaining, educational, hilarious, emotional and eye-opening. The shows cover a range of topics, from pop culture to personal finance, politics to parenting, and gay history to queer crime writing.

Dive in and start listening.

This popular podcast is hosted by GLAAD award-winning journalist Jeffrey Masters and produced by The Advocate (an outlet we’ve recognized before). Each week, Masters interviews some of the most interesting LGBTQ+ people in the world.

With ten fascinating seasons of episodes to catch up on, this podcast brings “the voices of LGBTQ history to life through intimate conversations with champions, heroes, and witnesses to history.”

Founder and host Eric Marcus digs into his decades-old audio archive (with help from the New York Public Library) of interviews to help shine a light on the largely hidden history of the LGBTQ+ community.

Start in season 1 with an episode about Dear Abby, an early activist, or jump to more recent episodes about gay journalist Randy Shilts and radical lesbian feminist Jill Johnston.

This podcast isn’t about food, they just like the pun. It’s hosted by a multiracial roundtable of queer writers who discuss relationships, race, identity, books and more. The entertaining conversations between Dennis, Fran, Joseph and Tommy combine “the best of literary intellect with absolute trash. Like The View, but not terrible.”

The group blends topics that are more traditionally considered “intellectual” with those considered less so, and the conversations will keep you hooked.

One recent episode, “This Podcast Has Covid,” discusses if (and when) queer people should cross the line from platonic friendship to romantic relationship as well as how we’re all coping with this new, confusing stage of Covid (if you feel like a “winky-frowny” emoji, this conversation is a great one to check out).

Bad with Money is hosted by best-selling author and comedian Gaby Dunn. They discuss the intersection of finance and social justice and bring “a social justice, feminist, and unabashedly radical point of view to conversations with top journalists, student loan experts, tax specialists, mutual aid organizers and other money disrupters in their fields.”

As one listener puts it, “I have learned so much from this podcast and have always felt empowered and supported by Gaby - which is NOT how other financial pods have felt! And the centering of marginalized voices is a huge plus!”

If you’re pressed for time, check out the bite-sized mailbag episodes in which Gaby answers fan questions and discusses reactions to their more in-depth episodes. Recent topics run the finance gamut, from medical tourism to crypto, paying for dating apps and the corporatization of LGBTQ Pride (“pinkwashing”).

On The Read, hosts Kid Fury and Crissle cover all things hip hop and pop culture. Only Beyoncé and Blue Ivy are safe. The show averages over 350,000 plays a week, so it’s definitely one to check out.

Fury is a vlogger, writer and comedian who grew up dreaming of becoming a rapper named Trina. Crissle West is also a writer and comedian (with THE most infectious laugh) and has appeared on Comedy Central’s Drunk History for episodes about Harriet Tubman and the Stonewall Riots.

Episodes run a bit longer than others on the list, anywhere from 90 minutes to three hours, which allows listeners to really get invested in the extremely entertaining conversations.

“Will & Testaments” covers the hosts’ reactions to the slap seen around the world at this year’s Oscars as well as their take on the public’s reaction. They also answer fan letters about several unique dating situations.

Hosted by three non-binary “Best Thems,” this newer podcast features “open and honest conversations all about that little big thing called gender.” Hosts Gara Lonning, Maggie Dunleavy and Basil Lee started the show during the pandemic and it's quickly grown in popularity.

The group discusses gender identity, chats with nonbinary and/or genderqueer guests, and answers listener questions. The laid-back, fun conversations regularly punctuated by outbursts of singing feel like those you’d have with your own friends and I could listen to episode after episode.

A recent episode, “EMILY DAYTON EVANS: Post-Operatives,” features actor Evans and Lonning discussing being post-op (both from ACL surgery and top surgery), their love of Julia Louis Dreyfus, identifying with Garfield, and giving advice to a listener looking to gain confidence in the dating world and overcome a fear of rejection.

If you can’t get enough of the group, Lonning also co-hosts the “We’re Having Gay Sex” podcast that covers all things dating and relationships. It’s described as a “queer sex positive podcast” that straight people can listen to.

Check out Queery, hosted by standup comic Cameron Esposito, for must-listen conversations with “some of the brightest luminaries in the LGBTQ+ family.”

Esposito and guests discuss gender identity, politics, sexuality, civil rights and more. Guests include “queeros” (gay heroes) that should be on your radar if they aren’t already.

The Gender Reveal podcast features journalist and “resident gender detective” Tuck Woodstock interviewing trans and nonbinary artists and activists. They answer listener questions, analyze current events and create a show that acts as an educational tool for anyone hoping to learn more about gender.

If you’re new to the podcast, check out the organized “starter packs” and find a topic that appeals to you. Choose from trans parenting, journalism and podcasting, trans politics, pronouns and more.

A recent episode features Jeopardy champion Amy Schneider. The pair discuss what a trans Jeopardy would look like, Amy’s activism, trans women in coding and more.

If you can’t get enough of the comic-hosted podcasts, this one should be next on your list. Dyking Out is hosted by Carolyn Bergier, a graduate of the Upright Citizens Brigade, and Melody Kamali, a graduate of The Annoyance Theatre and Chicago comedy scene veteran.

Carolyn and Melody watch everything and will let you know what’s worth a view. They cover all things lesbian and pop culture. Actors, fellow comedians, writers and activists make up just some of the special guests featured throughout the 200+ episodes.

I recently listened to an episode with writer, podcaster and comedian Dylan Marron, who recently released his new book, Conversations With People Who Hate Me. The group talks about empathy and how to address haters online, plus the genius of Helen Hunt.

The UK-based show (which hasn’t posted a new episode since 2020) worked to highlight inspiring LGBTQ stories and jumpstart careers in the audio and podcast industry – episodes were crafted by up-and-coming queer audio producers.

Shows hover around the 30-minute mark, so you can listen to multiple in one sitting. Show your support for queer creatives and check out archived episodes like “How can you be single, queer and happy?” and “Ian McKellen's advice to LGBT+ people everywhere.” Then go sign up for the newsletter.

We love true crime, scary movies and all things thriller here at Beyond Bylines, so this one immediately caught my eye. This weekly podcast features interviews with LGBTQ+ authors of mystery, crime and thriller stories.

Host Brad Shreve “chats with crime authors about their craft but focuses on intimate conversations to help add to your list of must-read LGBTQ books.” Listeners will be treated to plenty of book recommendations that will help boost awareness of the LGBTQ+ mystery subgenre.

Check out episodes covering disability representation in crime fiction, a recent book recommendation and a discussion with crime author and founder of an LGBTQ+ retreat, Anthony Bidulka.

This podcast is hosted by comedy duo and married couple Rose and Rosie. Listeners are invited to “Hold their hands - as they hold baby Ziggy’s - and find out what family looks like for the LGBTQ+ community.”

The 30-minute episodes aim to help other LGBTQ+ couples who find themselves in similar situations by ensuring they don’t feel alone, answering all their questions and being transparent about Rose and Rosie’s own journey into parenthood.

Rosie Spaughton told DIVA Magazine when the show launched in 2020, “It’s like climbing into bed with a best friend at a sleepover and you’re talking about everything. It’s a safe space, and maybe you shout, maybe you cry, but you know that you’re guaranteed to laugh.”

Check out “The Ups and Downs of Surrogacy” and “Are We OK?”

Bowen Yang and Matt Rogers are your guides on this “unforgettable journey into the beating heart of CULTURE.” The show has been around since 2016 and has more than 300 episodes for new listeners to check out.

“The show manages to be both acidic and warm, like a steaming cup of Tang for the mind,” says The New Yorker. Special guests range from SNL writers to actors, songwriters, comedians and more.

A recent episode includes discussions on a variety of topics, including the new Top Gun movie and all things Nancy Meyers.

Are you looking for LGBTQ news and other story ideas? We can create a PR Newswire newsfeed for you. It’s easy. Sign up at PR Newswire for Journalists today.