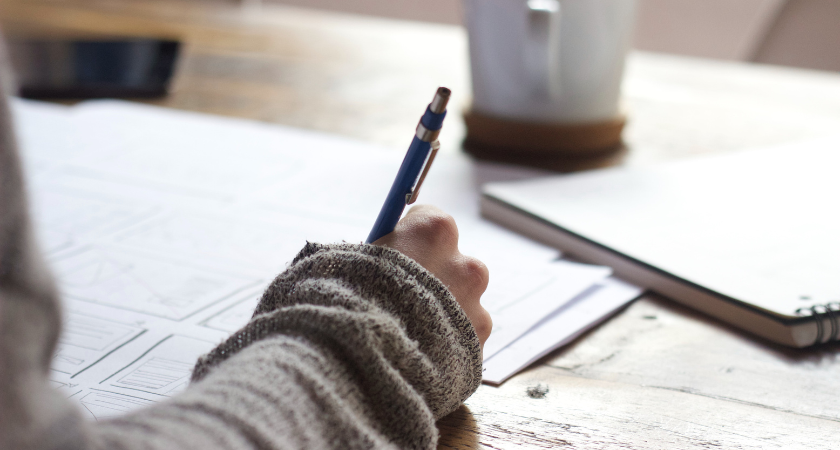 Photo by Green Chameleon on Unsplash.

It’s been another hectic year for journalists and that means AP Style has had to make a number of adjustments and share reminders to help writers stay caught up.

This year, the country faced the largest inflation rates since 1981. To help writers covering the issue, the AP Stylebook published a timely finance-related topical guide, including reminders on the following:

Inflation was top-of-mind for many Americans this year, especially as the midterm elections approached and they began planning their holiday spending. We’ll keep an eye on terminology surrounding this trend in 2023.

During Pride Month, we shared a few rules to keep in mind when writing about the LGBTQ community, including:

Learn more about inclusive storytelling, which can make your writing stronger, more compelling, and more trustworthy.

After the Supreme Court ruled to overturn Roe v. Wade at the end of June, we saw a number of press releases tied to the topic of abortion sent via PR Newswire. If you’re writing about abortion or reproductive health, there are a few AP Style rules to remember.

Russia began attacks in Ukraine on Feb. 24, 2022, and it’s been a focal point of the news cycle ever since. Here are a few rules and reminders for writing about the conflict.

It’s been nearly three years since the WHO declared COVID-19 a global pandemic. Since then, we’ve included numerous tips for writing about the coronavirus in our quarterly AP Style roundups. As the world continues to (slowly but surely) move on, here are a few reminders from 2022:

In other health news, the virus previously known as monkeypox is now called mpox (pronounced EM’-pox). WHO made the change in November because the original could be construed as stigmatizing and racist. Use mpox on the first reference and mention the former name once later in the story until the new name is more widely known.

Here are some of the punctuation rule reminders AP Stylebook shared throughout 2022. These refreshers are useful any time of year:

The proposed metaverse combines augmented reality, virtual reality, and other tech to create an immersive online world where people can gather to play, work, socialize and shop. It’s also a tech industry buzzword used by companies to describe existing technologies.

Following the death of Queen Elizabeth II, the Associated Press Stylebook put together a style guide to help journalists covering the British royal family (note that “royal family” is lowercase). Here are a few of the reminders:

As the midterms neared, AP Stylebook shared a few topical reminders for journalists covering the elections.

Happy holidays from the entire Beyond Bylines team! And if you’re writing about the holidays, here’s one more reminder on which to end the year:

A bit early for this one. But in honor of the AP Stylebook's Jerry Schwartz, who retires today, we present this gem that Jerry crafted: Santa Claus and Santa are nice in any reference. Naughty: Using Claus on second reference. Mrs. Claus is acceptable for Santa’s wife.