2022 in Review: 4 Media Trends We Watched This Year 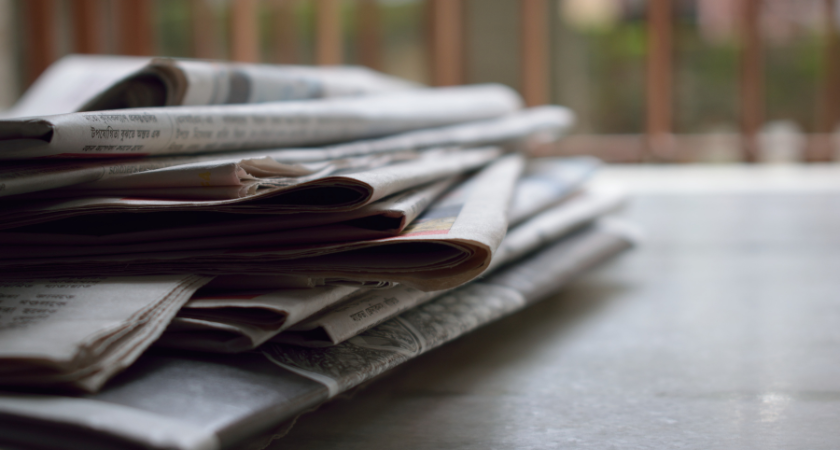 Photo by brotiN biswaS on Pexels.

While there may not have been a chaotic presidential election or a world-shattering pandemic to cover (at least not quite as often), 2022 had its fair share of major events that required in-depth, regular coverage by journalists.

Whether it was covering months of the House Select Committee's January 6 hearings; an unprecedented leak of the Supreme Court's draft opinion on the future of abortion rights (and the eventual overturning of Roe v. Wade); a constantly-evolving Ukraine/Russa war; chaos at Big Tech companies like Meta and Twitter; or the build-up to and results of the midterm elections, reporters had a lot on their plates.

We’ve been watching these stories all year, as well as the ones about the media industry itself. Every Friday, we recap some of the biggest media news headlines of the week in our Media Insider roundups.

As the year comes to a close, let’s review some of the recurring media trends we noticed throughout 2022.

A Chaotic Year for CNN

It’s hard to imagine another media outlet coming up more often in the news this year than CNN. It was a tumultuous year for the cable news company, which saw its parent company, WarnerMedia, merge with Discovery in April.

The network started 2022 on a down note after firing anchor Chris Cuomo for an ethics scandal last December, which eventually led to Cuomo filing for $125 million in damages. Then in February, the company’s longtime president, Jeff Zucker, resigned after his romantic relationship with another executive came to light during the Cuomo investigation.

In April came the shocking failure of CNN+, the company’s new streaming service. It was shut down just a month after launching. The blow came after the network had recruited big names like Chris Wallace and Audie Cornish to host shows on the streaming service.

That was followed by new CNN president Chris Licht saying during a town hall that he did not expect to make major cuts to the network’s staff…but we all know how that turned out. Since taking the helm, Licht has announced the exits of some of the network’s biggest names, including Brian Stelter and White House correspondent John Harwood. Any remaining CNN+ staffers were laid off by the end of September.

CNN also overhauled its programming leading up to the midterm elections. Its morning show got a new look, name (“CNN This Morning”), and hosts in Don Lemon, Poppy Harlow, and Kaitlin Collins. It also announced that Jake Tapper would fill the spot previously held by Cuomo, which had been covered by a rotating list of hosts since Cuomo’s exit.

And in early October, it was announced that former President Trump was suing CNN for defamation and was seeking $475 in punitive damages. The suit claims CNN used its influence “to defame the Plaintiff in the minds of its viewers and readers for the purpose of defeating him politically, culminating in CNN claiming credit for ‘[getting] Trump out’ in the 2020 presidential election.”

The changes don't seem to be over yet, as the company announced layoffs at the end of November.

Looking ahead: As Licht continues making moves to bring the cable network’s coverage closer to center, many are expecting more big names to head elsewhere (whether they choose to leave or are forced out remains to be seen). We’ll also see if some version of CNN+ is revived by Discovery.

As the country rebounded from the pandemic, it seemed that the media industry would be able to put the brakes on layoffs – at least somewhat. But unfortunately, while large newspapers and digital sites saw a decline in layoffs, the industry as a whole didn’t see a complete end or reversal of the trend.

Data showed that the rate of local newspaper closures in the U.S. did not change from pre-pandemic levels. Penelope Muse Abernathy, a visiting professor at Northwestern’s Medill School of Journalism, Media, Integrated Marketing Communications, explained that the expected “death knell” for newspapers didn’t occur. However, she said, “The bad news is, or the concerning news is, we are continuing to lose newspapers at the same rate we’ve been losing them since 2005.”

So like our roundups over the past several years, there is still a need for this year’s recap to focus on the layoff trends across the media industry in 2022.

In addition to the layoffs at CNN mentioned above, a number of other outlets made cuts this year, including (but definitely not limited to):

Looking ahead: Although the summer saw some publishers going full steam ahead on their hiring plans, predictions for the end of the year were bleak. Here’s hoping that 2023 will be the year that this trend sees a reversal.

Despite layoffs across the industry and a number of outlets ending their print productions, the media industry also saw a wave of new launches in 2022.

In January, the Reuters Institute at the University of Oxford released its predictions for journalism and the media in 2022. Among the predictions, it said a “key challenge for the news media this year is to re-engage those who have turned away from news – as well as to build deeper relationships with more regular news consumers.” Outlets new and old indeed worked this year on figuring out ways to attract and retain readers.

Perhaps the buzziest launch of the year came from former New York Times media columnist Ben Smith and former Bloomberg Media Chief Executive Officer Justin Smith (the two are not related). Ben Smith announced his exit from the Times and plans for the new company back in January. Their digital media outlet, Semafor, debuted in October. Articles are formatted using a structure called “Semaform,” which features sections for the news, opinions, counterarguments, and related stories.

Other launches this year included:

Looking ahead: As media companies continue to grapple with the balance of paywalls, subscriber growth, and reaching underserved audiences, we’re sure to see more unique publishers and models hit the market.

Last year’s media news recap noted that 2021 was a record year for media employees unionizing, and that trend continued through 2022. In August, data from Pew Research Center found that “around one-in-six U.S. journalists at news organizations report being in a union and many more say they would join one if it were available to them.”

As we dug our way out of the pandemic, unions weren't just focused on salary increases and DEI initiatives. They were increasingly also coming to the table to discuss return-to-office plans.

Among the union news this year:

2022 was another year of fantastic journalism. Reporters continued to balance a hectic news cycle, battle ongoing waves of misinformation and distrust in the media, and navigate an ever-changing media landscape. Although some trends like layoffs persisted year over year, a swath of new products and outlets was a bright spot as newsrooms and journalists experimented with new ways to reach underserved audiences. We're excited to see what's in store for the media industry in 2023.