A Day in the Life: Perspective from a Digital Marketing Consultant 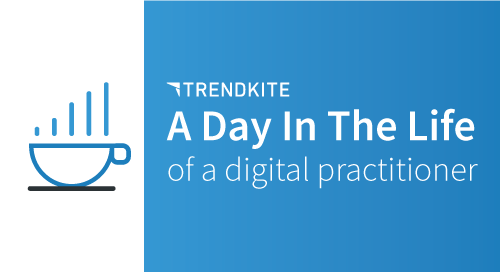 It's one thing to know all the theories and best practices in an industry and another entirely to hear from the day-to-day lives of industry practitioners— including every angle of those involved in influencer marketing.

With that in mind we recently launched a new Day in the Life series here on PR Forward, to give perspectives from every angle of the PR industry in the dynamic era of digital PR. Our first perspective came from influencer Amber St. Peter, yoga teacher and so much more behind Good Saint.

Today we're talking to Garrett Heath, a Digital Marketing Consultant who breaks down what that really means, plus some advice from what he has learned in his consulting career.

What do you think is the most misunderstood aspect of being a consultant?

That you make money! I mean all joking aside, you’ve really got to hustle for work. I think a lot of people who are considering being a consultant possibly don’t recognize the power of a consistent paycheck in the corporate world. When you go to consulting, you are the CEO, and a CFO, and accounts payable and accounts receivable, sales, development—  all those things wrapped into one.

"To me, I think the most misunderstood aspect is just how much work actually goes into the business that’s outside of your expertise."

I think a lot of people really might downplay that; that a lot of times I’m writing up invoices, different things like that. The other thing is that a lot of consultants, especially staring out, they may not value their expertise as much. . .just because it comes easy to you and you’re in it day-in and day-out, you have to really put a smart value on that because you are an expert.

How does your engineering background influence your approach to marketing?

For me, having a more scientific background and having to go through all the different labs and math and all that wonderful coursework that is more technical in nature gave me this notion of testing: I’m not going to just throw out copy to try copy; I’m going to run tests, I’m going to see what wins.

If there’s a new product I don’t trust my reps at social media platforms to tell me how wonderful this product is because their job is to push the product. So I will test it out myself. I think that’s the number one advantage my engineering background has given me: The scientific method. You have to make your guess and test it to really know what works, especially as these technologies are rapidly evolving.

When I was in the corporate world- and even personally- I always allocated 10-15% of the budget to experimentation because when the products are rolled out and they’re brand new you can get a lot [out] of them. By having that budget to experiment and test you might stumble into something before the marketers ruin it, as Gary V says.

It’s not only staying on the bleeding edge of the trends, but also really getting the most value out of those trends as well.

What do you think is the most misunderstood part of social media marketing?

That organic matters. Because organic is totally dead; it’s been dead for a long time. We have this issue where a lot of people are still in this post-2007 hangover where business were allowed to start having business Pages on Facebook and they think all they have to do is “post it and people see it” when in reality if you post something maybe 2-5% of your audience- especially for a B2B business- is going to see your post, and then you start looking at the standard, very-good internet click-through rate of 0.4%. . .I mean if you have 100,000 people, that means that only 2,000 are going to see it and then 0.4% of that. . .like 80 people are going to click through.

I think it’s really important for businesses to know social is 100% a paid channel and any consultant that comes in and says “Oh, you need to post culture things on Fridays, and we need 3 posts a day. . .” None of it matters. Zero. Absolutely zero. It’s a pay-to-play game. Naturally if you have more people- if you post more often more people see it- but it’s such a fraction of the audience that it’s silly to play that.

And I actually went through and proved this out, by showing that even someone with 61 million followers such as Kim Kardashian- for something that’s not newsworthy- [only] thousands of people engage with it on a 61 million follower account. I did that to bring in the pop culture [element] and drive home that this stuff really does not matter organically.

How do you think influencers will continue to shape not only social media marketing, but comms strategies in general?

I think influencer marketing is also on its way out; everyone’s an influencer now and a lot of them do these gimmicks like they buy followers, on top of the fact that more and more people are on the social platforms so it’s easier to accumulate followers anyway.

As a brand if you’re going to get into influencer marketing, you need to find an influencer who has real engagement because it goes back to organic social being dead. If it’s dead for a company, it’s dead for the influencer as well.

I think the sweet spot honestly are the micro-influencers; they’re super active with their followers and the followers engage with them at a level you [as a brand] don’t see because they’re engaging back. By and large, these guys aren’t trying to be an “influencer” they just enjoy doing it, so the price works out for the business and it works out for the influencer if it can be done well.

The only except to that is- and it’s starting to change, especially with the fake followers- is Instagram has a fairly large organic reach still. You can compare Kim Kardashian’s reach on Instagram to Twitter and her Instagram is a whole different ballgame. Instagram is still the place for influencers, but I still think it’s overrated.

And it’s not just because I’m not an influencer. I wouldn’t put my money behind it.

Every year of the past few years has been predicted to be "The Year for Video". Do you think we're finally there, and how else do you see video evolving?

I think video has steadily grown. The social platforms are still figuring it out; the one thing they remember is that it’s not your mama’s video. Back when YouTube was counting a view as 30 seconds, that’s a real view in my opinion. Facebook is counting a view as 3 seconds with audio off, which is important to understand.

Video is 100% the way to go; I spend a lot of money on video myself, promoting it not producing it. (There’s a great article on Wistia about producing video and the different budgets.)

I think it’s the way to go and it’s only going to improve especially as we actually start seeing the 5G phones start to come to life.

Got a great candidate for this series? (That candidate could even be you!) Find @SparkerWorks on Twitter and let her know.