Lianna Brinded: There are things I would not have known about if PRs hadn’t reached out to me 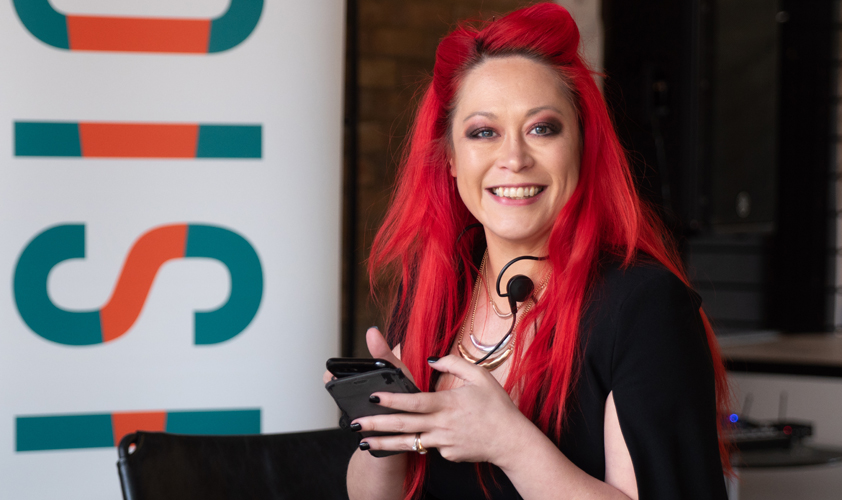 The pitches that worked best or resonated with her the most, she revealed, were the ones where communicators had done their research and really understood what Yahoo
Finance UK covered and what the team had previously written about.

She said: “The pitches which have worked best are where it’s very clear that the person has read something or understands what we’re looking for. Just that little bit of care, I always find that that’s brilliant, as it makes us feel like they care about us writing
about it.”

Conversely, she recounted occasions where she had been called “Linda” and communicators had got her publication wrong as among her worst pitching experiences.

Brinded covered a range of subjects over the course of the briefing, including why the title’s content is mobile-first, the evolution of Yahoo Finance UK and how its audience is changing, plus its new premium Global Change Agents with Lianna Brinded video interviews.

As one of the largest business and financial news sites in the world, mobile is key to Yahoo Finance UK.

“I think you’ve got to look at the industry overall and how people consume news,” she explained. “It’s not just that people are going online, they’re using mobile rather than desktop.

“It’s actually amazing phones are still called phones, as people don’t use them for calling people anymore. We use them to look at content, and that’s why it’s really important to think mobile-first, it drives the way we look at news stories, sometimes you just want
to be told or watch what the story is.”

She noted that while that did mean that the team were increasing the amount of video and audio content they produce, such as video interviews and podcasts, original, quality editorial is still key to Yahoo Finance UK, particularly long-form features or investigations.

One of the site’s key video series is Global Change Agents with Lianna Brinded,
which sees Brinded interview some of the world’s most influential women about their lives and careers.

When asked about the type of interviewees she was looking for, Brinded emphasised that she wanted to speak to women with new and interesting stories to tell, rather than purely focusing on leaders who have been interviewed lots of times by many other outlets.

“It’s why we wanted to do it, to give all these incredible women who hadn’t previously had a prominent platform who genuinely are changing the way that we run things in our lives,” she enthused.

She stated that the profiles are what people “need to know about”, rather than giving the same people the same platform over and over again.

Brinded highlighted that while the site was still creating content to cater for and grow this important traditional audience, she was also focused on creating content which was relevant to both a younger and more female focused audience.

She said: “All the different kinds of content we’ve added is growing that audience. Whether that be work and management, personal finance or more on the intersection between finance and politics, all the stories which make our day go round.”

As Brinded indicated, Yahoo Finance UK has evolved from simply aggregating stories to developing its own original content focused on breaking stories and scoops. Lianna said that her aim when she started was to grow the brand in the UK into a premium newsroom.

She accepted that there is a huge amount of competition in the sector which
Yahoo Finance UK would have to differentiate itself from, but was confident that the site’s nimbleness – by not having defined lead times or regular features to fulfil – gave it an advantage.

Brinded outlined: “We’re going to double-down on areas like fintech, banking, work and management, personal finance and CEO themes and stories and look to become the go-to 360 site for all of these – without the political leanings.”