The 2020 State of the Election

Maxwell McCombs and Donald’s Shaw Agenda-setting theory has stuck with me from my college days. Before that communications theory class, I never really thought about the media’s responsibility– and the power it has– to set, prime, and frame the public agenda.

In last week’s State of the Election analysis, we at Cision extracted the key messages from Biden and Trump’s Democratic and Republican Convention speeches and benchmarked them against the most important issues of the 2020 election, as defined by Pew Research.

This week, we are going to spotlight a handful of those key issues to uncover how the media is covering them, nationally and locally. 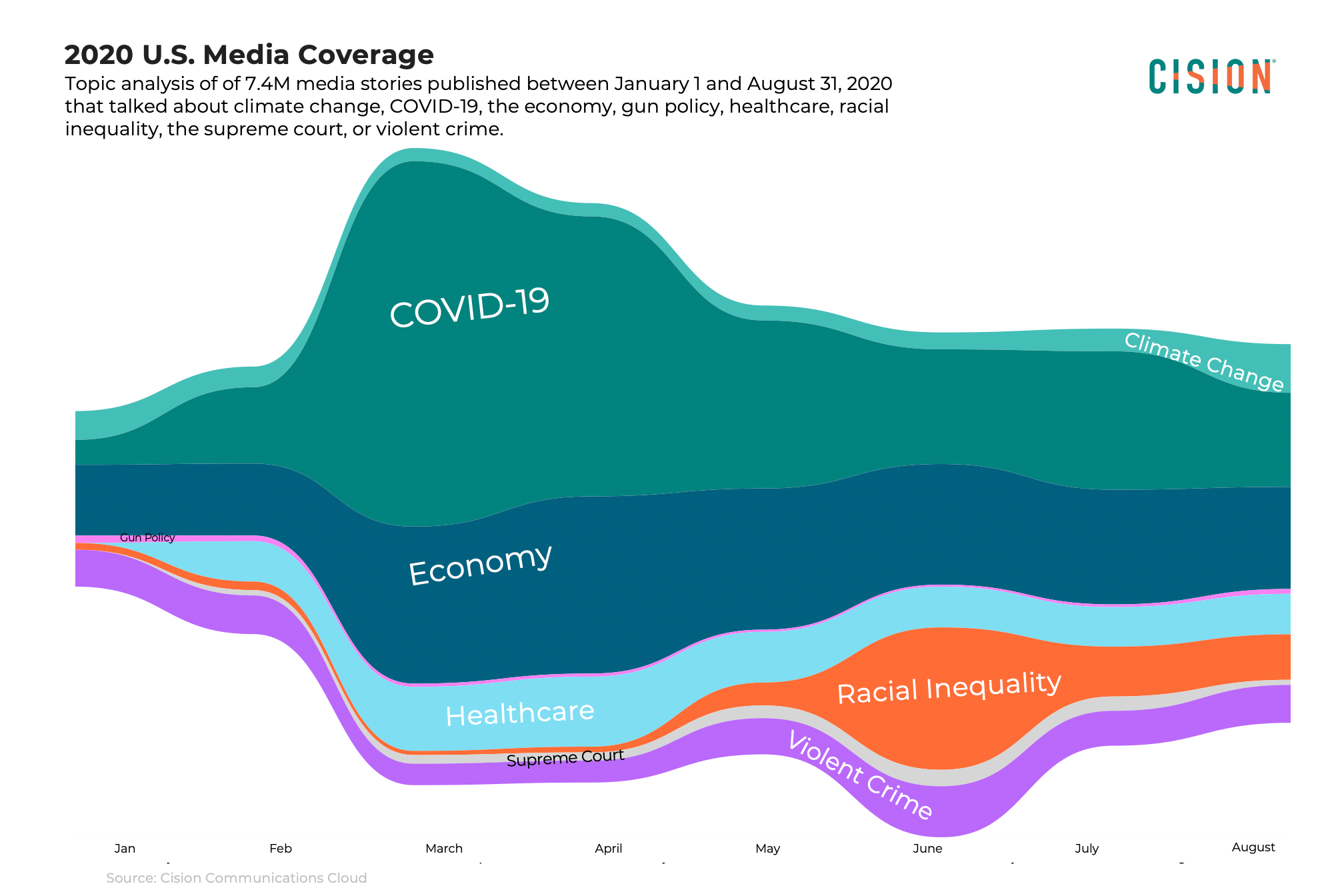 While it’s interesting to see how media narratives change over time, it’s also important to know how the media is covering those topics today— especially as we inch closer to the election. Additionally, it’s important to look beyond the number of mentions to assess how the media is framing these key issues.

An overwhelming amount of economic-related coverage paints a gloomy picture. In the past 30 days, 2.7x more stories were published about economic pressures– unemployment, recession, and bankruptcy– than economic optimism such as stock market highs, job creation, and economic growth.

When it comes to healthcare– the second most important issue for voters– another theme emerged. The media consistently covers challenges many Americans face, including high healthcare costs and pre-existing conditions. The Affordable Care Act, which was enacted more than a decade ago, continues to garner significant coverage. Messages like “repeal and replace” and abortion did not rank among the top healthcare stories.

Note: Due to small amounts of coverage, I skipped over third issue of the supreme court.

The coronavirus pandemic, which is the fourth most important issue for voters has received the most media attention. An astounding 4,400 articles a day were published in the past month that talked about infection rates and death counts. While it’s certainly good, transparent reporting and keeps citizens informed, audiences are definitely experiencing coronavirus fatigue. And the media is scaling back their coverage.

But what about local coverage?

It’s no secret, the keys to the white house are in the hands of voters from a handful of states. It’s also true that more Americans place trust in their local news than national news. Local media will play an important role in swinging undecided voters left or right. We are going to look at media coverage as it relates to key issues in Arizona, Florida, Georgia, Michigan, North Carolina, Pennsylvania, Texas, and Wisconsin.

In the past 30 days, swing state coverage of key issues is closely aligned with the national narrative. There was no more than a 2% discrepancy than the national share of voice. However, broken down by state, a few things caught our eye:

Here are presidential election focused press releases distributed by Cision PR Newswire from the past week:

Want to follow your industry as carefully as we’re following this election? 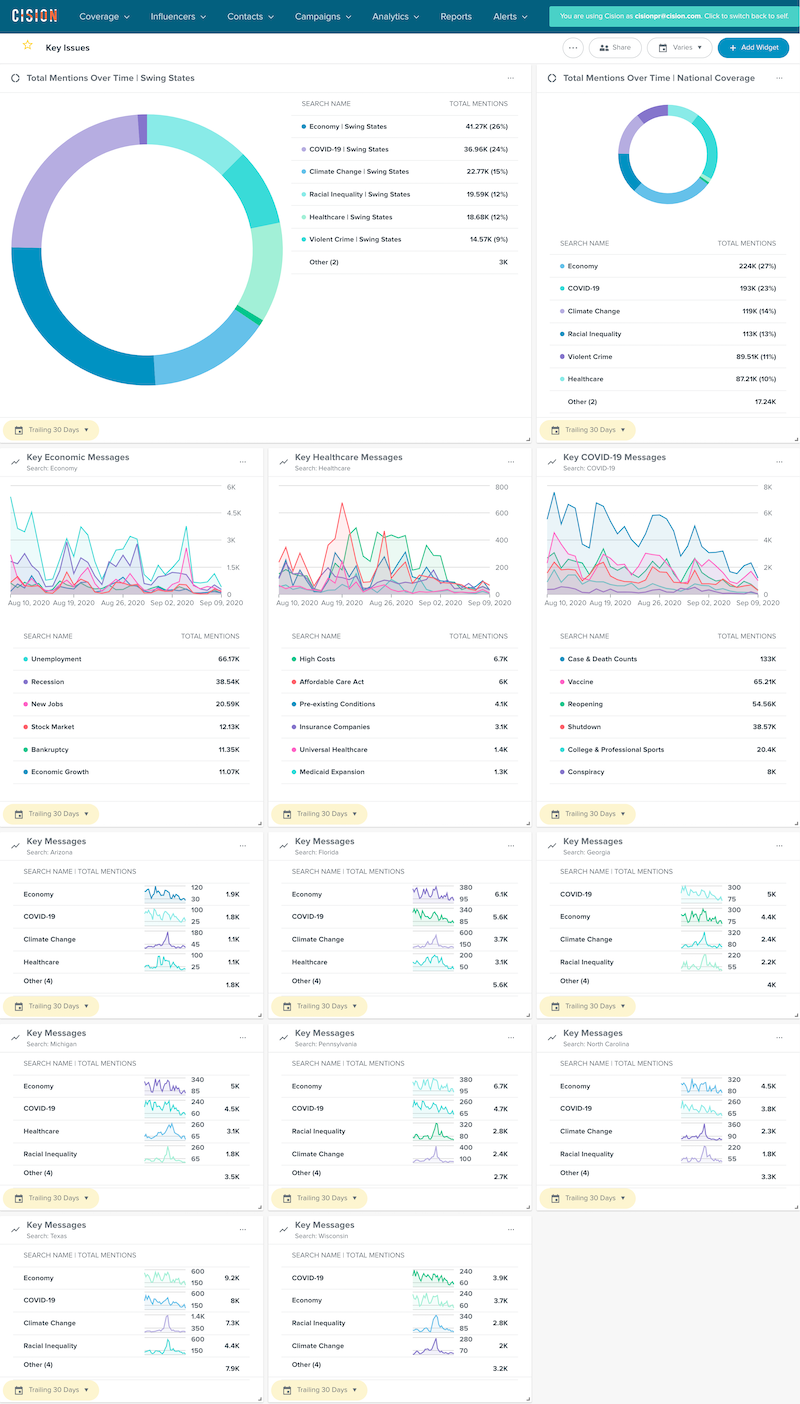