How Big Was the Buzz at Social Media Marketing World?

Social Media Marketing World ended March 27, and social networks are likely still panting in exhaustion after handling the surge of tweets and posts from the 2,500 attendees.

Here are some highlights:

Where did the buzz come from? 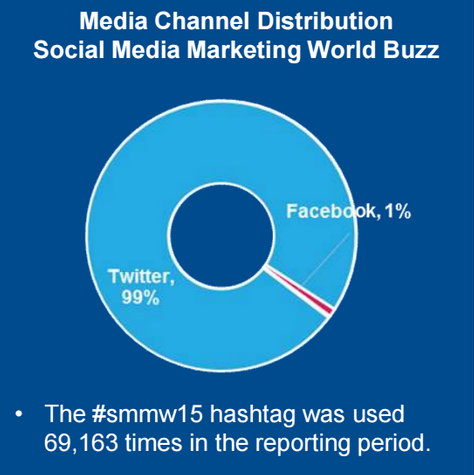 As seen time and again with breaking news stories, Twitter reigns supreme when it comes to communicating quickly.

Social Media Marketing World was no different as attendees tweeted and tweeted…and tweeted.

What happened to the other 1 percent? That belonged to Facebook.

When did it start?

Unsurprisingly, the event’s buzz resembles a bell curve with posts picking up steam from March 23 to March 25, peaking on the 26th, dropping slightly on the 27th, and petering out from the 28th to the 30th.

Interestingly, the pre-conference posts outnumbered the post-conference posts, perhaps indicating excitement in anticipation of the event and a group of fatigued attendees after.

Who got the buzz? 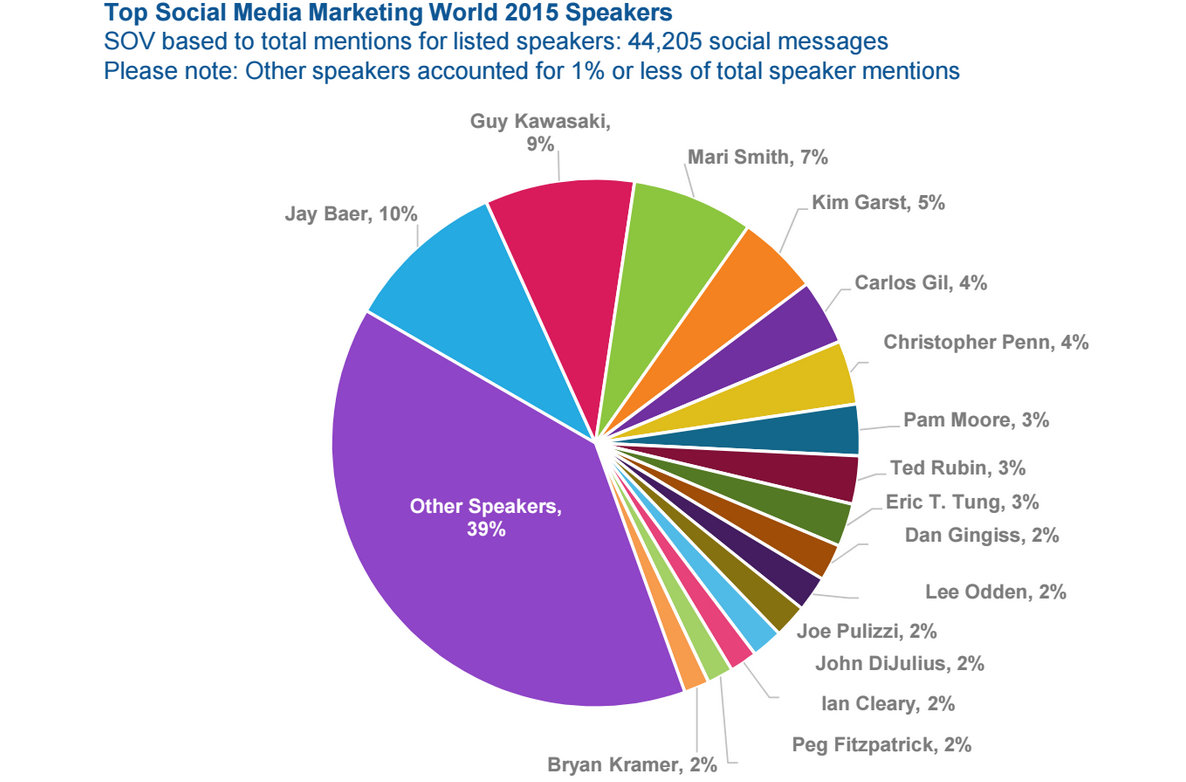 Social Media Marketing World is known for having an incredible lineup that includes dozens of the industry’s top minds. It’s no wonder they were mentioned in 62 percent of event buzz, more than 44,000 social messages.

In all, 17 speakers had 61 percent of the total mentions. A lack of distribution could be attributed to keynote speakers, who were able to speak to the entire audience at once, and to particular tracks being more popular than others.

What were people saying? 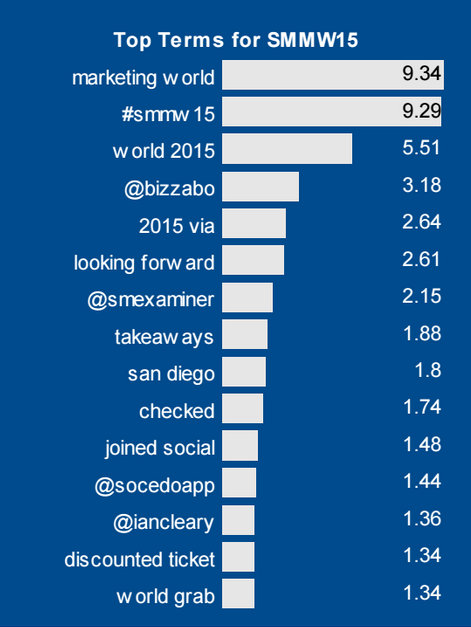 Some variant of “Social Media Marketing World” made up the top three terms. “Marketing world” claims the top spot at 9.34 percent and was followed by “marketing world” (9.29 percent) and “world 2015” (5.51 percent).

The most mentioned Twitter handle was @bizzabo (3.18 percent), the creator of the app that attendees used at the conference.

Overall, the social net sentiment for the event skewed positive (+2.8 percent) due to the excitement for speakers, tools, tips shared and the event in general.

While about 7 percent of comments were positive, roughly four percent were negative. You have to look beyond the surface of the numbers in this case, though.

Many of the negative comments came from attendees expressing disappointment the event had to end, frustrations about the weather, and “fear” of data analysis or social media!

Approximately 90 percent of the content was neutral in tone, likely due to the fact that many posts were quotes and tips.

Want employees to be as active on social as these attendees? Check out our latest free tip sheet now!

Brian Conlin is a content marketing manager for Cision. A former journalist, he enjoys researching and developing accessible content. When not writing, you will find him watching baseball and college basketball, sampling craft beer and enjoying Baltimore. Find him on Twitter @BrianConlin13.