The panel began with an obligatory selfie from Willinger, and what ensued was a discussion outlining several key topics that included social media skills, navigating advertising and new media channels, using hashtags for brand building, the impact of influencers on branding and the future of social media.

Saper and Serr, both with a background in journalism, emphasized the effectiveness of traditional communication skills when using social media to build brand interaction. Saper explained the importance of these skills. “Mastering writing skills is a huge part of using social. Brands are always looking for new ways to communicate with customers.”

Serr said that research to gain consumer insights is imperative for social media. She added that once knowledge of consumers is collected, using social media analytics is beneficial in effectively using the data.

Shimala, with a background in visual design, credited his creative interest in video and being an early adopter of new media platforms as skills that have benefitted him in telling the Threadless story.

"Do tell, don't sell. Tell the story and where things come from." – @SocialJustin #SMCChicago

Serr explained the limitations of using social media for a global corporate advertising agency. While Saper and Shimala talked about being able to be more adventurous in their social media creativity with their respective brands, she stated that major clients may be hesitant to adopt new social media platforms. She does, however, acknowledge the importance of being optimistic with new forms of advertising. “We try to push clients to try new things if it fits in with the brand.”

The panelists agreed that hashtags can be helpful in identifying a consumer base. Saper said that they can be especially convenient on Instagram – specifically for event marketing – and he stressed the importance of thoughtfully selecting them. Serr added that hashtags can be a formative element of an advertising campaign. “They can be a tagline, on ads and on social where consumers can spread your message.”

Shimala agreed that hashtags are helpful for finding community members that like brand products as well as for building influencers.

The importance of the role that influencers play depends on the relationships that a brand strives to build. At Social@Ogilvy, influencers can have a large impact on a social media campaign. “They function as mini-spokespeople to help extend our reach,” Serr said.

Both Saper and Shimala pointed to established consumers as influencers. Saper feels that treating customers well leads to recommendations that carry weight when they tell their friends about their experiences with the brand. In this sense, the community following Threadless’ social media acts as influencers. “Our whole community is our influencer. Without their decisions, we would not be us,” Shimala said.

THE FUTURE OF SOCIAL MEDIA IN BRAND BUILDING

Each panelist pointed to a specific area of focus regarding the future and evolution of social media for their brands. Serr chose content marketing as an important element for reaching an audience. “When it comes to social, it needs to fit into a larger content marketing strategy. For a while, social was doing its own thing, but now that there are more eyeballs on it, focus on consistent content.”

Shimala said that Threadless will focus more on allowing their customers creative options like there forth-coming Artist Shops, a feature that will allow customers to design and sell their own T-shirts through Threadless’ processes of shirt printing, packaging and shipping.

Saper pointed to the importance of continued emphasis on building relationships with your audience through an anecdote about a customer tweeting a special birthday request. He honored the customer’s request because brand building requires personal touches. “It’s no longer about chasing likes, it’s about being likable.”

Social media has become a crucial aspect for brands to build an audience following. Like all relationships, to have an impact, social media interactions should be developed through thoughtful dialogue. Moderator Willinger summarized how imperative conversations are for media campaigns. “Anybody can ‘like,’ but not everyone comments.” Comments show that the audience is engaging with your content and strengthens brand credibility.

"Commenting is the new like." – @jwillie at tonight's @SMCChicago event! #LifeAtGA #SMCChicago

For local Social Media Club events in your area, check out your local chapter here. 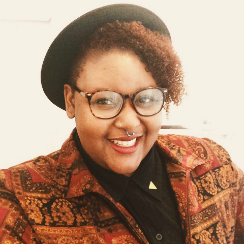 Niki Madison writes daily updates and features for the Cision blog. She is a media researcher at Cision, specializing in print media with a focus on newspapers. She is a freelance graphic designer, enjoys dancing feverishly to live music, the fashion and pop culture of the 1980s and 1990s, and is a sucker for cat memes. Follow her on Twitter @nikimadison1.