What Do Travelers Expect From In-Flight Technology? 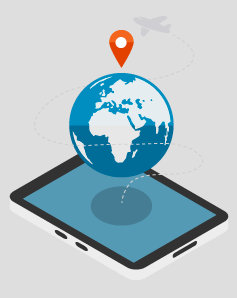 How does travel technology impact your brand? Click here for our free white paper!

Estimates for summer air travel by the industry group Airlines for America predict that a record 222 million travelers are expected to fly between June 1 and August 31. That’s an average of 2.4 million people traveling daily.

A review of nearly 120,000 posts from travelers discussing the in-flight experience on social media channels during the past six months surfaced some of the in-flight travel expectations of this audience.

Check out some of our findings, including our infographic below!

Regardless of the duration of the flight, in-flight entertainment was top of mind among travelers, mentioned in 18 percent of in-flight travel discussion. Travelers shared articles on Twitter or Facebook detailing best-in-class in-flight entertainment offerings, or links to download carriers’ IFE apps. Authors shared industry accolades, such as Emirates’ Information, Communication, Entertainment (ICE) system, received AirlineRatings.com’s award for Best In-Flight Entertainment for the second year in a row.

IFE options directly impacted many travelers’ purchase decisions. As travelers looked to book flights, many researched what options would be available on the airline, the specific plane they would be traveling on or reached out to forums for input on the topic.

Not long to go now boys…For those of you taking an electronic device eg ipad, ipod touch or android don’t forget to download the free Virgin Entertainment app so that you can access the wireless in-flight entertainment. Check out how at http://www.virginaustralia.com/au/en/experience/on-board-the-flight/in-flight-entertainment/#international-short-haul And don’t forget your ear phones!!

… their cabins are extremely old and worn (on 777 routes from Gatwick) and their IFE system is old, clunky and has a poor selection. Makes for a fairly uncomfortable flight, but if you’re forced to fly with them then it’s a means to an end.

I will be flying business class from Porto to Newark in early March. I have read some reviews of TAP, and it appears the older planes have poor in flight entertainment, while there newer planes actually have good IFE. It looks like I am flying an Airbus 330. How can I tell how old the plane is. Pretty much I am wondering what type of in flight entertainment I will have. As an aside, will my seats recline 180 degrees? Thanks in advance.

… I had a look at the Business class seat and it’s an extremely old version! No screen on the back. The IFE is not on demand, so if you miss the start of a movie, you’re going to have to wait – are we back in 2000?

Unbelievable airline – paid several thousand dollars and the IFE doesn’t even work! What gives? This airline is the worst and I’m never flying them again! At least DL and AA have working TVs – is it that hard to ask for working TVs for customers paying so much money?! It’s 2015!!

Just sat down on the plane with young family in tow. No IFE – in this day and age? WTF. 10hr flight. My toddler’s tablet is drained so he’ll be a nightmare and the missus hasn’t got anything at all to read or watch.

The availability of in-flight Wi-Fi was a selling point for travelers, surfacing in 15 percent of social discussion. Results from a 2014 survey by Honeywell International that appeared in the Washington Times indicated that roughly one in five travelers switch from their preferred airline carrier to one that offers better Wi-Fi. For others, perhaps more frequent travelers, Wi-Fi was viewed as a standard offering, surfacing pain points related to cost and connectivity.

TOO funny… I get this E mail … saying pre pay for your DIRECT TV OR WiFi, before my flight.. Funny, last 3 flights DIRECT TV and WiFi were not working

WiFi on flights can be rather expensive and slow, but if you’re a business user or someone who has the need to constantly stay connected, this is a service that you will just need to pay for…

Conversely, a number of travelers were less concerned with IFE and Wi-Fi aboard the plane, noting that they packed iPads, tablets or other devices to keep themselves or children entertained, but noted that luggage allowance and baggage fees were a higher concern.

The IFE is not an issue with us, we take IPads and the like, but the luggage allowance would make a difference to us, as we like to shop.

Travel fees, whether for Wi-Fi, baggage or extra leg room, were frustrating to travelers. Conversation about fees within in-flight travel discussion accounted for 8 percent of social conversation. Some cited international air carriers as providing better experiences without the fees or being surprised by fees for carry-on bags.

After flying 2 foreign airlines today, I can honestly say our american domestic airlines are complete garbage. We flew cheaper, in nicer planes, free wifi, no hassle for carry-on luggage, no additional charges for anything, we had leg room….

I just found out that one carrier now charges for CARRY ON baggage. I will not fly that airline again and I find it deceiving that this completely out of the ordinary charge is not listed up front. Which I believe Expedia should have listed. Who doesn’t fly with at least a carry on?

As technology offerings continue to advance, consumers expectations will also evolve.  Monitoring consumer perceptions across media channels helps identify what current expectations are, as well as keep a pulse on how these expectations shift over time. By identifying and understanding these expectations, brands can better manage consumer expectations, communicate messages that resonate with their target audience and meet consumer needs.

Want more details on what travelers want? Read the full-length white paper or check out the infographic below!