Social engagement and virality have been indicators of the viability of candidates in the 2016 presidential election cycle.

Engaged social followers are translating into voters, as Cision accurately predicted that both Trump and Bernie Sanders would win the New Hampshire primary and lose the Iowa caucus. 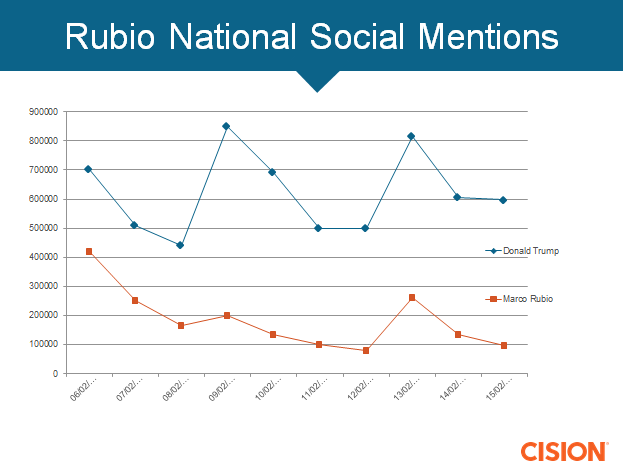 Nationally, Rubio no longer competes with Trump. In terms of total social mentions, his highs are too low, and lows even lower.

With Rubio’s overall share of voice resting between 5 and 10 percent in national and state level analyses, he’d need to increase social engagement 500 percent to begin competing with Trump. It also seems fitting that he is tied in the polls with Ted Cruz, Jeb Bush and John Kasich, all of whom are sitting between 13 and 14 percent. 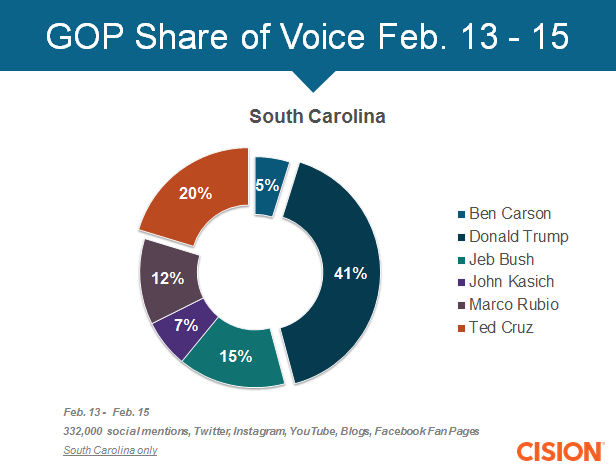 If Rubio is going to compete, he’ll need his team to find new ways to engage with voters. His top staffers on Twitter don’t have as large a following as Trump’s staffers, but if he wins, these are the foot soldiers who will help him do it:

The top staffers and number of followers were pulled on February, 16 2016.