When Tragedy Hits, Should Brands Take to Social?

“As much good social media has brought to us, it has also disconnected us from the human element.” – Kim Garst

I took away a lot of learning experiences from the Social Media Marketing World in San Diego. It was filled with amazing social media tips, ideas and strategies that I have taken back to work with me. But it was Garst’s quote that really got me thinking.

If you think about it, social media, in a way, is an oxymoron. It has allowed us to connect with millions of people on a day-to-day basis. It has opened up conversations with people that we wouldn’t be able to speak to unless we traveled around the world.

So when a tragedy happens, is it okay for brands to respond? Or should they remain silent?

Stay Quiet or Speak Up?

With more people discussing current events on social media, brands often take to their Twitter, Facebook, Snapchat and other social accounts to participate in the conversation when big news breaks.

Last Thursday, as disbelief spread across the globe and people started processing the shocking news that 57-year-old music legend Prince had died, brands, businesses, sports teams and others shared in the collective grief that filled the social-sphere.

I saw some brands pay tribute to the legend in a very tasteful way, simply saying “rest in peace,” posting graphics with lyrics from Prince’s songs or referencing the legend’s signature color, purple.

I also saw some brands use the death of Prince as a way to garner publicity. They had their own agenda in mind and used this as a way to get a few extra retweets. Some brands have since taken their tweets down, which shows they’ve realized their shares were in poor taste.

Advertising Age has a rundown of social media posts that went up after news broke of the legendary musician’s death. It includes a few companies that pulled down their tweets after getting pushback from Prince fans who saw the posts as opportunistic.

In this post, I want to highlight brands that responded tastefully to the news. These brands chose to share a heartfelt message, instead of using it as a way to promote themselves in the face of someone’s death.

A purple nebula, in honor of Prince, who passed away today. https://t.co/7buFWWExMw pic.twitter.com/ONQDwSQwVa

Prince was a true original and a Minnesota icon. We will miss him dearly.

Should Your Brand Respond?

Follow these few steps when trying to decide if your brand should take to social media after a tragedy hits:

1. Only post if your message is heartfelt. Keep logos and marketing tactics out of it. Remove your brand from your message and share a post that is truly meaningful. Keep your own agenda on the sidelines.

2. Listen, listen, listen. Your brand can leverage social media listening tools to uncover the sentiment of posts from other brands and better understand your audience. Is the tragedy you are crafting a response for something that matters to them? Listen.

3. Don’t worry about being first. Yes, in the world of social media, timeliness matters. But after a tragedy, don’t worry about what order your message gets posted in. A well thought-out message is more important than being the first to respond. The last thing you’d want is a crisis to strike due to lack of thought.

When posting on social media, tragedy or not, remember to be more human. Your audience will sense if it’s truly authentic or not. 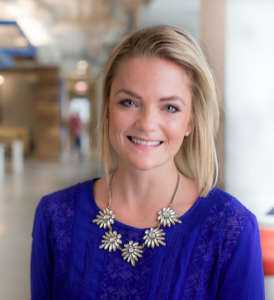