Behind the Headlines With Steve Majors 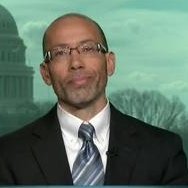 Your communication is only as strong as your relationships.

In this interview, Steve discusses what he learned from working in television news, the skills needed for successful media relations and how to improve your pitching strategy.

How did you get your start in PR and communications?

I started out on the other side of communications equation as a journalist. Specifically, I was a television news producer. When I felt I had done most, if not all, I had set out to do in my career, I took a hard look at my skills and realized that I could put my passion for communications to work for a purpose that was close to my heart.

I was living in New Orleans at the time and introduced myself to Malcolm Ehrhardt and Marc Ehrhardt of the Ehrhardt Group. Their public affairs agency was at the center of so much that was happening to rebuild trust in public institutions after Hurricane Katrina. They gave me the opportunity to work with clients in virtually every sector – education, healthcare, criminal justice, housing, hospitality.

You can imagine the scale of work that had to be done to help these institutions and their leaders in the weeks and months after the storm. I’m proud to look back on that work and know that I played a small role in helping that community rebuild and revitalize itself.

You’ve held several positions in television news. What did you learn from those experiences?

My first job was shortly after grad school was at a TV station in Columbus, Ohio. From there, I hopscotched across the country and up the DMA ladder to markets including Cincinnati, Pittsburgh, Detroit, Tampa and Los Angeles.

Those in-the-trenches skills helped me land a job at CNBC in New York. From there, I worked at MSNBC and then at the weekend edition of the Today Show. I honestly feel like I was the Forrest Gump of TV news for several of those years. I remember standing in the TV control room during the OJ Simpson Bronco chase. I recall watching the dot.com bubble begin to burst in real time during my time at CNBC.

At MSNBC, I watched the twin towers fall on dozens of television screens and stood there transfixed. Later, I helped produce shows that featured many of the political and policy players who would later be called to account for their role in supporting the invasion of Iraq.

Along the way, I met some tremendous people – folks I worked alongside in local TV who are now well-known nationally. And I worked with some incredible folks who were nationally “famous,” but who are the most down-to-earth, good-hearted people you’ll ever meet.

I learned that it’s all about relationships. Whether you are working as a journalist or working as a public relations professional, the quality of your relationships makes all the difference. It opens doors, mends fences, greases the wheel and ultimately makes the work and your life more fulfilling. 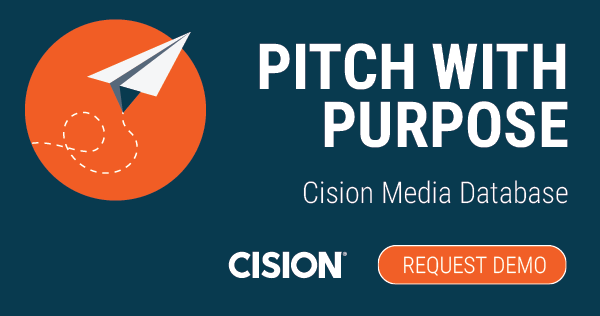 What are some of your tips for improving media relations?

Recognize that media relations is an art and a science. I think too often as practitioners we rely on one of those skills over the others. Either we are great writers or story pitchers or we excel in maximizing the distribution of stories and measuring their impact.

What are the biggest pitching mistakes brands make?

That’s a great question. (Can you tell that I’m using the old interviewee stalling trick?) Ok, now that I’ve had a chance to formulate an answer, let me offer some great tips.

1. My biggest pet peeve is…This doesn’t happen in my current position, but I have previously run into journalists who don’t acknowledge that public relations professionals can help them do their job. There are still a few writers and editors out there who believe that PR people get in the way of their work.

What they don’t realize is that somewhere in their reporting process, PR people are already deeply involved. They have helped synthesize data in a report. They have crafted charts and graphics. They have written fact sheets. They have crafted the language about the brand, product or service that will eventually become commonly used in the media. They have counseled a client in crisis to tell the journalist and the public the truth.

They have even picked the best time, date and place for the news to become known news. They are professionals as well. Ok, this was supposed to be rapid fire, so I’ll get off my soap box now.

2. My hobbies outside of work include…reading and writing. Whether it’s 140 characters on Twitter or the latest historical biography, I still like to keep up on top of the news and current (and historical) events.

3. The thing that gets me up in the morning is…crickets. (the sound of my alarm)

5. If I won the lottery, I’d…insist on editing the Lottery’s press release about me.

You too can be a headline maker.

The key is understanding your communication’s impact and how those insights will improve your future efforts. Request a demo now to see how Cision can help.